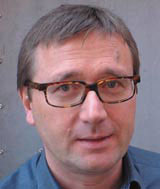 Rune Gustafson, 20/20 managing director, has left the group after eight years, it has emerged this week.

A 20/20 spokesman says Gustafson left on 19 September as a result of ‘irreconcilable differences between himself and the two other board members [director Bernard Dooling and chairman Richard Mott] over the direction the company is going to take’.

Gustafson says the split was ’emotionally painful, but not acrimonious’. ‘Any partnership will have differences, which you live with because of its common strengths, but [the relationship] had become more and more separated,’ he adds.

According to the spokesman, 20/20 has no plans to replace him ‘at this stage’, although Mott will assume some of Gustafson’s responsibilities in the short term.

Gustafson has joined the London office of US-based Lippincott Mercer as a senior partner. He says he will work alongside the other senior partner, Simon Glynn, on ‘replicating the capabilities of [the] New York [offer] in London’ and ‘establishing a true European base’.

He describes the positioning of the consultancy as a ‘blend of design and strategy’. Lippincott Mercer was created earlier this year, following the merger of Lippincott and Margulies, founded in 1943, with the ‘brand science’ arm of its sister company Mercer Management Consulting.