The affluent London district of Belgravia has revealed a rebrand, which looks to broaden the area’s appeal and showcase its cross-sector offerings.

SomeOne design studio, also based in London, has created the new identity, which includes a bespoke typeface, graphic pattern and new mascot in the form of an Italian greyhound.

The work has been commissioned by Grosvenor Estates, a property group which owns much of Belgravia and manages properties in the area.

“Belgravia is not well understood by the visiting public – few people know where Belgravia begins and ends,” SomeOne founder Simon Manchipp says. “Old preconceptions of limited shopping, eating and drinking options are entirely out of date.” 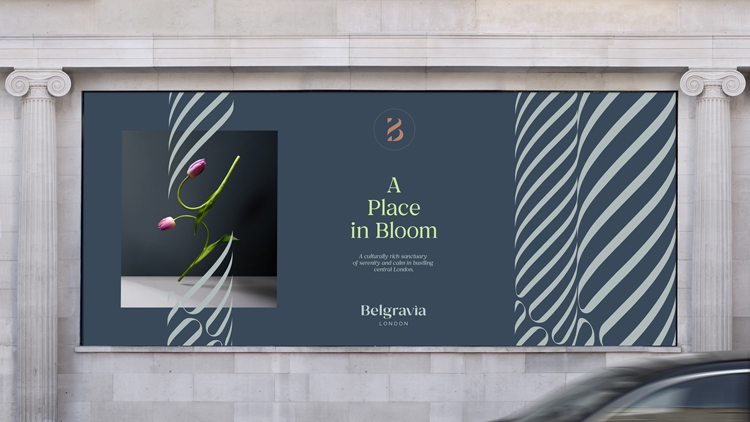 Manchipp explains that one of the ambitions for the identity was to highlight the different areas within Belgravia.

These include the “fine food and fashion of Motcomb Street”, the “timeless elegance of Elizabeth Street” and the “more radical remix of Belgravia found in Eccleston Yards”, he says. 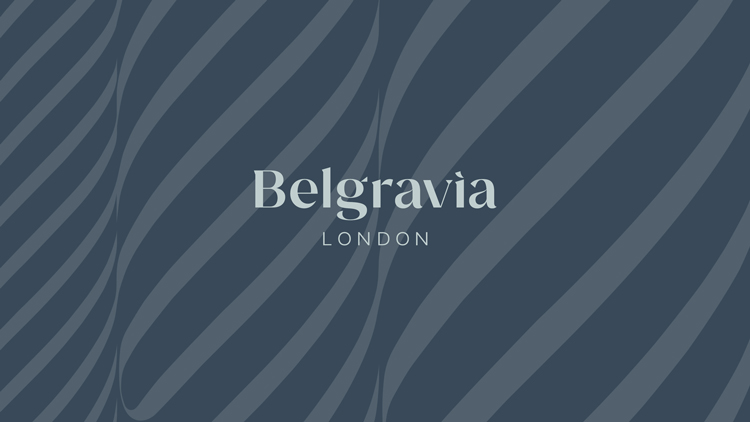 The task was to create a “flexible visual and verbal design system” across all these areas and services, Manchipp adds.

The central visual theme has been inspired by the colonnades found in Belgravia, which appear on the stucco fronted houses throughout the district. 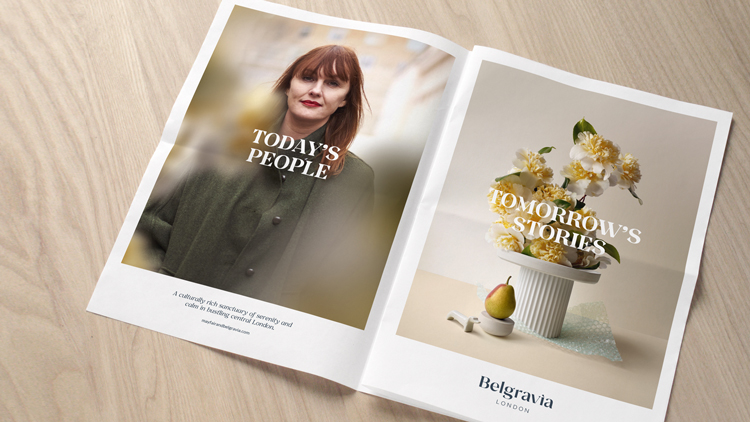 This system “enables contrasting offers to be united through a common visual language”, Manchipp adds. It has also inspired a graphic pattern, which can be animated.

The architectural forms has influenced the bespoke typeface, from which the ‘B’ icon has been taken. 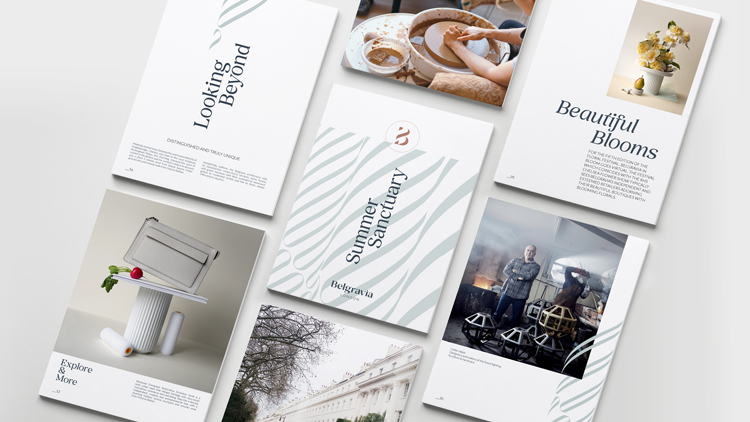 Belgravia also has a new mascot – an Italian greyhound called Belle. “Mascots have a long and proven history when it comes to making brands more approachable,” Manchipp says.

He adds: “We introduced Belle to help raise interest levels, add charm and help guide people through the many stories that Belgravia looks to tell over the coming years.” 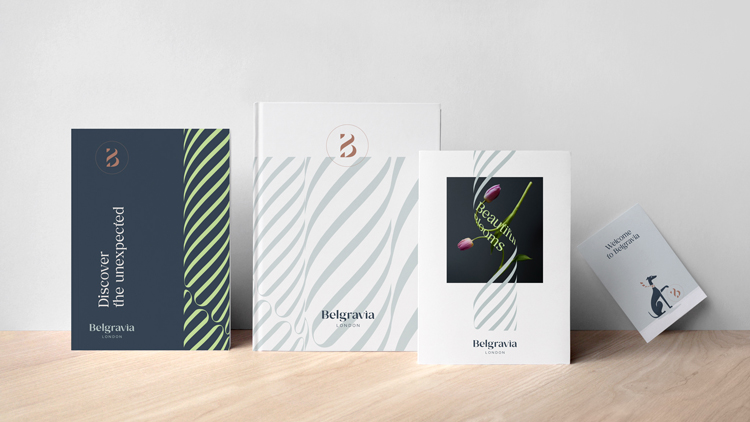 The new identity also features photography and illustration which will change according to the seasons.

SomeOne designer Gina Hopkins says that the key to the new branding is channelling the “quiet confidence” that defines Belgravia. “The beautiful architecture and surroundings do much of the talking,” she says. “We simply provided a flexible design structure to support it.”

What do you think of the new branding for Belgravia? Let us know in the comments below.