“My job is to take a two-and-a-half-hour stage production and distil it into a two-dimensional graphic,” says Frank “Fraver” Verlizzo.

Known as one of Broadway’s most prolific poster designers, Verlizzo has worked on everything from Gypsy, to The Lion King, Follies, Cabaret, Misery, Sweeney Todd and Sunday in the Park with George (his favourite poster of his career). But as he explains, rejection and tweaking are as much a part of the poster design process as anything else.

As the coronavirus pandemic continues to prevent audiences returning to theatres, he is opening his archives to raise money and awareness for two charities, Broadway Cares and Equity Fights AIDS. Verlizzo’s Broadway is Alive project, launched in collaboration with production partner Gelato, invites the world to look at and buy the theatre posters that might have been. 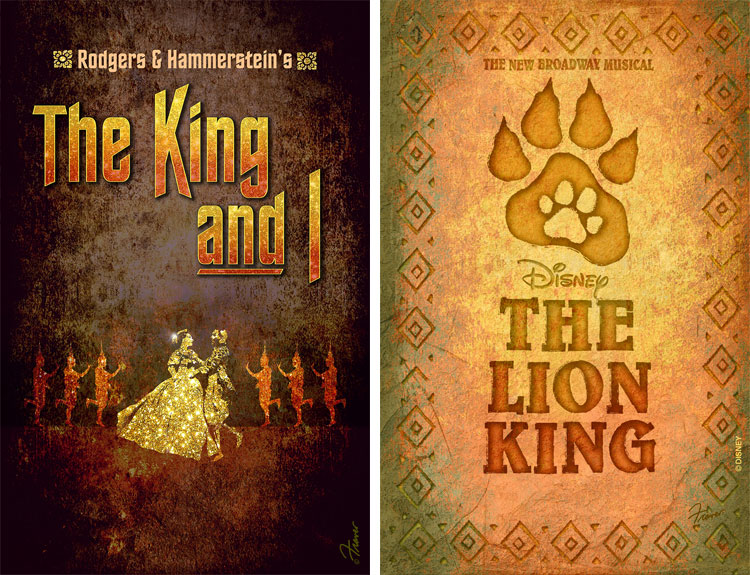 The “other” Lion King poster

One of the most well-known productions to be included in the collection of “rejected” posters is The Lion King. Theatregoers will no doubt be familiar with the musical’s black red and yellow poster, which has advertised the show around the world since 1997.

Less well known however is that fact Verlizzo, the designer of the now ubiquitous poster, submitted the design as one of two potential options. Both options were inspired by costume designer Julie Taymor’s work, but the unpublished poster (shown above) features Mufasa and new-born Simba’s paw prints, illustrating “both the past and the future of Pride Rock’s animal kingdom”.

Why was this design not chosen? “I believe it was the stark, graphic nature of the now-familiar black, red and taxi-can yellow poster that offered more flexibility in terms of advertising,” says Verlizzo. 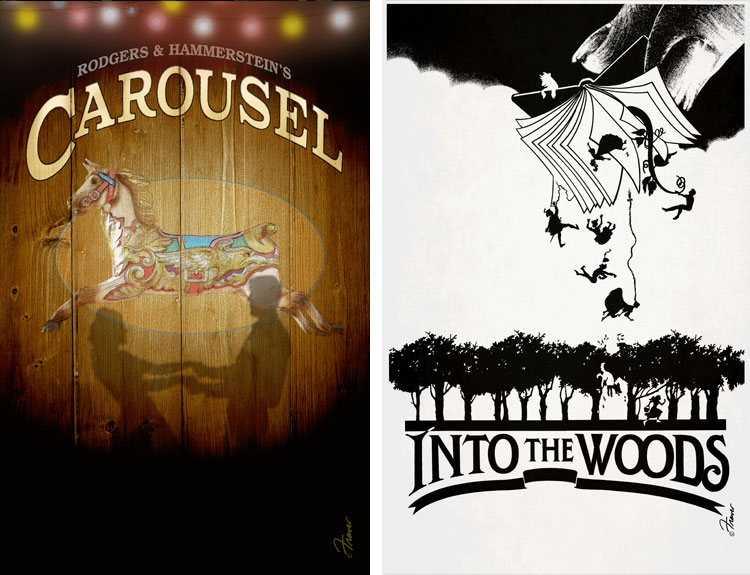 Verlizzo’s process often involves creating between four and seven “totally different posters” – each one, he explains, will emphasize a particular facet or theme of the show at hand. Taking a two-and-a-half-hour production and turning into something two-dimensional is hard enough, but doing so up to seven times is no mean feat.

Like all designers, there is often a certain amount of artists’ block to get over. But over the years, Verlizzo says he has learned how to use that unproductive time productively. “Rather than forcing myself to have an idea for the art, I’ll start by doing research of the period in history or the subject matter of the piece,” he says.

While Google is a handy tool, he says the library is his preferred method of immersion. “Going to the library is beneficial and infinitely more interesting,” he says. Research inevitably turns into designing a title logo, which then gives way to the rest of the project. “The process typically relaxes me until the artwork images start flowing – and they eventually do.”

Other than research, inspiration usually comes from the productions themselves. “I start by reading the script, or, if it’s a musical, listening to any rough tracks they may have recorded,” he adds. Sometimes, Verlizzo says he is also able to speak with the producers, composers or directors of a production. This helps “get a sense of what they feel is the most important aspects of their show,” he says.

Going back to the drawing board

Going “back to the drawing board” a big part of the process too, as these archived posters show, he says. Sometimes tweaks are needed for technical reasons – other times its about the feel of the final result.

For the 2012 Broadway revival of Stephen Sondheim’s musical Follies, for example, Verlizzo created a poster using torn and crumpled vaudeville entertainment images to create a showgirl’s face. After presenting the poster, he was asked to adjust the artwork to “accommodate the massive amount of billing credits”. The results can be seen in the poster above.

Conversely, for the 2015 stage production of Stephen King’s Misery, the original poster design featured a bloody fingerprint on the “M” of the vintage typewriter key (shown below). “There’s always an argument over how much blood is too much blood,” he says. It was ultimately decided that the shadowed key was “ominous enough without it”.

As for the 16 posters available in the Broadway is Alive collection, he says the artwork direction “changed so drastically” that there is no existing before and after.

The “other” Cabaret poster

Another famous production found in the collection is Cabaret. The rejected poster Verlizzo created for this presents another challenge for theatre poster designers: sometimes clients prefer to continue with what already works.

Verlizzo’s unpublished poster design here involved a drawing of the play’s character Sally Bowles as a “rough sketch on a crumpled cocktail napkin for the Kit Kat Klub” – the bar where most of the show is set.

“I though this idea was an arresting design interpretation that would work effectively online as well as on outdoor billboards,” he says. However, ultimately, the decision was made to keep the already-successful advertising graphics unchanged. 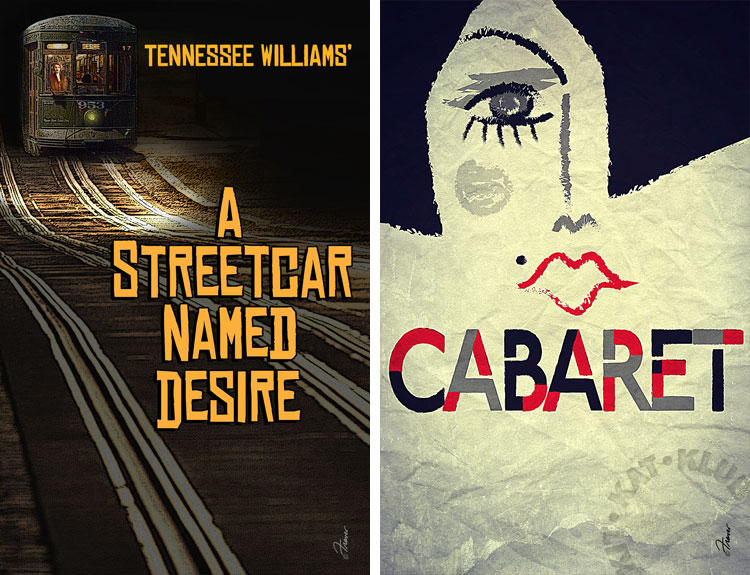 The process of designing Broadway posters is based on good communication, Verlizzo says. “Sometimes, the positive consensus is unanimous immediately, other times, I may have to go back and make revisions,” he says.

It’s a career that he encourages other interested designers to follow, even if the future of theatre has been challenged by the pandemic. “Theatre will come back, perhaps in a somewhat different form – but no question, it will survive this pandemic,” he says.

How can other designers get into the profession? He says checking out theatrical ad agencies is a good place to start. “Find out what shows they represent, if their work in general speaks to your design aesthetic,” Verlizzo adds. “Go to the library for research and look around at all the signage in Times Square and the West End.”

“Notice what pops—and what doesn’t. Although it may be tough for a while, go to the theatre as much as you can. Lastly, keep designing.”

Frank Verlizzo’s 16 “rejected” poster designs, including pieces for Into the Woods, Cabaret, Dracula and Matilda, are available to purchase at broadwayisalive.com. All profits will be going to Broadway Cares/Equity Fights AIDS. 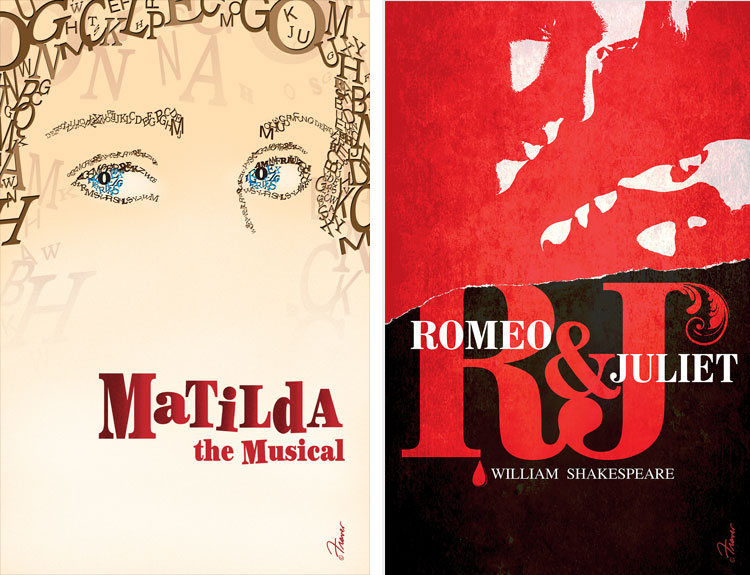 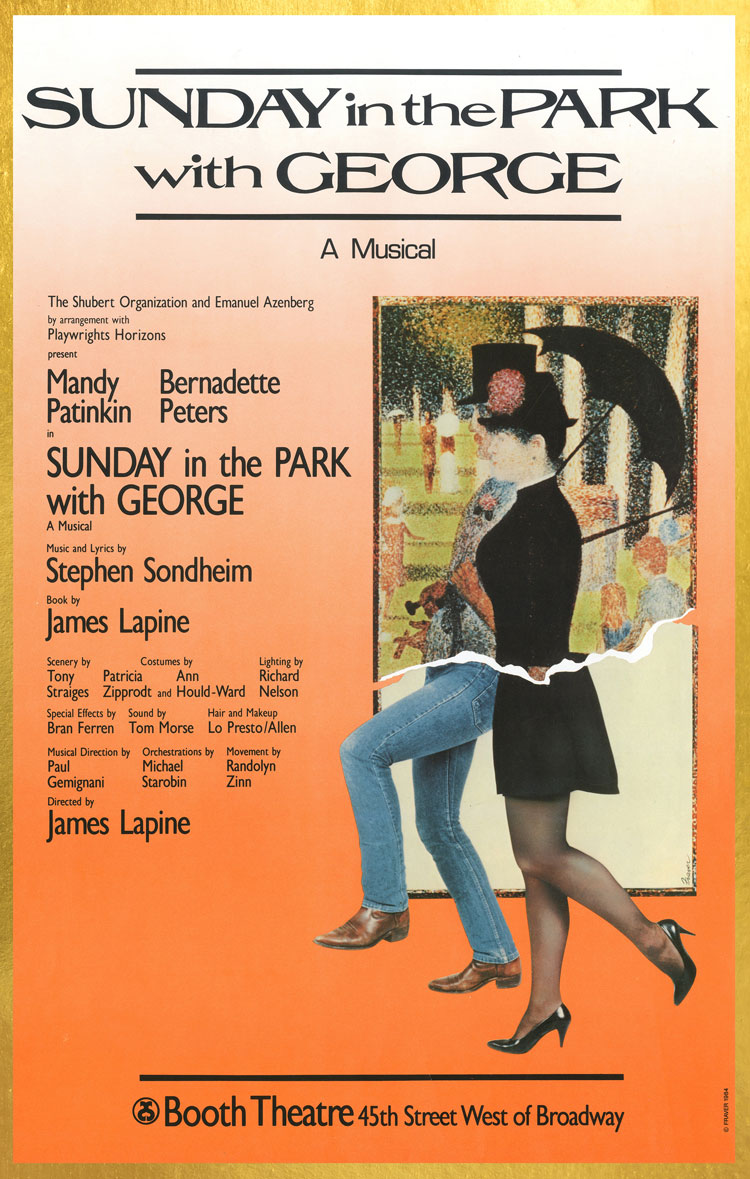