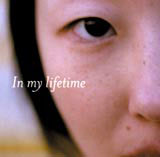 In that typically super-efficient way of US companies, within days of contacting Imaginary Forces about this profile, a FedEx box full of video tapes, Zip disks, CD-ROMs, press cuttings and stills about the fantastically successful five-year-old company, arrived. And despite, in that time, having created some 80 film title sequences, trailers and teasers for such blockbusters as Gattaca, The Fifth Element, The Truman Show and Unbreakable, plus 40-odd print and motion ads for the likes of Gap, Nike and Chevrolet, along with TV openings (including Ally McBeal and Homicide), corporate identities, network idents, branding work and exhibition design, to a man – or woman – all those press cuttings refer to the west coast company as “the design group that created the opening credits to Seven”.

Which must be galling, especially as the scratchy, scary and utterly mesmerising sequence to David Fincher’s serial killer movie – incorporating distressed film stock, music by Nine Inch Nails and some of the best use of typography ever seen on screen – was created not by Imaginary Forces, which didn’t exist at the time (in 1995), but by the man who was to found it a year later, Kyle Cooper, while still with the Los Angeles arm of R/GA.

Four years on and with a 100-strong group behind him, Cooper doesn’t seem too galled. And he’s dismissive about the criticism drawn from the likes of his ex-Yale tutor Paul Rand, who described the look that launched a thousand scratchy typeface projects as “trash art”.

In 1998’s Graphis 317 Cooper told design writer Ken Coupland, “We’re going back to modern typography. All the people who are just doing derivative, scratchy trash art that’s not in the service of the content are going to be left out in the cold.” Cooper seems to be a man who’s clearly moving fast, so much so that he has just wrapped his directorial debut feature, New Port South, produced by John Hughes.

Fortunately, the structure of Imaginary Forces is such that Cooper’s absence while directing had little negative impact on the company, according to creative director and partner (one of six appointed last year to join the founding three of Cooper, Chip Houghton and Peter Frankfurt) Karin Fong, who also studied at Yale and has worked with Cooper for seven years. “The structure’s loose, but at the heart of it are individual design teams led by the creative directors and art directors. So I’ll work with a couple of designers and animators but also pull the relevant skills and people from a large pool, including editors, film-makers, producers, writers and an editorial team, who are used across different projects. It’s a fluid process which means that basically from concept to finish everything can be done in-house, which is a great advantage.”

The structure sounds like a well-formed plan rather than a situation arrived at accidentally, and indeed Cooper told Coupland three years ago, “When I feel like I have an art director who is capable of doing work on a level that will be consistent with the standard we’re trying to set, then that art director can take on a project and enlist their own team of designers.” Trust was obviously key, and it’s to Cooper’s credit that he has enough of it to give team leaders the autonomy needed to make such an approach work, despite owning to that difficulty of letting go that is common to many company leaders. “The hardest thing for me is to be able to trust the other people to do something that I’ll be as proud of as if I did it myself,” says Cooper.

Imaginary Forces’ fluidity, underpinned by the structure of defined roles, has ensured the smooth growth of the group, believes Fong. “When we were small everybody worked on everything, but as we grew that wasn’t always to the advantage of the project, and that was when we began to create teams for different jobs.

There’s a lot of interchange and cross-pollination though, and the great thing about being in our environment is there are lots of people to bounce ideas off, all from lot of different backgrounds. So while I have a graphic design background, working with editors, animators and film school graduates is teaching me about structuring a film, and simultaneously when I’m working with an editor they learn about type, which is important to what we do, but may not be something they studied at school. Working in teams provides an intimate working environment with our colleagues but also gives us a greater structure that we can draw on, pulling in the necessary things for the job.”

Obviously, such a structure means that Imaginary Forces can turn its hand to everything, which it’s doing with obvious relish. After buying back the original 20 per cent stake owned by old boss R/GA two years ago, Cooper has just opened a New York office, led by partners Saffron Kenny and Mikon Van Gastel, which will tap into the burgeoning cable market operating largely out of the east coast. Collectively, the group will continue to visit new territories that enable it to shape experiences rather than just a screen, page or billboard.

Its work for IBM is a case in point. This recently-completed, year-long project originally consisted of IBM asking the group to create the audio/ visual content for its e-business centres, but quickly became a huge architectural project that saw Imaginary Forces working closely with architect George Yu of Design Office in a way that can best be described as, environmental design. The project included decisions on everything from furniture and floor surfaces, to the creation of a new typeface developed from Helvetica, and an audio soundscape that responds to movement within the space.

But, as two current US exhibitions illustrate, the screen-based work enthralls most, from small-screen work such as network idents for TV channel Comedy Central and womens’ channel Lifetime, to the giant-screen at the home of the American football team the Baltimore Ravens, who commissioned Imaginary Forces (the name, incidentally, coming from the prologue to Shakespeare’s Henry V – “let us upon your imaginary forces work”) to create a pre-game film. The Ravens got a “total graphic experience” that makes the most of the technology, going way beyond the simple “Go Ravens” in LED lights.

Fong’s enthusiastic assertion that the group always has an eye out for innovation in both content and delivery, “not setting boundaries on the art of storytelling and design” is verified by projects like the creepy title sequences for super-bugs horror flick Mimic, the tense and tensile spiderweb teaser/ trailer for Spider-Man, the steel cookie-cutter look of Charlie’s Angels’ main titles, and so on, with each example vastly different from the last.

“Creatively we’re open to combining traditional ways of recording information and images with new technology, we’ll use Super-8 footage, Polaroids, Xeroxes and digital video and flow from one to the other, there’s a lot of meshing the media,” she explains. There’s also a lot of research and experimentation that goes beyond looking at and working with the scripts, rushes and final cuts. “On Mimic we visited bug fairs and natural history museums and photographed graphics around the subject, like catalogues, which eventually strongly influenced the look of the type in the titles,” explains Fong.

It’s for these reasons that new staff at the company are selected for their “good ideas, strong typography skills, conceptual thinking and, above all, the desire to constantly experiment, but not for the sake of being whacky,” says Fong, before concluding, “The approach is an experimental one that starts with us asking ourselves ‘What do we want this to be?’ before finding a way to realise it.”

Designers need to open their eyes to copy