‘Go East young man’ might once have been the advice given if you wanted to better yourself. Now, it’s the Middle East that’s on everyone’s radar.

So, what about Qatar? Many people still haven’t heard of the country, although the Doha Asian Games in 2006 raised people’s awareness.

Qatar, a peninsula adjoining Saudi Arabia – that’s all I knew when I first came here three-and-a-half years ago, first as a consultant and then as a client director for Fitch London.

I had no idea that one day I would be running Grow, a Doha-based branding and advertising group. There was a seminal moment in the transformation of my fortunes from UK-based employee to expatriate partner and owner. I presented to a very senior official who, in a moment of quiet reflection, told me that the ruling family were committed to putting Qatar on the world map. They were tired of the revolving doors with consultancies walking in and out, leaving little or no legacy, much less any transfer of skills or knowledge. That was my ‘eureka’ moment – I knew that I could help Qatar and Qatari companies articulate and express their positioning and differentiation, locally and internationally, but I would need to be based here to succeed.

I recount this story because it’s probably the most important principle that international advertising and design groups need to consider when looking at Qatar as an investment opportunity.

Forty-one hotels are being built here over the next three or four years, and the government is investing more than $100bn (£50bn) in infrastructure projects by 2012. Education, health, sports and upmarket tourism are the country’s key investment priorities – after oil, gas and infrastructure, naturally.

But this is just scraping the surface. There’s a huge youth market here – more than half of the population is under 25, highly literate, brand aware and flush with cash.

In all these developments, foreigners can own property with permanent residency.

But, what you want to know is, should you set up shop here?

Well, you’ve got to be in it to win it. The big media companies are already setting out their stalls/ Grey, TBWA and Publicis are just some of the international agencies that have recently opened up here. JWT is rumoured to be coming and Ogilvy & Mather is looking around. This doesn’t bode well for small local creative groups that have been plying their trade for decades, offering cheap – and some would say nasty – work.

Yes, there are still companies that give their annual report to printers and say, ‘Here, you design and print it’. And the word ‘brand’ is often still perceived as just a logo. It’s true that design here is price-driven – harking back to the great trading and deal-making instincts that are endemic in Qatar.

There is much work to do to raise perceptions about the value of good design. But for the moment, it’s all down to who is first to market in this pioneer country. While Qatar makes its great leap forward on to the world stage, there are many Qatari companies working hard to articulate their positioning and establish communication strategies.

The same is true for ad campaigns, corporate brochures, corporate social responsibility and customer relationship management – clients want integrated communications that will deliver on the brand promise and give a return on investment.

The tide is turning. Once we have achieved critical mass in terms of understanding, the dam will break. Rupert Sheldrake called it the ‘hypothesis of formative causation’ – or the 100th Monkey Principle to us ordinary mortals. When enough members of a population incorporate a pattern of thinking or behaviour into their lives, there’s suddenly a quantum leap in consciousness and those habits become inbred. Then, strategic branding and creativity will achieve their rightful place at the top of the management-thinking pyramid.

In the meantime, international agencies will open in increasing numbers, or link up with locally based thought-leaders in branding and creativity. 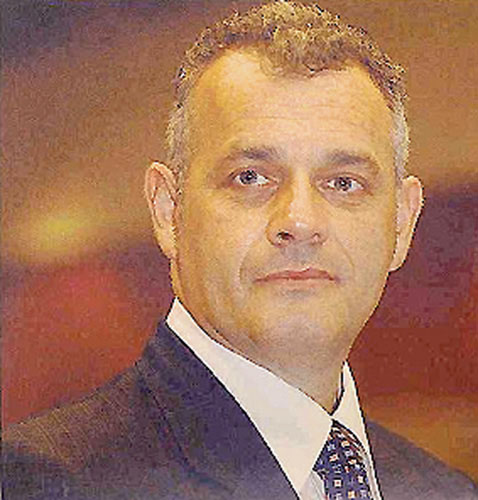 REASONS TO BELIEVE
• There is no personal income tax in Qatar
• There are no exchange control regulations
• Foreigners can earn up to 80% or more of a company’s profits if the foreign entity is the main player in the joint venture
• Food is cheap and good quality
• There’s no crime, lots of beaches and loads of five-star hotels
• Foreigners can own land in selected real estate development projects such as the Pearl, Al Khor and Lusail, but not elsewhere