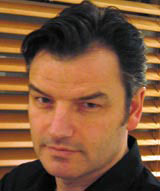 Designers should target out-of-town retailers, which must invest in design and become more flexible about store formats if they are to continue to drive sales growth, says a report out this week.

The Verdict report claims the sector is approaching maturity and calls on retailers to ‘use space more effectively’ and invest in ‘more engaging store design’ to remain competitive.

In the week that Marks & Spencer opens its Gateshead Lifestore flagship, the research reserves particular criticism for furniture retailers which, it says, must ‘seek to promote their wares on criteria other than price’.

Verdict senior analyst Nick Gladding says the sector has relied on new stores for growth in the past, but planning and space considerations mean this approach is no longer possible.

‘New stores are getting harder to build and retailers definitely need to raise performance of their existing stores.

‘Design will play an important role in that,’ says Gladding. Out-of-town stores are known for their ‘universal dullness’ and are ‘generally underlit and flat’, explains Dalziel & Pow creative director David Dalziel. He believes a lack of branding is a key issue.

Out-of-town stores have failed to deliver effective interior design, he says. ‘There is no brand, no differentiation and no added value,’ he maintains.

The consultancy worked with Instore, previously Poundstretcher, on revamping interiors and branding at its shops. According to Dalziel, the retailer has seen revenue growth of between 20 and 100 per cent in stores with the new format and branding.

‘The fact is, people spend more money when the experience is better,’ he maintains. ‘Adding value increases trade on the high street and it will work out-of-town too.’

Dalziel believes out-of-town retailers should move towards a zoned or landscaped space that gives the impression of a journey.

‘There is strong evidence that the longer people spend in the store the more money they spend. Yet out-of-town retailers emphasise the process of taking money, rather than the shopping experience itself,’ he asserts.

Dalziel thinks Lifestore, which he believes will be sold on ‘destination’ rather than price, ‘might give competitors the confidence to improve their presentation’.

‘In the same way that B&Q has shifted from a builders merchants to a lifestyle store, [retailers like] Dixons need to become more brand-led,’ he says.

Wilkinson says factory outlets are leading the way. ‘They realise that customers deserve to experience the brand wherever they shop and aim to bring the high street into their [larger] outlets.’

Targeting new audiences could also be an option for growth. The report suggests out-of-town retailers should invest in ‘initiatives to attract older shoppers, given that [this demographic] is growing in number and spending power, but currently prefers shopping on the high street’.