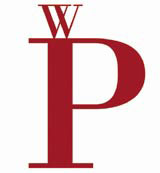 The Watford Palace Theatre unveils a refreshed identity by Thompson Design this week, as the venue moves to relaunch following its £8m, 18-month renovation programme.

Thompson will also create an advertising campaign for the theatre’s re-opening in June, including print, video and merchandising items, and will design programmes, posters and other print collateral.

Watford Palace Theatre artistic director Lawrence Till says the group was briefed to create an identity that reflected the theatre’s programming.

‘As a theatre our job is to excite, delight and inspire. We needed an identity that did the same,’ he says.

Thompson managing director Phil Dean says the group aimed to deliver an identity that was ‘crisp and modern and had a sense of fun without being too twee’.

The new identity uses the W ‘as a visual pun’, says Thompson creative director Ian Thompson. ‘It acts as a crown to reflect the palatial splendour of the refurbished theatre and continue the palace theme,’ he adds.

The consultancy was appointed in September last year, after a three- way credentials pitch.