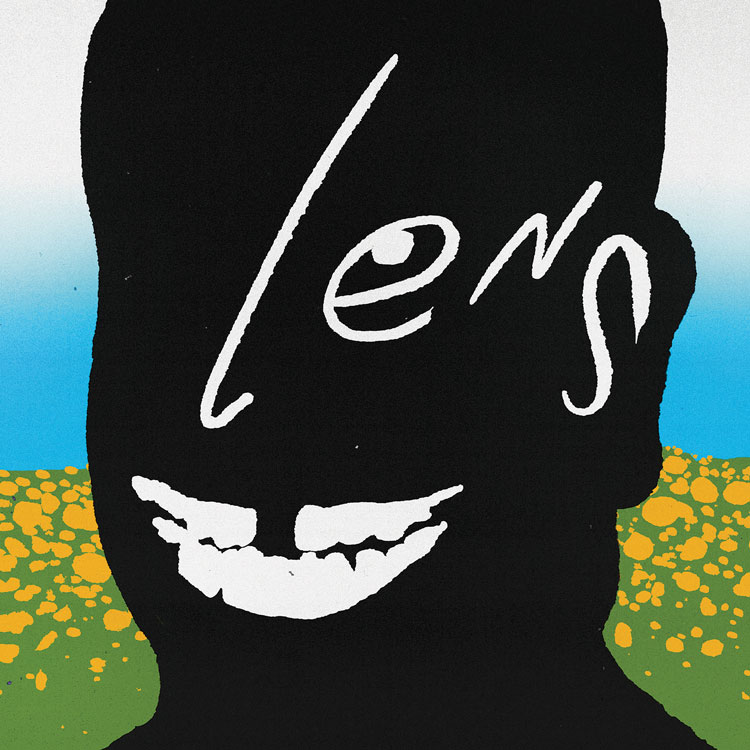 Hands down the most exciting designer pushing and experimenting with their style today is Braulio Amado. Whether it is sleeve designs, gig posters or little motion graphics, he provides fresh inspiration on a daily basis. His mix of unique perspective, fun and unexpected colour choices, wild and intuitive typography and a deceptively sophisticated illustration style – all driven by his endless enthusiasm – leave me absolutely breathless. My favourite of his recent wave of work is the cover of Frank Ocean’s Lens, with its gap-toothed smile and facial shapes formed from the letters. It is undeniably bold, while still being funky and playful. Carrying through Ocean’s request to reference the Kerry James Marshall painting A Portrait of the Artist as a Shadow of His Former Self, also allows the final product to exist on multiple levels of joy and discovery. 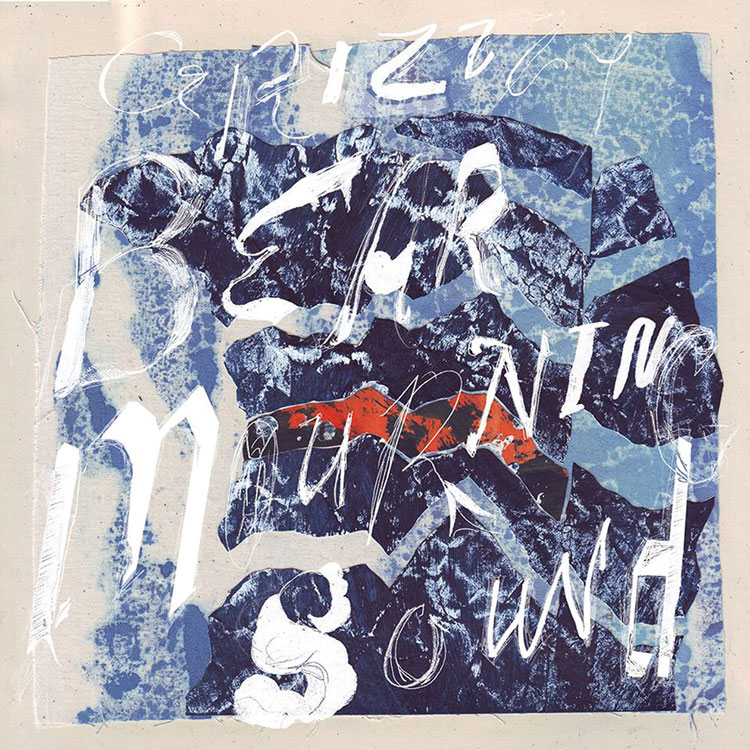 The work that Ben Tousley has done for American band Grizzly Bear has been exceptional, made all the more amazing by the fact that he first started working with them on their 2006 album Yellow House when he was still just in college. With each release, they have expanded their creative palette, involving the work of other artists and taking more typographic chances. However, nothing could have anticipated the sea-change that took effect once they decided to use the paintings of Chyrum Lambert for the Painted Ruins album and subsequent singles. The entire collection is incredible but the stand out for me is the cover for the Mourning Sound single – conveniently the first thing most people experienced from the album. Using Lambert’s multi-layered piece as a base, the imagery already takes on an oceanic feel. Tousley then jumps completely out of his comfort zone, using paint, markers, pen, pencils and anything else he can get his hands on to shape the frantically beautiful typography that ties it all together. 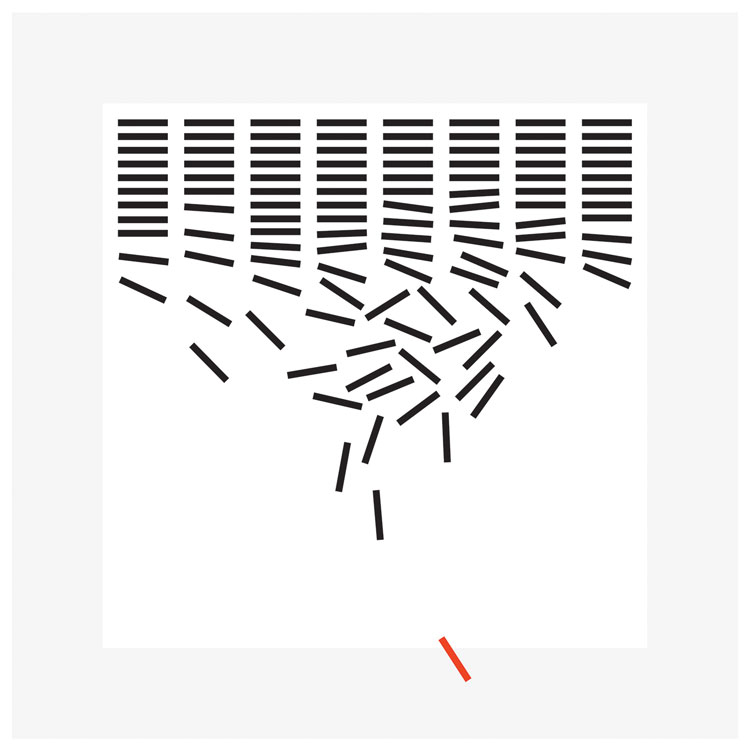 It feels like Robert Beatty is reinventing what it means to be an album cover designer from both ends of the spectrum. His psychedelic illustrations have moved from tiny indie releases to massive mega hits from the likes of Kesha and Tame Impala, while he also continues to make some of the smartest covers out there using little more than a few shapes and colours. To say that I am jealous of his over-flowing talents would be an understatement. My standard as to what makes a transcendent design is often whether or not I could have come up with the same solution and execution on my own. For American composer Oneohtrix Point Never’s Commissions EP, Beatty creates what he refers to as “collapsing geometric patterns” that serve to perfectly capture the music within, and do so with a jazzy interplay and a confident touch. That he is able to both outclass me with his insane surrealistic imagery, and just a simple stack of rectangles, is humbling indeed. 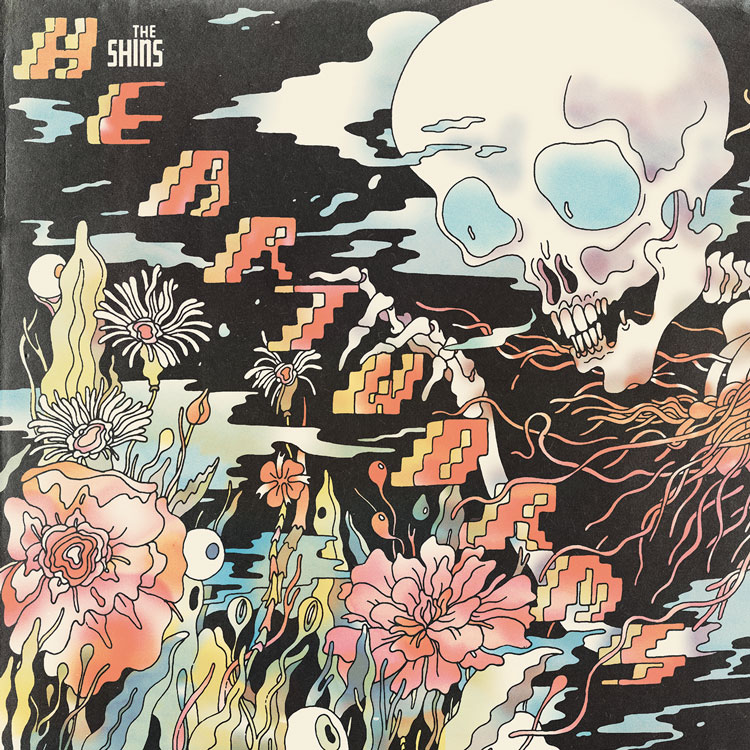 I have a real soft spot for the work of Jacob Escobedo. More than anyone, I feel like he really bends over backwards to make sure that the artist is happy with the direction and incorporates whatever they insist has to be in there, while still leaving a little of himself behind and delivering stunning results. It’s no surprise that he holds down one of the most coveted, in-house creative positions in the world as vice president and head of design at Cartoon Network and Adult Swim’s Creative Group. He knows how to best realise someone else’s vision in a way that can only truly be informed by doing time within an in-house team. For The Shins’ Heartworms album, he spent months going back and forth with main man James Mercer before finally immersing himself in the finished recordings. Spending a full two days creating the finished illustration based only on a gut feeling, he knew it could be cast aside in a single email. But all of his instincts were correct, and they both knew this was the perfect cover. 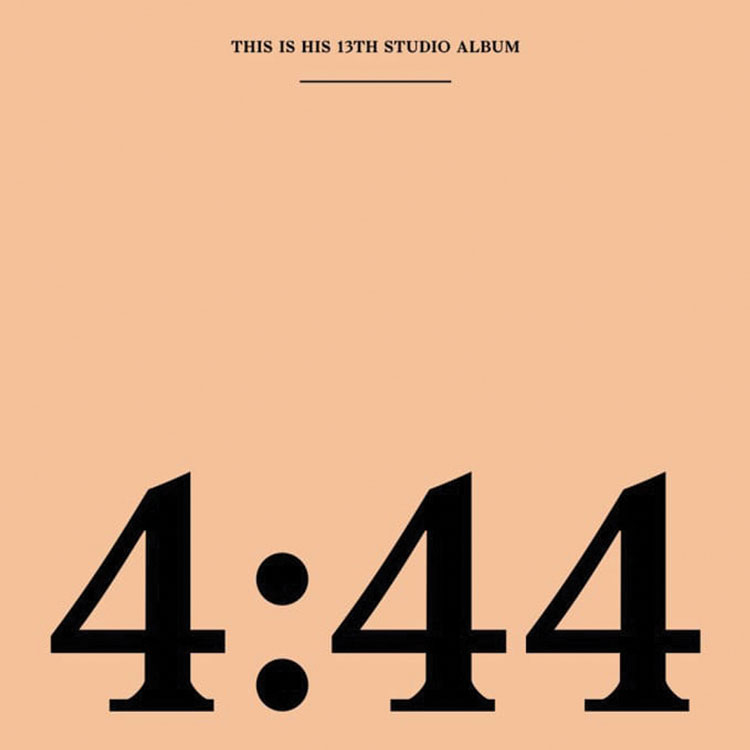 It is impossible to talk about design within the music industry today and not mention Brian Roettinger. Once a punk rock noise-maker working on sleeves for No Age and Liars, he is now changing the role of the designer at the highest levels of the business. Recent work, ranging from Selena Gomez and Duran Duran to Florence and the Machine and Mark Ronson was eclipsed by his latest work for Jay-Z. Redefining what an album cover can both be and accomplish, the 4:44 album cover is just a single colour. Importantly, it is a unique colour that the team knew they could “own” in the marketplace, creating a branding exercise where people would instantly associate the colour with Jay-Z – whether on the side of a bus, draped over a building, or as a tiny square on their phone. It works in a funny way, by covering up and erasing what was there before. Suddenly Jay-Z is everywhere, cutting through all of the visual noise. It is staggeringly brilliant in both its concept and execution.