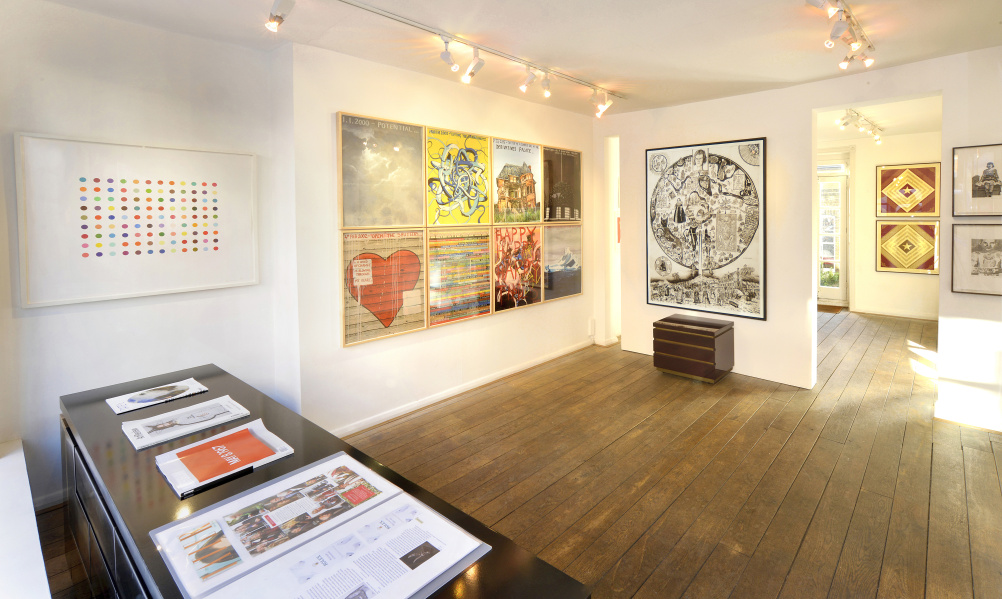 The exhibition showcases work published in 2014, including Blake’s Elvis Two Rivers and Liberty Beauty Rose, which are part of his series of fairground-based wood engravings and his first etches in over two decades. Yeo’s portrait collages of celebrities such as Helena Bonham Carter are featured, alongside Natasha Law’s Pull in Purple, an example of her semi-nude pop art.

Gallery founder Charlie Phillips and gallery manager Susannah Haworth curated the selection, with the aim of bringing to light the significance of print as an artistic medium: “We selected artists and works which we both admire,” Haworth says.

The prints have been arranged so that they sit well next to each other aesthetically, with some artists claiming dedicated walls, she says: “Our aim was for the viewer to appreciate each artist’s work without them competing or jarring against each other.” 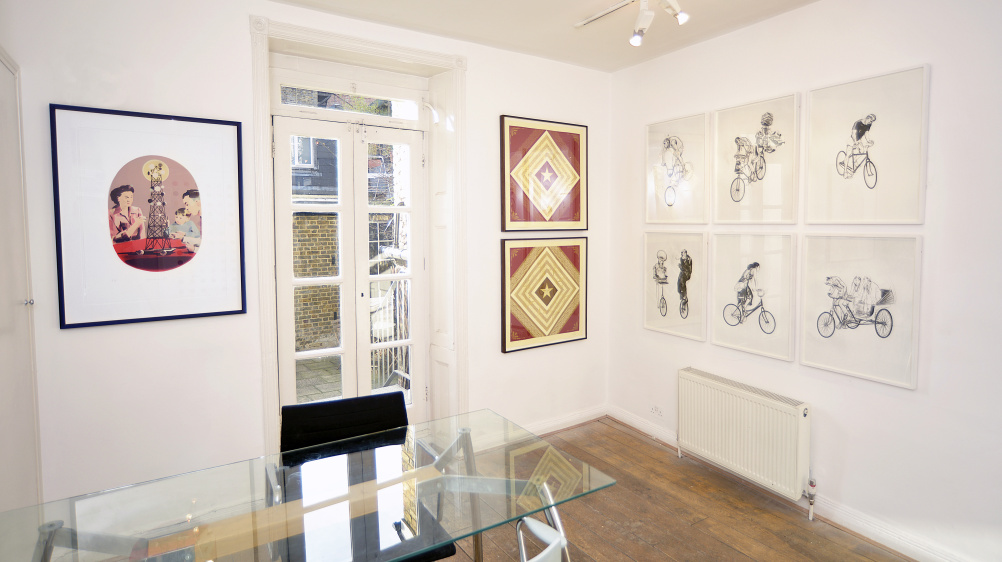 All images courtesy of Eleven, London.