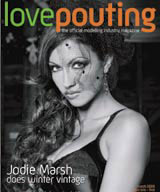 Love Pouting, a new magazine for the modelling industry, launches on 14 February. It was conceived by Jordan Paris and Lucy Layton and is aimed at professional and aspiring models of both sexes. It has been designed by Stefan Williams.

Chinese artist Wang Qingsong has designed a window display for Selfridges, entitled Follow Me. It is inspired by consumerism and replicates the style of his photographic work.

Tayburn has completed the design of the identity supporting Scotland’s bid for the 2014 Commonwealth Games (DW 15 December 2005). The identity comprises the logotype, which references famous Scottish architect and designer Charles Rennie Mackintosh, and a modern tartan backdrop. 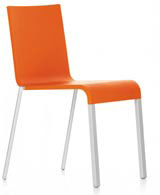 A retrospective of Belgian furniture designer Maarten Van Severen, who died last year, will run from 2 to 18 March at London furniture store Viaduct.

Danish silversmith Georg Jensen has teamed up with designer Karim Rashid to launch a range of boxes called Spin and the Karim dish.

Dungen’s forthcoming single Festival has been designed and art directed by Steve Rowland. The track is released on Memphis Industries at the end of March.

Is it really time for a London 2012 rebrand already?

Use of stereotype was discrimination against Scotsmen