Drinks company Heineken has developed a sustainable bar concept for the London E-Prix which it hopes will become “the standard” design for all future events sponsored by the company.

All elements of the Greener Bar have been rethought to reduce more waste, water, emissions and energy use, as compared with standard offerings, according to Heineken.

To achieve this, the company adds that it has paid attention to the transport and powering of the structure, as well as the materials used.

The seating area features several sustainable interventions including benches and cushions for seating made from recycled material, and wooden standing tables built from naturally felled trees.

Greener Bar’s roof is also labelled as energy saving. The pillow-like addition to the structure is made from a light-weight material, making transport easier and more efficient. Additionally, because it is translucent, Heineken says it blocks out most of the sun, without the need to fully light the seating area beneath. 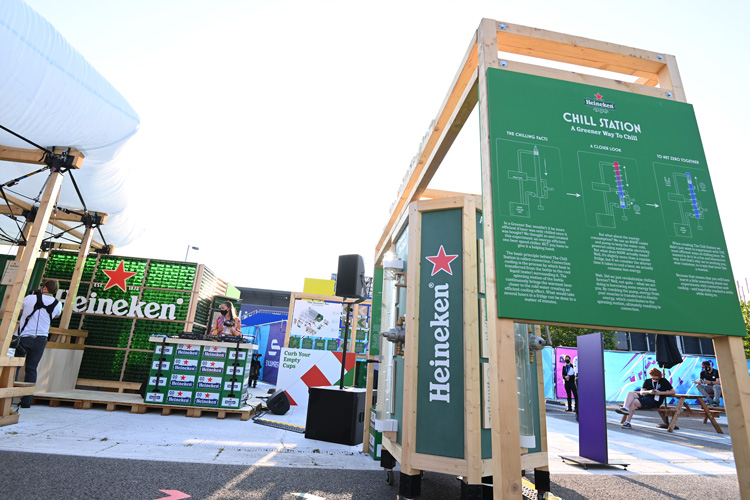 The company says a “Zero Waste Design” approach has been employed for the structure itself. The pallets and beams that make up the bar are all standard sizes.

This means the bar has been designed to fit what is already in the supply chain, rather than the other way around, it explains. “Because we didn’t cut or reshape any of the wood, there’s literally zero waste,” the brand says. After events, the standard-sized beams and palettes can be re-used.

Heineken also points out that the whole structure can be packed into two shipping containers, which also form part of the bar itself when assembled.

As for the actual powering and supply for the bar, Heineken says Greener Bar runs on 100% renewable energy.

In particular, a partnership with Red Bull Advanced Technologies sees the bar use tech previously only found in motorsport racing to keep its fridges cool. Heineken says the tech reduces cooling time by 20% without an uptick in energy consumption.

Additionally, “waterless sinks” will be used throughout – meaning bars will not be attached to plumbing. Heineken says the combination of this, and not using any ice, will save around 5,568 litres of water per event. 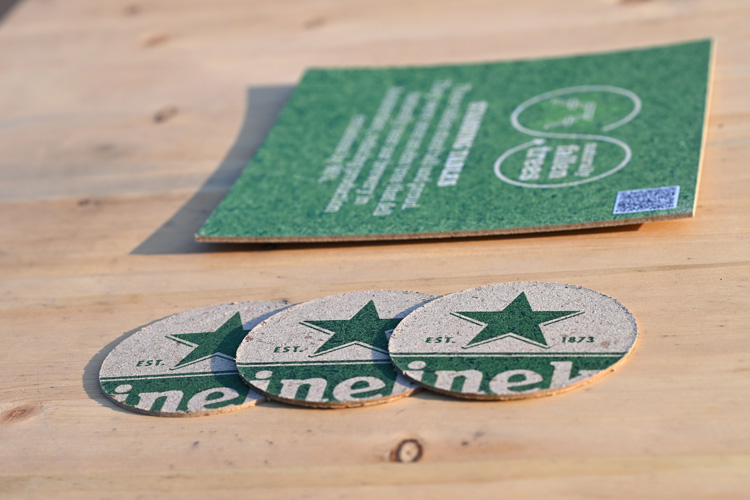 A selection of “finishing touches” have also been developed to continue the sustainable approach. Cups are reusable, coasters, waiter trays and bottle openers will be made from barley that would otherwise be wasted in the brewing process, and bar staff uniforms are made from previously recycled Heineken uniforms.

Per event, the company says the Greener Bar concept can save up to 6,539kg of event waste – this is the equivalent to the “daily waste from 2,209 average households”, Heineken says. 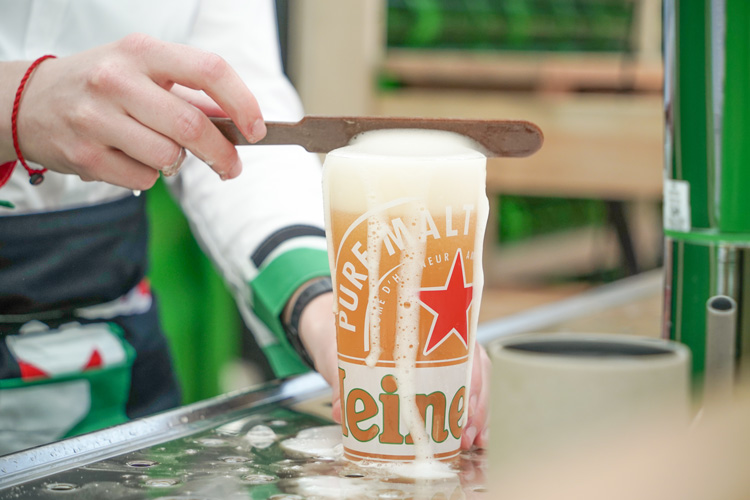 What do you think of the Greener Bar? Let us know in the comments below…