In the most simplistic terms, Stephen Doyle is described as a graphic designer. But the work he does breaks into the realms of meticulous paper-craft, surreal installations and captivating experiences, in an attempt to redefine the scope of his job.

Speaking at this year’s Offset Dublin conference, the US-based designer ran through his work and his process for creating. Doyle is the founder of New York-based studio Doyle Partners, which was founded 30 years ago, and has worked with the likes of the New York Times, the AIGA, the New Yorker and the Cooper Union.

“I have a real fascination with books” 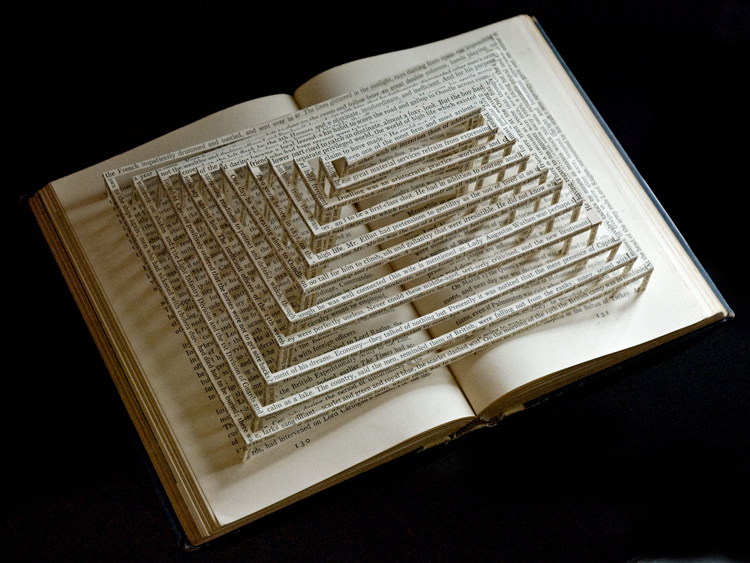 Beyond branding, signage and graphics, the studio has embarked on a host of other more adventurous and obscure projects, and in some cases turned traditional disciplines on their head to create unusual results.

This includes a personal project by Doyle called Hypertext; a series of book sculptures, where he used his hands to cut, craft and shape paper into intricate, impressive structures that represent the contents of various novels.

What Doyle describes as a “foray into sentence structure” has resulted in scrupulously-created paper structures of tanks, geometric sculptures, staircases and more. His work was eventually commissioned by the New York Times, for a cover for the paper’s Book Review section.

“I have a real fascination with books,” says Doyle. “I used to think I was interested in typography, but then I found I was actually interested in language. I had worked for so many years solving problems as a graphic designer, it gave me solace to make things that disobeyed logic and reason, like these sculptures. I was never that skilled in digital, so exploring the tactile world gave me a lot of satisfaction.”

“I explore design in tangible ways” 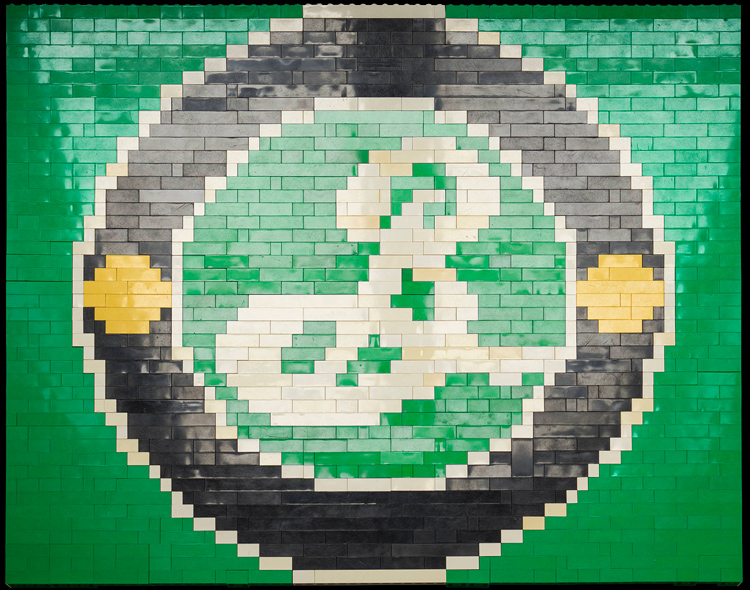 Another ambitious project involved transforming Milton Glaser’s – a former tutor, employer and mentor of Doyle’s – well-known logo for the Brooklyn Brewery into a multi-sensory, tactile experience.

It involved making colourful collages of the recognisable beer bottle and logo using old newspaper and magazine cuttings, creating the logo as a mosaic out of tiles and out of fur, and crafting a giant, papier-mâché Brooklyn beer bottle that was taken onto the New York subway.

“I try to explore the world of design in a way that’s tactical and tangible,” says Doyle. He adds, rather tongue-in-cheek: “Though don’t tell Milton – he doesn’t know this is happening.”

In some projects, Doyle will explore unique ways of displaying information, which is intended first and foremost to be practical and helpful. 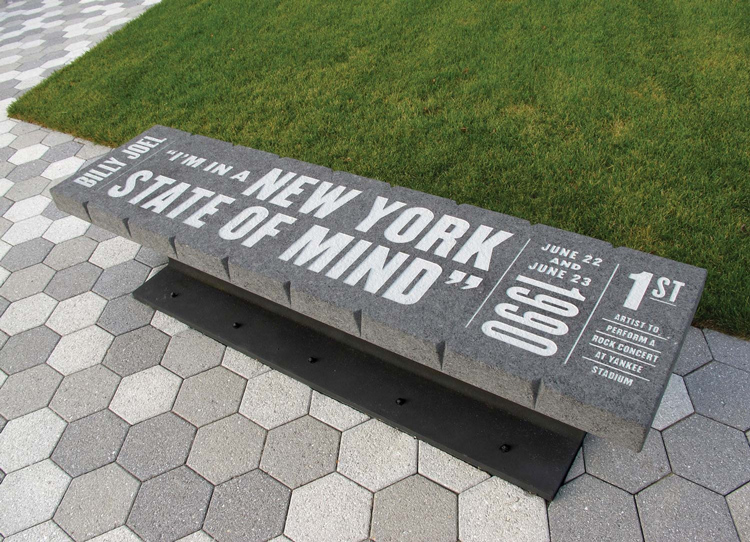 One such project is the installation work he completed for the Macombs Dam Park, the former site of the Yankee Stadium in New York, which looked to commemorate the deceased baseball grounds. Intended as a graphic memorial for the green space, the space was intruded with typography – messages were engraved into stone benches, fences and tarmac, installations of sentences were set up across the sides of the park, and a giant outline of the ball field was painted in blue into the grass.

“When we do signage in public spaces, our idea is to infiltrate the spaces that are there rather than create signs,” Doyle says. “It’s about stepping out of graphic designer skin and solving problems in a more public way, where things are enchanting.”

Two other spaces Doyle’s studio “infiltrated” in this way, were the interiors of two schools in New York, where the tutors were attempting to teach character and personality traits to children, alongside regular, academic subjects like maths and English. Huge supergraphics spread across walls and floors of the school’s gymnasiums, spelling out traits such as “zest” and “gratitude”.

Another was for a cultural institution in New York called the Battery Conservatory, where Doyle created the branding and wayfinding for a children’s attraction, The Seaglass Carousel – a sea and fish-themed ride for children. 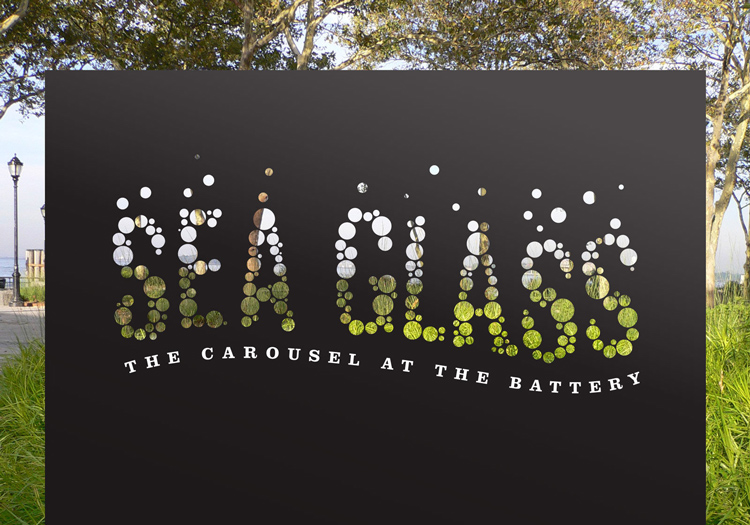 Rather than digitally draw typography in the shape of bubbles, Doyle’s team “harvested bubbles” by blowing them, photographing them, making replicas out of a solid material and gluing them together to form the logo, which was used as the branding for the main glass entrance. This bubble aesthetic is then recreated across the tourist attraction through cutting circular holes into signs and descriptive panels.

“I’m interested in removal as an act,” says Doyle. “Looking at how much can you take away from something and still have it be itself.”

It would appear Doyle is obsessed with using untraditional techniques to create designs that are both obscure and tangible at the same time. He says that all of his studio’s best work follows a formula that looks to push it into peculiar territory in order to make it unique and special – it must have “a touch of magic, so can defy gravity; a touch of nonsense, so can defy logic; and a touch of macramé, so can transcend expectations.”

“Craft your own language” 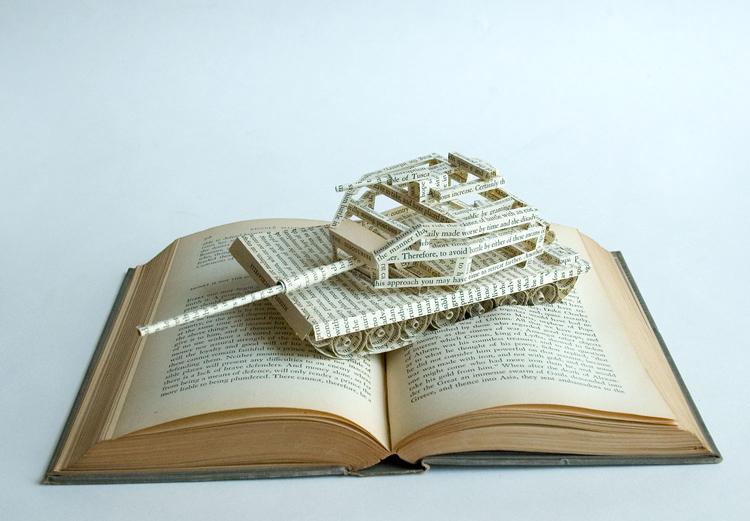 His meticulous book sculptures, which look flimsy but appear to stand upright with no assistance, his unconventional ways of filling public spaces, and his giant, obscure installations of well-known designs, are all good examples of his need to add magic, intrigue and surprise to his work. Behind all this is the need to stand out from other graphic design, and find a way to establish not only a distinctive style, but also a distinctive way of working.

“It’s really important to create and craft your own language so you can communicate in a particular, authentic and genuine way,” he says. “Express yourself and trust your own instincts to find a new land that’s really yours.”

All images courtesy of Doyle Partners.