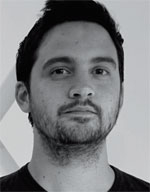 Among the list of people, organisations and movements listed as making a big impact on the design scene in Design Week’s Hot 50 this year was the gaming industry. Having spent almost a decade in gaming as a graphic designer and seeing it mature over this time into a far more mainstream activity, it was pleasing to see it registering as an industry to keep an eye on.

For many designers, gaming may not spring to mind as a possible outlet for their talents. However, it is an exciting time for designers working in this field and there is much potential for designers to shape the landscape and do what so many designers crave most to make a real difference.

In the early days of game consoles it was rare to see graphic designers working within game development studios. Packaging and branding work, for example, as well as interface design, would often be put together by on-team 3D game artists as a secondary task to their main role of creating in-game art. Thankfully, today, with better organisation, marketing and budgets, most game companies understand that such work is best served by those who are educated in design and that design professionals have much to add to the success of a game title.

One of the first titles to demonstrate how graphic design can really add to the game experience was the critically acclaimed futuristic racing franchise Wipeout for Playstation. Created originally by Psygnosis, the team based in Liverpool commissioned The Designers Republic to create the exterior-facing brand and packaging, or box art.

But thereafter, as Nicky Place (the lead artist on the project at the time) recalls, they were keen to allow The Designers Republic to input on the game itself. ’It was normal to package games in a way which didn’t necessarily relate to what was inside, but we wanted the game experience to be really coherent so we had The Designers Republic create in-game graphics as well, which really set a precedent for future games titles,’ she says. The success of this holistic approach to design that Wipeout achieved was evident through millions of sales and an enduring fan base that’s still going strong.

The landscape of the games industry has changed much over the past decade, not least because of the explosion in social gaming. This category of games seeks to expand the gaming experience from the traditional core audience of teenage lads playing video games in their bedrooms and instead bring gaming into the living room, where groups of friends and families are able to play, too.

Recognising that the conventional gaming controller pad acted as a physical barrier to these new audiences, titles such as Eye Toy (2003) and Sing Star (2004) were developed using alternative ’input methods’. The former used hand movements tracked by a camera (motion input) and the latter involved singing into a microphone (sound input). The potential shown in titles such as these at least in part led to a boom in social gaming and an entire console largely based around the idea of social mainstream gaming, the Nintendo Wii.

This shift in focus to a new, more mainstream type of audience presents something of a challenge to the traditional staffing model of a game development studio and especially its art team, often shifting much importance to graphic and user-interface designers. In the case of Sing Star, there are no 3D characters or environments. The interface is the game and designed by the same designers who create the exterior-facing branding and packaging. So in this case, as with many other social games from recent years, graphic design is not just there as a wrapper to the experience. It is there helping to shape the game experience itself.

Perhaps the most interesting area for graphic and user-interface designers will not be in creating games, but in creating other interface-based experiences, services and apps. Consoles today, both those in the home and portable, are increasingly connected and capable of so much more than simply gaming. In our own team, over the past few years somewhere between 25-50 per cent of our workload has been on such non-game projects and as the next generation of gaming devices seek to replicate the successes witnessed in the smartphone industry, such services and apps will undoubtedly be high in demand.

All this leads to some interesting questions about how the games industry and consumer electronics industry are seemingly merging or, perhaps, colliding. Hopefully, this will open up ways for designers in either field to jump from one to the other, to cross-pollinate or to work in both. It’s clear that the stakes are high for both industries at a time of enormous change, but, thankfully, the role of the designer in this field is surely only going to increase in importance.