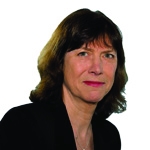 This isn’t the first time Fitch has left the consultancy he founded in 1972. He secured backing from Sir Richard Branson’s Virgin Group when he set up Rodney Fitch & Company in 1994, having been ousted from Fitch, and later went on to a brief sojourn with Portland Design. Indeed, his latest incarnation as Fitch chairman dates only to 2003, when Sir Martin Sorrell brought him back, amid a fanfare of support from all quarters, to inject leadership into the group.

The consultancy’s roots are in retail design, though it has broadened its remit and its international reach considerably since the early days. But with Lois Jacobs now at the helm we can expect a shift in emphasis. Jacobs’ previous experience at Jack Morton Worldwide has given her insight into the design and build of exhibitions and events – a different world to retail and the majority of projects to which Fitch has traditionally turned its hand.

All eyes, though, will now be on Fitch the man. His network is wide, his talents huge, and his passion for design patent (see Sounding off). Details of his plans are scant, due to his WPP obligations, but he says he will stay in retail design, consulting initially with design groups and clients, and work more in design education in the UK and abroad.

We are extremely fortunate in design to have leaders like Fitch. Those such as Terence Conran, Michael Peters, Wally Olins and Michael Wolff who arguably founded the design industry have continued to surprise us with new endeavors after quitting their original consultancies. Their commitment to quality hasn’t dimmed, despite huge changes in business and technology that have steered design’s course. We should capitalise more on their wisdom.