Studio MB has designed an interactive exhibition at the Tower of London commemorating 600 years since the Battle of Agincourt.

An index of everyone who fought

Royal Armouries has curated the exhibition, appointing Studio MB to work on an overall concept and interpretation, with Clay developing interactive elements. This includes a visual, searchable index of everyone who took part in the battle.

Data has been compiled from surviving musters, sick lists and post campaign lists in the National Archives as well as the Agincourt Roll, which recorded men present at the battle.

An interactive map allows visitors to trace the progress of Henry V’s journey across France to the battle, note key locations along the way and see how the English were pursued by the French army.

Commissioned photographs capture key locations on the map and visitors interact with it by operating a slideable timeline to reveal the sequence of events.

To build a sense of atmosphere, Clay has also developed a soundscape of howling wind, shouting and flying arrows garnered from the recordings of an Agincourt re-enactment.

This soundtrack accompanies an animation projected onto a suspended arrow sculpture above a miniature model of the battle.

Studio MB director Charlie Barr says “The arrow cloud picks up shafts of light and you can feel the sense of dread.”

The battle model below has been encased with viewing sections which frame and magnify the action. Barr says: “We’ve just used mirrors and portals – it looks like an upside-down periscope but it has an amazing charm.”

Oversized painted canvases hang in the space and have been commissioned to reflect the illumination or manuscript style that originals might have been painted in. They also help with the flow of the space by breaking it up.

In a final section, portraits of actors who have played the role of Henry V are projected directly onto the inside wall of the tower. Each image morphs into the next as the voice of Richard Burton performing St Cripsin’s Day Speech, from from Shakespeare’s Henry V rings out. 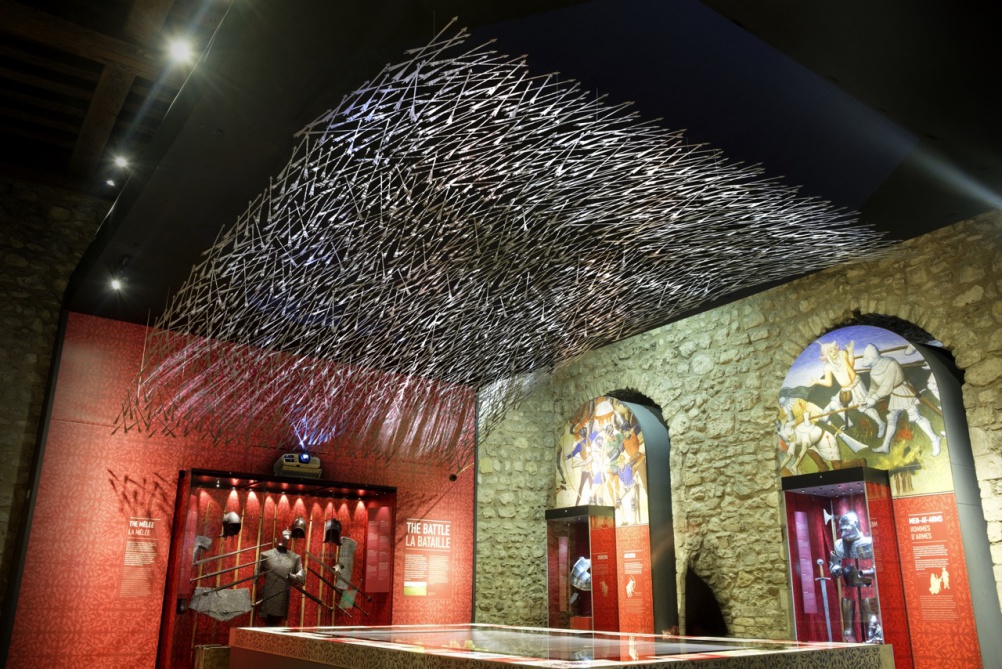 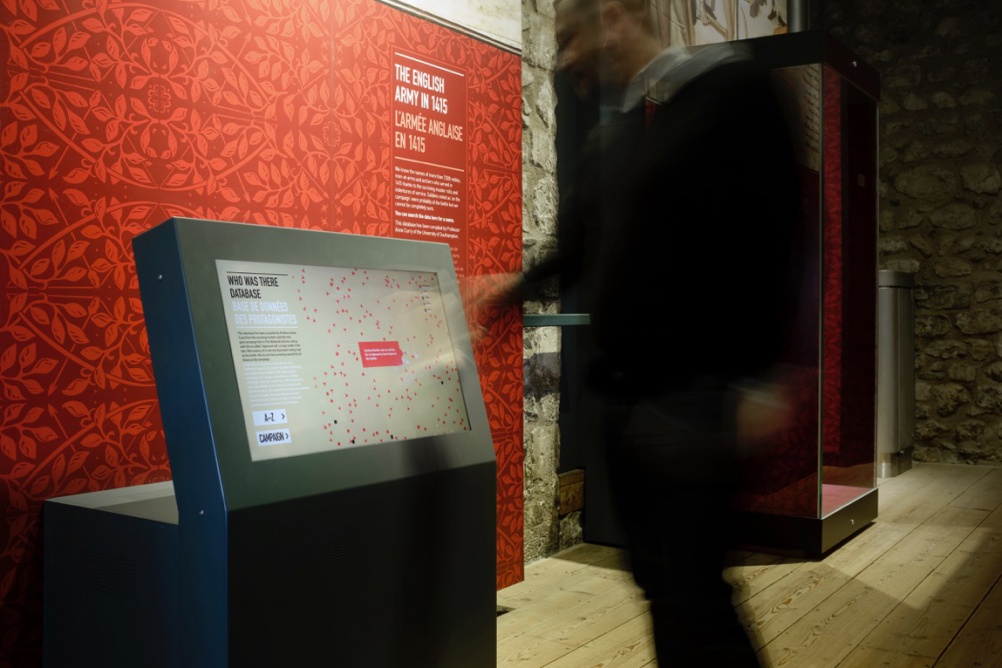