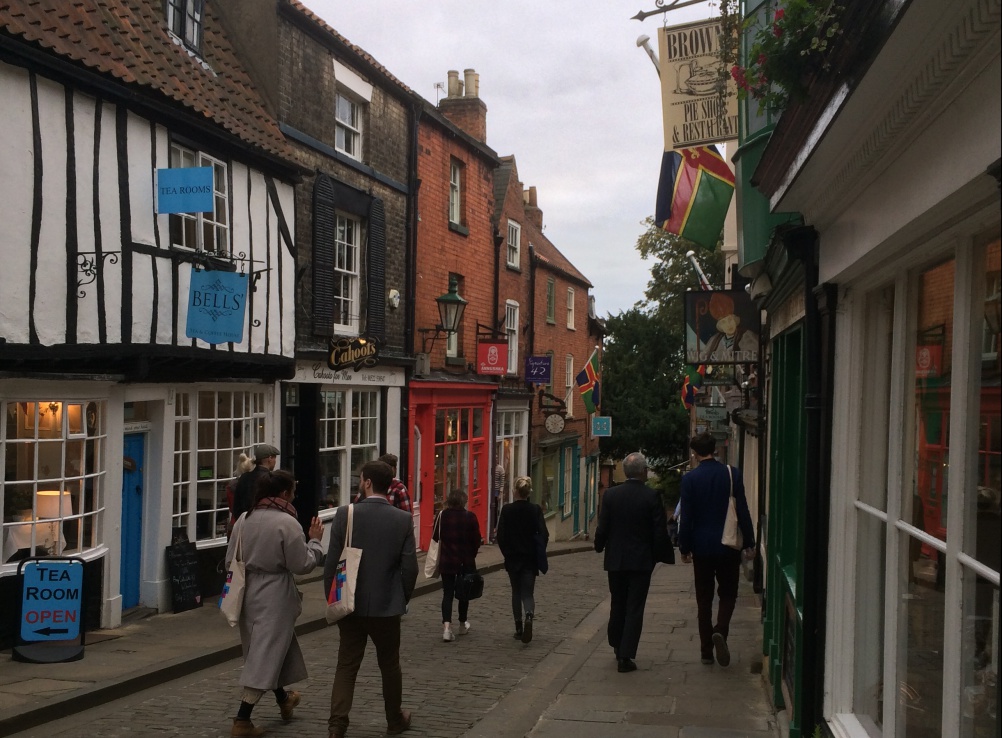 At first it seemed slightly alien to see quaint city Lincoln, with its cobble-stoned streets, abundance of cake and craft shops and majestic castle, filled with digital art installations. But rather than detracting from the history of the city, Frequency Festival has enhanced it, attracting artists, designers, students and art lovers nationwide.

The festival is spread all over the city, with venues including Lincoln Castle, cathedral, university campus and The Collection art galleries – all packed with digital work that contrasts with but strangely complements the city’s Medieval architecture. 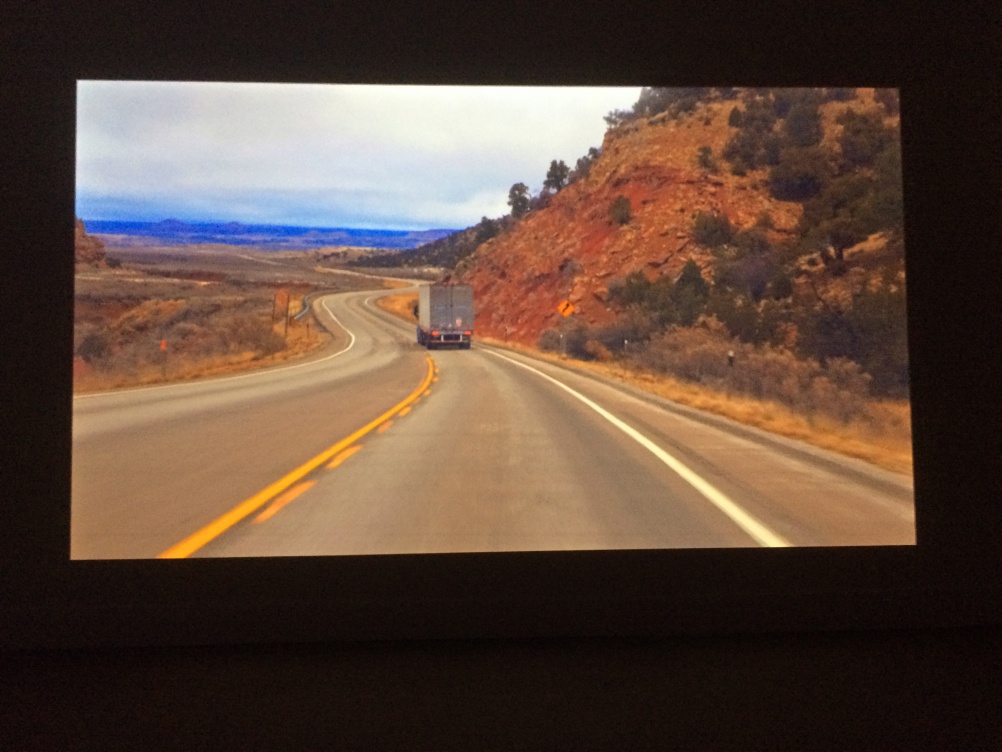 As you sit on the single leather car seat positioned in the centre of an empty room facing a giant screen, the experience will feel a little lonely – and that’s exactly what Driftwood wants.

You’ll be transported to the driving seat as this immersive video with its complementary soundscape takes you on a virtual road trip around North America, treading different terrains and facing the elements. As a testament to how effective this piece is, I even began to feel a little chilly as snow engulfed the screen.

The display uses an image resolution size of 4K, make the image quality incredibly crisp and lifelike – and with a soundtrack that moves and changes with the journey on screen, you’ll really start to feel like you’re on the road. Don’t get too comfy taking part in the never-ending journey though – other people want a go too.

Part of the festival’s Freedom Lies exhibit – which looks at issues of freedom and liberation to commemorate the Magna Carta’s 800th anniversary – this powerful film presents the moral dilemma of the death penalty.

The video is simply white subtitle text on a black background, alongside the audio recording of a real execution that took place in Georgia, the U.S. in 1984. While you might think the piece would need the gory imagery of the execution to be effective, it’s incredibly shocking and disturbing just to hear the dehumanised, every-day nature of the executioners’ chit-chat as they subject somebody to the electric chair. As co-curator Ashley Gallant says: “The banal-ness makes the animation more shocking, more harrowing.”

The accompanying print exhibition space poses open-ended questions to the audience, such as “Is it ever right for governments to kill?” then asks them to interact by placing a sticker on “Yes/No/Maybe”.

The whole ensemble will leave you questioning your own moral viewpoints – and it does this without any flashy graphics or technology. Gallant says: “I didn’t want this show to take an opinion or a side – I wanted it to start a discussion.”

Much more than just contemporary dance, you’ll be encased within a digital cube, and asked to roam around as the solo performer reacts to his changing digital landscape.

The initial set design is a white room with minimal furniture, so the excitement really kicks in when the dancer interacts with light, smoke and shape projections on the walls, ceilings and floor.

There’s a real harmony between the performer’s choreography and the graphics, a highlight being when he rocks, spins and tips a projected grid on the floor, as if he’s balancing on a piece of debris in space. While the instructions for the audience are to roam around the room to get the most out of the performance, it was quite easy to stand transfixed. 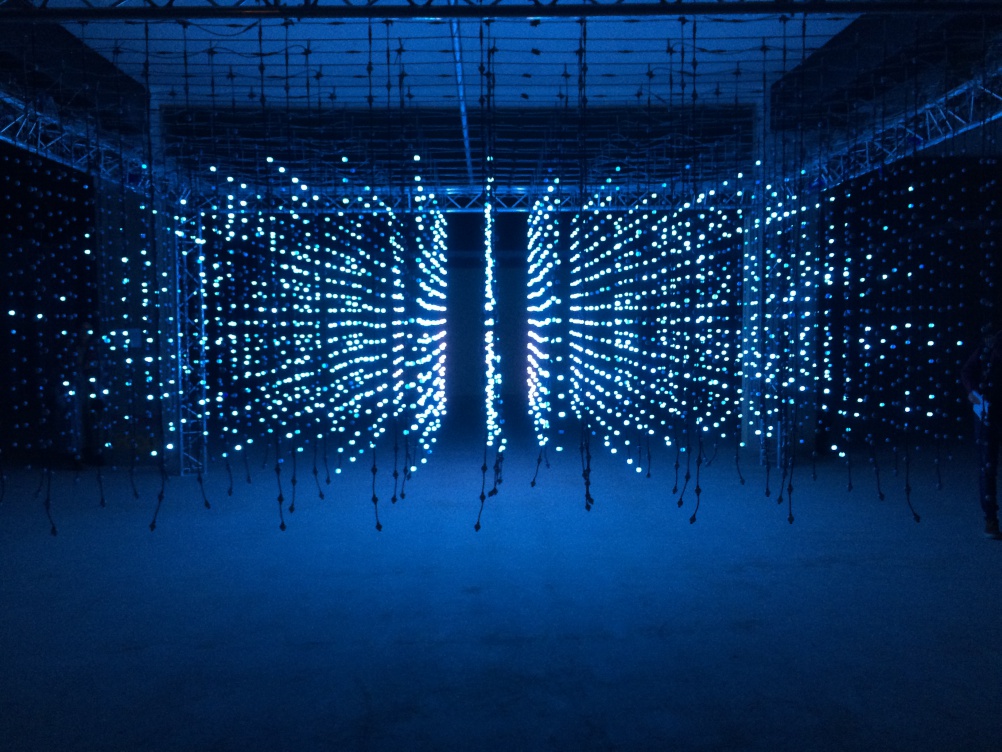 Based in a derelict, concrete space situated under the otherwise buzzing Waterside Shopping Centre, Squidsoup’s LED light installation lights up the darkness.

It’s a raw installation of draping, hanging lights placed in the shape of a rectangle, with scanners at all four corners that detect the motion of people’s feet as they walk through. As a result, you end up with a colourful, changing display of colour, which encourages children and adults alike to play among the exhibition.

Anthony Rowe, founder at Squidsoup, explains that the exhibition “immerses and surrounds you”. With a programmed spectrum of colours that are triggered in a loop, it’s a basic piece that encapsulates its audience by simply being a bit of fun.

Through The Fourth Wall
Illuminos 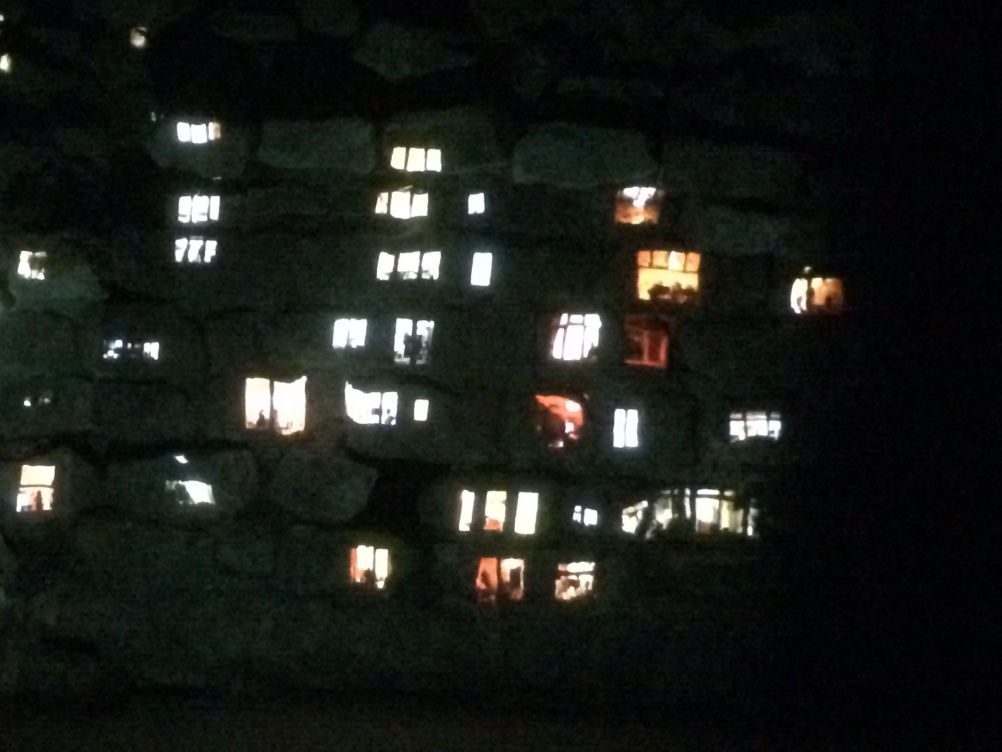 You’ll be led into the depths of a Roman underground pathway, otherwise known as Lincoln’s Posterngate. In this cave-like setting, at first it seems like you’re just looking at a bunch of rocks – but then a video display starts, using the bare stones as a backdrop, and projecting each one as an illuminated window.

A tiny, sneak-peak into somebody’s home, and life, you’ll see real, (consenting) people walking, talking, and getting on with their daily business through the “windows”, before they eventually all wave goodbye and turn off their lights, leaving you with granite once again. It’s a beautiful display that creates an interaction between Lincoln’s history, the people that live there and the advancement of digital.

Other stuff to catch 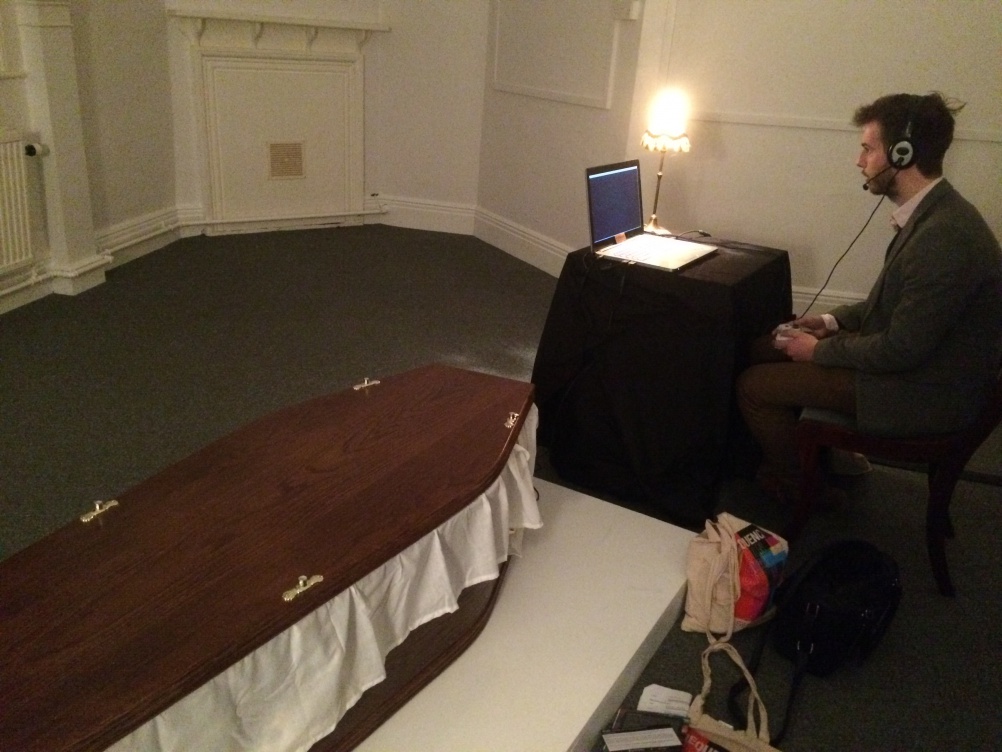 Cosmic Birds – Shun Ito: A fusion of art and science, Ito has created metal sculptures that appear to dance and fly through the power of gravity. “I used to be a contemporary dancer, but then I broke both my knees,” he says. “So I changed direction – now I make things dance instead.”

Pynchon’s Wall – The Stan Project: A group of architecture and digital students from the University of Lincoln have created a huge, metal structure around the back of the Drill Hall Courtyard, which almost seems to fit in with the raw aesthetic of the building itself. But it doesn’t just sit there – completely reactive, you can Tweet commands at it, and it will move in accordance. I went with the open-ended “Do something cool”.

Taphobos: An immersive coffin experience – James Brown: Brown is an MSc computing science student from the university, who has created a virtual reality experience – which takes place within a coffin. Although terrifying, it’s an interesting, unique look at how people react under pressure, as one person lies trapped within the (actual) coffin, and another navigates a game to attempt to “find” them on screen.