London-based studio Sennep has collaborated with music technology company Roli on its new project Lumi, which aims to let people learn the piano from home by themselves.

Lumi is an illuminated keyboard and app, which aims to make learning the piano “easier and more fun” and help even casual players “more musical in minutes”, according to Sennep.

Roli produces the Seaboard – its modern update of a traditional piano keyboard.

The Lumi keyboard connects wirelessly to a device through Bluetooth and can be used to control the corresponding app.

Sennep was responsible for the interface and user experience design. Working with Roli, it initially developed a strategy which aimed to combine game-playing elements, interactive lessons as well as provide a library of recognisable songs, according to the designer. 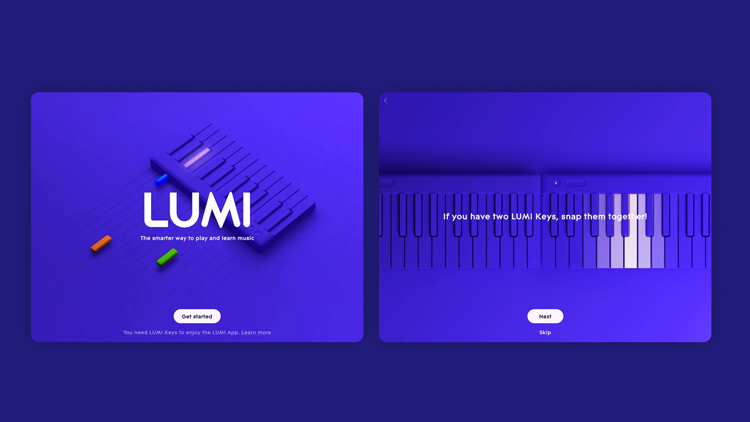 To learn the individual pieces, which range from songs by Katy Perry to pieces of classical music, there is a “Guitar Hero-like” mode where the notes appear as streaming shapes along the screen. There is also a mode for traditional music notation reading.

These “modes” are divided into four: Cascade, Rainbow, Colour Notes and Sheet Notes. These aim to mark the “progression” from the gamified modes to more traditional music-reading skills, Rice says.

Throughout the design process, Rice says there was a lot of work done on how “gamified” it should be and how much focus there should be on learning.

“The idea was to use the gaming element to draw you in,” the designer says. “Learning to play a song and showing off to your friends was a great way to get to the learning experience.”

There are “bite-sized” interactive lessons in the app which cover skills for piano-playing, such as scales and finger techniques. The app also works without the physical keyboard.

An “exciting” part of the project was working out how the illuminated keyboard could “communicate” with the app, Rice says.

When users connect a device to the keyboard, a “pulse animation” is sent through the physical keyboard. The “colour animation” that runs through the product gives the user a “magical moment”, Rice adds.

Another example can be seen in the lessons, which feature video classes. When a teacher says to play a note, the corresponding note lights up on the keyboard, Rice explains.

He says that this “evolves” in the lessons. If a student is told to learn a specific sequence, it lights up on the keyboard, for example. “It’s an easy learning curve,” the designer says.

While there is no strict age guide for Lumi, Rice says that “kids can pick it up so easily because they’re so technically savvy”.

The lessons are based around challenges, while there are also different modes for different abilities, according to Rice. The app also has an “accuracy tracking” feature so that different people can compete in accuracy, which becomes a “fun game to keep people engaged”, the designer says. 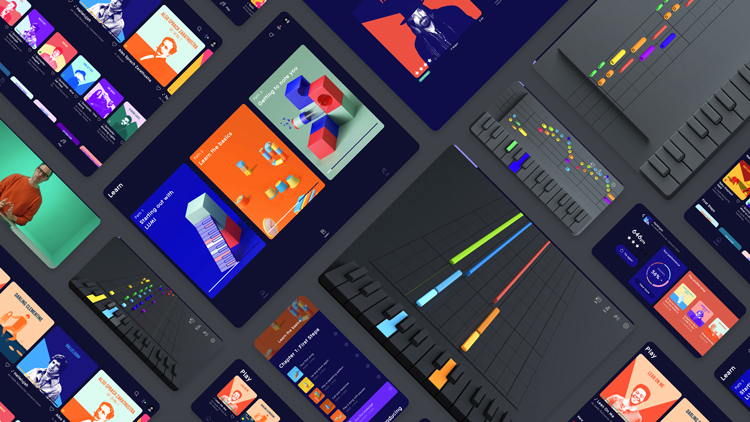 For the app’s interface and colour scheme, the priority was to create something “happy” and “friendly” to reflect the “colourful nature of the keyboard”, Rice says.

The iconography – a series of 3D “sculptural” illustrations – seeks to tie the “physical keyboard world into the digital”, he says.

The illustrations accompany different sections of the app, such as song categories and lessons. Rice says: “We wanted a tactility to the design.’ 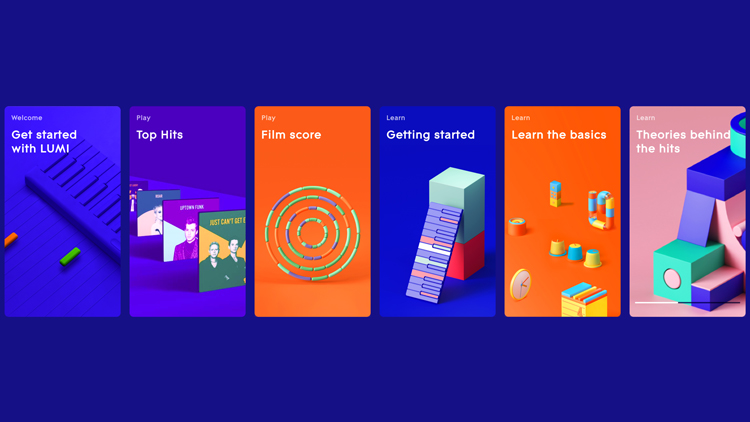 The hope is that the interface will be a framework for future expansion, according to Rice. When Sennep was working with Roli, there were around 200 songs but now there are over 400.

The imagery for the diverse artists – who range from Bach to Elton John – features “duotone photography” in colour schemes that correspond to categories of music, Rice says. These also seek to create a “distinctive” look for the music app.

“The trick was to make the classical and the pop music feel like the same family,” he says.