Studio Blackburn has rebranded mail-order company The Greater Good Fresh Brewing Co. to move it away from “old-fashioned” ideas of beer brewing.

Greater Good aims to bring the process of brewing into the home. At the core of its offering sits the Pinter, an at-home brewing device capable of producing 10 pints of beer or cider at a time. Users fill it with flavourings, water and yeast, which come delivered in the post in flat, letterbox-sized bottles either as a subscription service or one-off purchase.

The team at Studio Blackburn were introduced to the project via a previous client and collaborator. 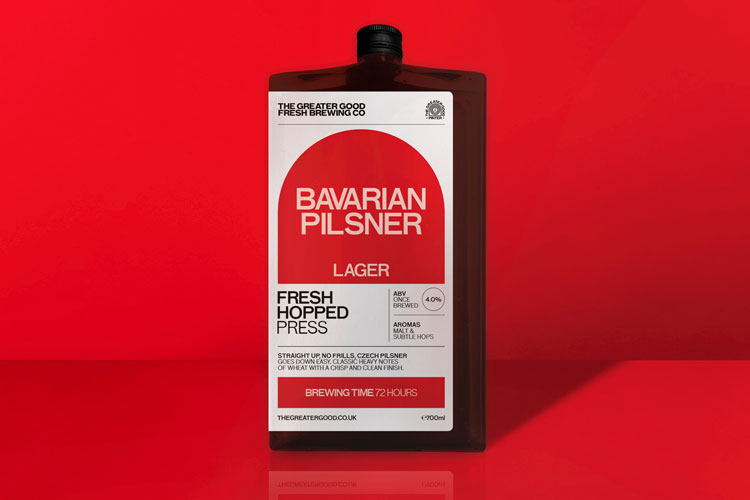 Beyond the world of novelty beer

Prior to Studio Blackburn’s involvement, Greater Good had done a small run of production and supplied its product through supermarkets. The branding at this stage was positioned to “sit on supermarket shelves”, studio founder Paul Blackburn tells Design Week.

“The previous design had it very much in the world of novelty beer, but because this was such a completely new product for beer, we wanted to do something different with it,” he says, adding that this is essentially a whole new product category.

Blackburn describes the new identity as “extremely bold, but relatively simple” – while it needed to reflect Greater Good’s usual premise of mail-order, at-home brewing, the team didn’t want it to overshadow the product design of the offering itself. 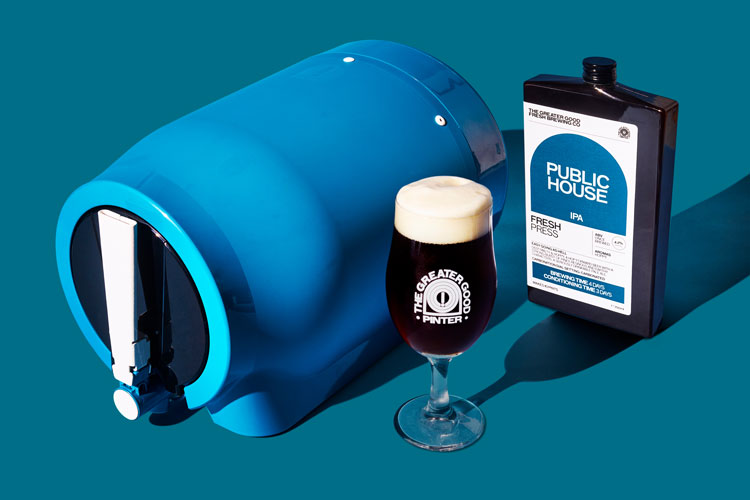 For this reason, the studio has opted for a typographic approach. The bottle labels offer consumers all the information they need, including the brewing time, ABV percentage and tasting notes.

“We really just thought they needed a typography-led approach that would allow them to be conversational with what would be a growing audience,” says Blackburn.

The largely black and white colour palette is interspersed with bright red, yellow and blue colours. These colours are “unusual” for a beer brand, he says.

The colours also help to add freshness to the overall look, which is a core part of the brand’s mission. Fresh, home-brewed beer, they explain, offers environmental as well as taste benefits – a Pinter brew reduces packaging by 70% and Co2 emissions by 50%, according to Greater Good.

The overall look has been designed for future iterations of the product too. Forthcoming versions of the Pinter and ingredients will only need to swap out the current colours for new ones further down the line. 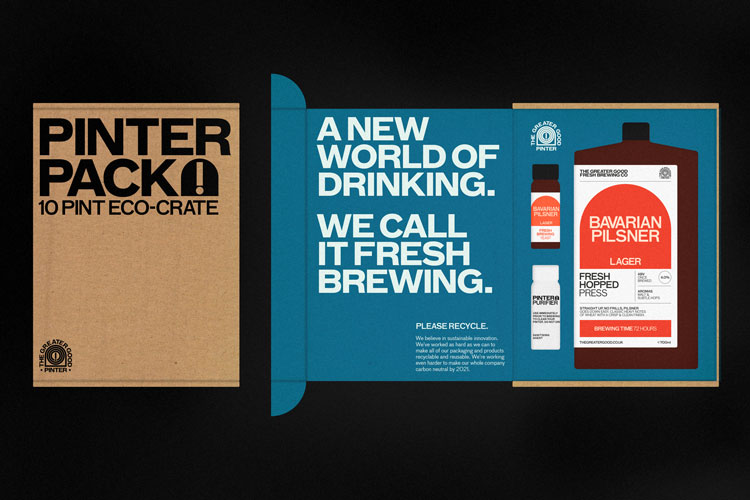 Underpinning the new look are two logos – one graphic and one wordmark – which are used in slightly different ways.

The graphic mark takes its design cues from the Pinter barrel itself and uses an exclamation mark at its centre. The length of the exclamation mark is intended to look like the beer tap on the barrel.

“We thought it was a simple and arresting image,” Blackburn says. This version of the logo can be found on the cardboard packaging for the product.

The wordmark similarly uses the exclamation mark graphic but is accompanied by the Greater Good Fresh Brewing Co. name. This can be found on glassware and the labelling for the bottles.

While the Pinter product has been designed by the Greater Good team, and is the product of “years of research, trialling, ingredient sourcing, precision design, and development”, Studio Blackburn has been involved in some product design decisions too.

“We designed and helped source all of the additional bottles, the syrup and yeast bottles for example,” he says. “We also advised on the colours of the Pinter itself.” 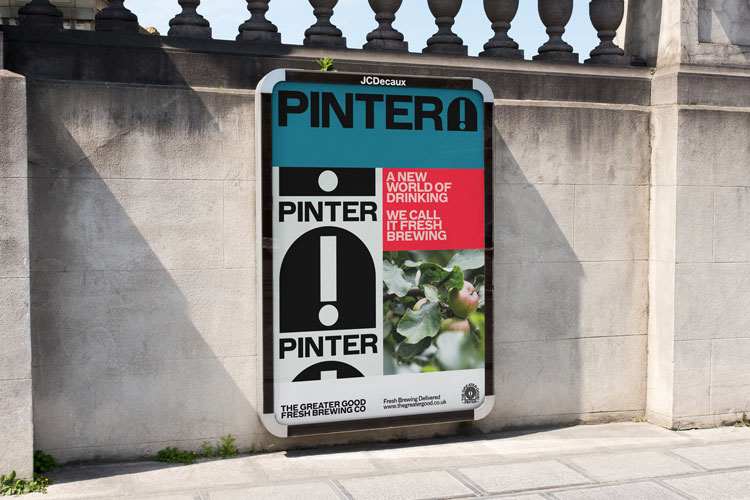 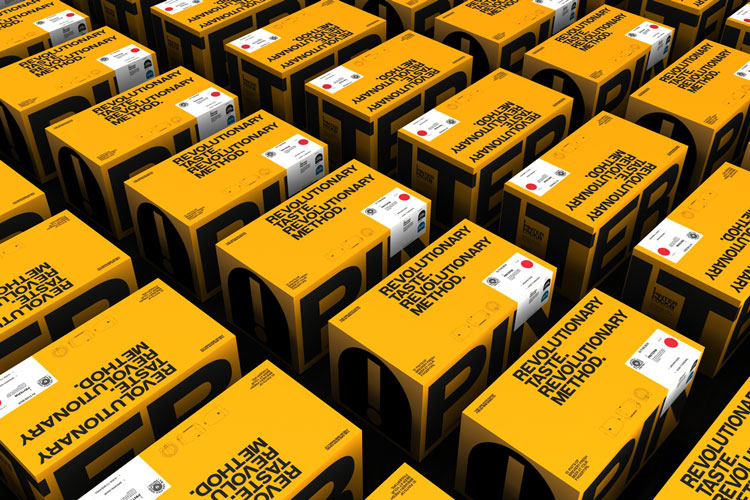