Norwegian studio Anti has created the product design and packaging for a medication that reverses the effects of opioid overdoses.

Ventizolve is manufactured by Norwegian addiction medicine company Dne Pharma. The product contains two doses of naloxone, which can reverse the effects of an opioids overdose – caused by drugs such as heroin – in less than a minute, according to the studio.

Anti creative strategist Tom Morgan tells Design Week that the aim was to break away from “traditional pharmaceutical packaging” and medical tropes that could carry “social stigma”.

The treatment can be administered intravenously but Dne Pharma has created a mechanism that allows the drug to enter through the nasal passage as a small amount of fluid. The formula for the liquid has been created by pharmacists at Norway’s NTNU university, according to Morgan.

If someone is overdosing, the unit can be divided into two and one applicator is inserted up a nostril. 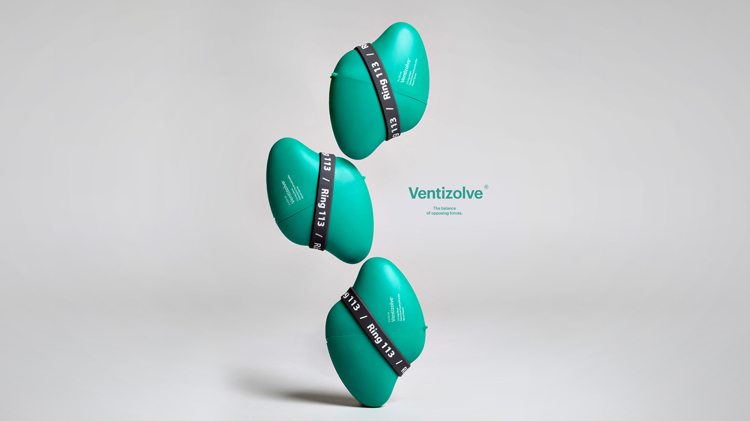 Through user research, the studio found that people carried naloxone products for various reasons – they could be heroin addicts worried about an overdose, but they could also be on medication.

As a result of this, the product’s packaging needed to be “compassionate”, Morgan says. It also needed to be more secure so that it didn’t “discharge” while at the bottom of a bag, for example.

If the product had been packaged in foil and cardboard (like how a syringe traditioanlly might), it could create “social stigma” for the diverse users, Morgan says.

“Insanely rigorous pharmaceutical standards” were a challenge for the marketing of the actual product – it is illegal to market it under current Norwegian laws, according to the designer. This meant that the “product had to market itself”, Morgan says. 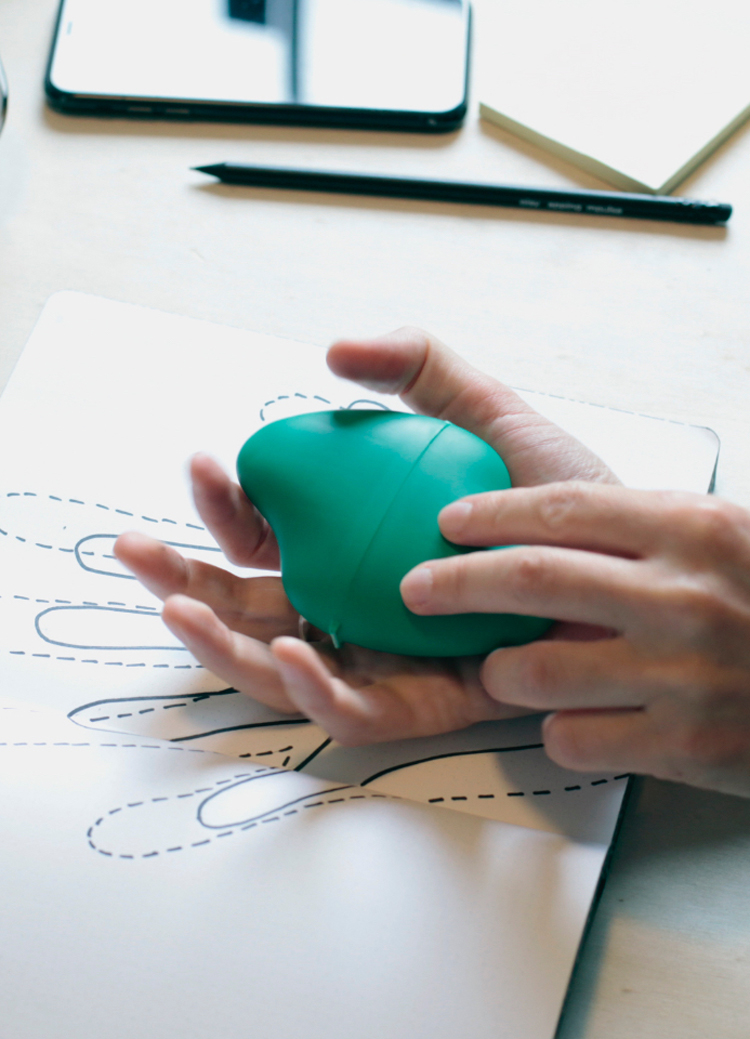 The unit’s outer casing is made from polyethylene and manufactured in Wales in as “sterile” an environment as possible.

It is green, which seeks to provide “assurance of quality and continuity” while also hoping to stand out in case of an emergency, Morgan says. He hopes that the shape, which has been designed to fit easily into people’s hands, will become “iconic” and “recognisable”.

Morgan explains that these easy-to-identify qualities such as shape and colour were decided after research with potential users.

Sometimes the product might be buried deep in a handbag, for example. It might also be required in “chaotic” situations, he says. It therefore had to have a distinctive and “tactile” shape so that it could not be confused with another product.

“Everything serious has a barrier”

There is also a band that wraps around each unit. This provides an extra security so that the product cannot be opened accidentally, though there is also a clasp mechanism that keeps it shut in the first place.

The second reason for the band is a mental one, according to Morgan. He likens it to the pin on a fire extinguisher or the “emergency hammer” sign on a bus window which “elevate a seriousness” to the process.

“Everything serious has a barrier,” he adds. “There’s always a little thing that asks: ‘Are you sure?’”. By taking it off the unit, it helps people to get into this “mindset”. 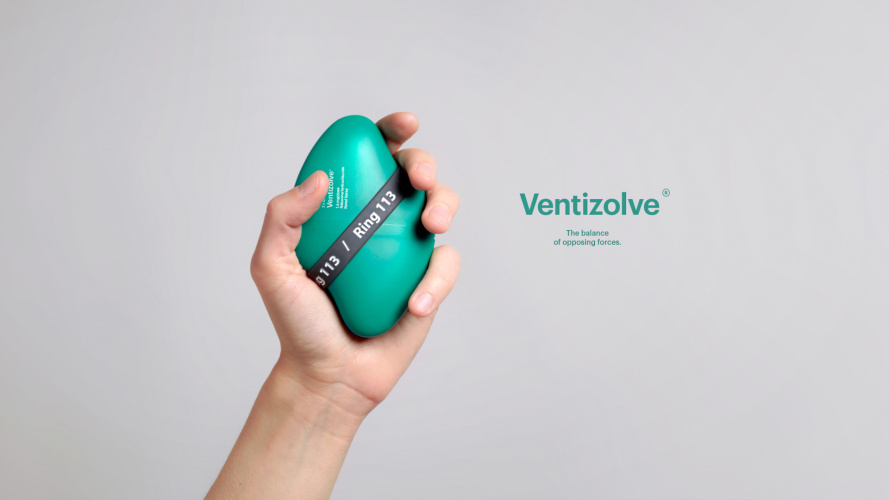 In the future, the band could also be “another surface” for branding. For the current product, it has a reminder for people to phone an ambulance and provides the emergency number. “It’s too small to lift a vein for injecting,” Morgan adds.

The studio has created illustrations for the instruction guide as well as a series of videos about the product. Each unit also contains a set of instructions on how to use the product. 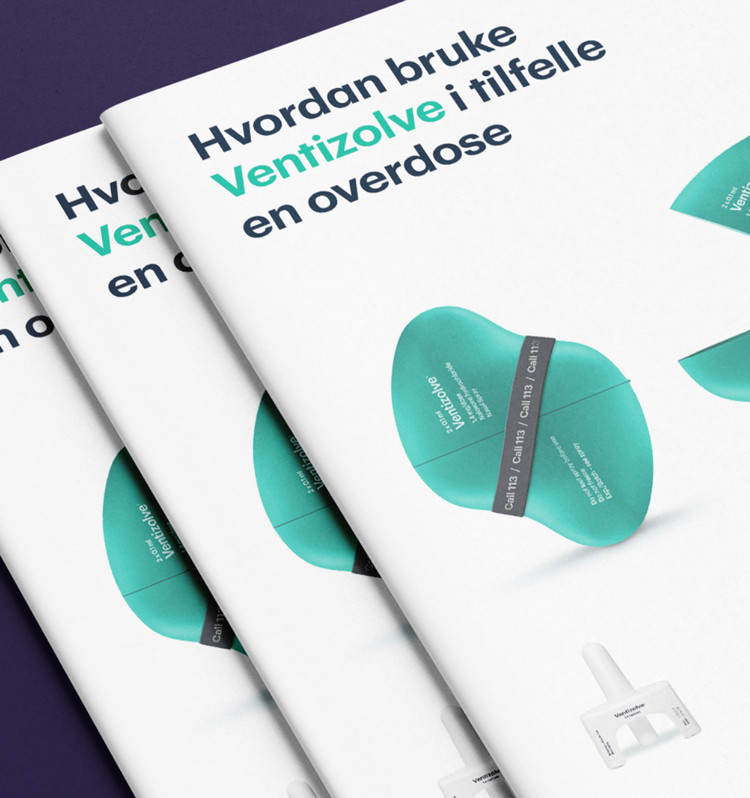 Right now, the product is available as a prescription and at “clean rooms” in Norway, Morgan says. These are places where heroin users can be taught about the dangers of the drug but also how to administer it safely.

The product is relatively cheap as it is being subsidized by the government. He hopes that it will become more widespread (internationally, as well as in Norway) once governments switch to “harm reduction policies” around drugs.

The potential wider reach of the product will depend on work at a state-level as well as creating awareness on an individual level, Morgan adds. The designer hopes that the project’s visuals will help to “gather support” for the product and help to reduce stigma around the issues.

He also says that emergency service workers are “taking the product onboard” while a hotel chain has also shown interest in the product to treat any guests who might suffer from an overdose.