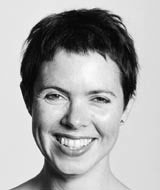 Hilary Cottam, director of the Design Council’s Red division, is to set up a consultancy working in the field of public service transformation, in partnership with strategic consultant Charles Leadbeater and former head of Ideo London Colin Burns.

She will leave the Design Council after five and a half years on 13 November, but there is no replacement lined up for the Red director role, according to the council’s media director Deborah Fitzgerald.

Red, the Design Council’s public service design think-tank, was formed in 2004 as the brainchild of Cottam (pictured) and council chief executive David Kester. Cottam’s work in this emerging area controversially won her the Design Museum’s Designer of the Year award in 2005.