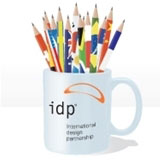 The design consultancy model has come under fire this week as being ‘unsustainable’ and failing to make the most of its intellectual property.

‘Branding and design is at the bottom, with operating profit margins of 6 to 7 per cent. Frankly, that’s not sustainable – you need higher margins if you are going to grow the business,’ he told international delegates at the Jones Knowles Ritchie-hosted conference.

At the same time, Nucleus group managing director Peter Matthews has hit out at design groups’ failure to capitalise on the IP they generate for clients (see Business Insight, page 22).

Describing the consultancy model as ‘deeply flawed’, Matthews says that control over IP can help ameliorate the ‘unpredictable peaks and troughs of this project-based industry’.

‘If you want a fair share of the value created in the design process, you need to move into the IP business and start backing your own ideas with your own money,’ claims Matthews. ‘[Previously at Nucleus] we tried many things, but we never found a scalable way to make money while we sleep’.

Staff time that is misspent or unaccounted for can lead to lower profit margins from client projects and staff dissatisfaction with the business and its clients, adds Hunt.

He says that it is ‘basic business intelligence’ to know which clients are the most and least profitable, and suggests that consultancies cull those at the bottom of the pile, typically by raising fees.

Drawing on data from Willott Kingston Smith’s Marketing Monitor 2006 survey, published in April, Hunt notes that design groups are attaining an average profit margin of 7.2 per cent, against the target of 15 per cent, which less than two-thirds of consultancies are achieving.

• Least profitable clients should be ditched

WPP expands in Asia with new buyouts in Bangalore and China