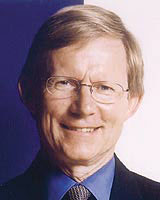 The trawl is on to find a chief executive for the Design Council following the announcement this week that Andrew Summers will step down in March.

Design Council chairman Professor Sir Christopher Frayling is convening a group of Design Council councillors to find a successor, whose appointment will be ratified by the Department of Trade and Industry.

The successful candidate will have ‘profile, visibility and champion design’, says Frayling, who hopes to resolve the matter by December. ‘They will have vision and the ability to manage a complex organisation and talk to radically different constituents,’ he adds.

Summers, who is leaving after eight years, says he hopes to pursue ‘a mix of new roles in both the public and private sectors’. He was previously managing director of Sharwood’s and RHM Foods.

Frayling says Summers was ‘perfect for chapter one’ of the council’s history post 1994, ‘giving the worlds of business, politics and education confidence in the council as a lobbying body for design’.

‘Chapter two’, he says, involves ‘inspiring and enabling the use of design’ and ‘bringing together [pieces of] the jigsaw to create a fighting force’.

The ‘B’ word is just one part of the business mix