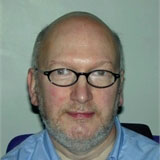 An initiative to elevate design in Scotland to an international stage launches this week, under the £3m Six Cities Design Festival project funded by the Scottish Executive.

A panel of global design industry figures has been gathered to bring ideas and guidance to the scheme, says Stuart MacDonald (pictured), director of The Lighthouse design centre, which is leading the project. Branding is being created by Glasgow consultancy D8, which was appointed in February.

The festival will coincide with Designs of The Time 07, the first of the Design Council’s ten-year programme of regional design biennales, to be held in the North East of England throughout next year. However, MacDonald intends the Scottish programme to be distinguished by its international flavour.

‘It is different because of the international dimension, where international exhibitions will sit alongside design work from each of the cities. It is also running across the whole of Scotland, so it is country-wide,’ he says. ‘We are looking to the think-tank to get suggestions and reactions to our plans and also to encourage involvement in our programme.’