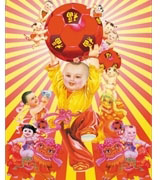 To promote the forthcoming FIFA World Cup, the German host has injected some culture into the proceedings with World Cup Art Edition posters. Clare Dowdy takes a look at designs from around the globe

But apparently not, for this year’s host, Germany, has come up with a new ruse. It’s injected a little creativity into the proceedings with the World Cup Art Edition. ‘A new category of official event posters, as well as a high-end fan item’ is how FIFA, the German government and Berlin-based art marketing agency Brands United choose to refer to them.

Dr Renate Bauer of Brands United was given the enviable task of inviting a selection of artists from every continent to submit football-themed work. The final 14 were then hand-picked by FIFA president Joseph S Blatter, who is keen to stress the relevance of art to football. ‘Football is deeply rooted in culture – it is not just kicking the ball. This is why I took pleasure in selecting the artwork,’ he said at the time. 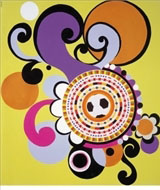 Since then, these posters have been touring embassies, Goethe Institutes and galleries around the globe. The original works will be exhibited at the German Parliament from 1 June to 10 July, after which they will be sold.

According to Bauer, the posters are already becoming collectors’ items, and it is easy to see how they might appeal to fans weary of the usual football merchandise. ‘Orders have been placed from more than 35 countries worldwide,’ she says. The unsigned versions are priced at €32 (£22), while signed, limited editions go for between €500 (£346) and €1500 (£1037).

In terms of the artists, Britain is well represented, with Tim Ayres’s cool blue Girl With Football and the all-in-one Foot-Ball by YBA mover and shaker Michael Craig-Martin. The Germans have rolled out their star players in the guise of Andreas Gursky and Tobias Rehberger, along with Rosemarie Trockel and Norbert Bisky.

Graphic interpretations have been left to the whim of the creator. So, while some renditions are literal, such as Bisky’s German figurative, school-style Perfect Match, others are more subtle. Go For It, Stars, by Owusu-Ankomah of Ghana, is a nice monochrome example of this, as is the geometric Gateway by the American Sarah Morris. 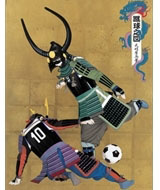 Meanwhile, Beatriz Milhazes’s Maracanã has a knowing Postmodern look about it, à la Britain’s Fiona Rae, in its combination of abstract art references. And Japanese-born Hisashi Tenmyouya is the author of Football, a blatantly Postmodern work with recontextualised warriors and dragon.

And even the most disinterested football spectators among us would be hard pushed not to appreciate China’s efforts. By the Hong Kong-based brothers Luo (Weidong, Weigno and Weibing), A Cup For Your Toy is pure iconic kitsch.

With the World Cup Art Edition, at least, it’s not the winning but the taking part that counts.