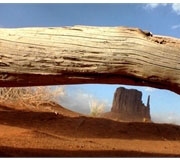 Camera phones are providing opportunities for a new kind of image-making and there’s a whole market out there for small photographs aimed at mobile screens. Are photographers taking up the challenge? asks Yolanda Zappaterra

Years ago I used to collect photo-booth pictures of friends. One wily character captured not just his image, but the whole narrative potential of the photo booth in a series that created a science fiction story in four frames. Fast forward 25 years to April 2006 and he could be morphing himself into a dog, a geriatric or the hunk he might have secretly wanted to be, rather than the skinny punk he was, thanks to MorphMe, a service from ActiveSymbols and Corbis Mobile, which lets mobile consumers take a picture of themselves or others and morph it into something else using stock images.

The mobile wallpaper and screen-saver market is huge, and a potentially lucrative revenue stream for photographers, but how do they feel about their images appearing on mobile devices? Rachel Wright, creative director at Corbis Mobile, believes ‘creatives are intrigued by the medium and the market – it’s new, it’s rapidly developing and we can quickly test within the market to see what works and what doesn’t’.

There’s also the cachet of being at the very heart of popular culture. As Wright points out, ‘Mobile content functions like other consumer products – as a fashion accessory, a means of self-expression or a form of quick entertainment. The content we develop must complement what we see resonating in fashion, art, music, film and entertainment.’ So the scope can be broad, which makes things interesting for photographers, and the subjects they shoot fast-changing, which means a lively turnover of both commissions and fees. 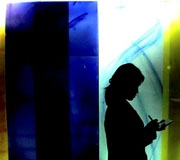 While mobiles may be rapidly evolving as a new medium of creative expression for illustrators and photographers, Wright admits it comes with its own set of creative challenges. The low resolution eeriness of images captured by mobile phones, such as those of the London bombings in 2005, can now be exploited as a language in its own right – for instance, in the work of London College of Fashion student Alec McGhie – but creating content for the small screen is another matter.

Some photographers refuse to be involved. Others, such as London-based Ferran Izquierdo, half of photography duo Mocho, have considered the medium. But, he suggests, it is only in the last year or so that the screens have become good enough to make it worthwhile getting professional photographers involved.

So how does a photographer used to print – whether it be in magazines and books or on gallery walls – approach those challenges, notably the size of screens and the lack of inks or chemicals, to bring out the richness and depth of an image? Wright says it’s about going back to basics. ‘Creating for the small screen means that you must focus on key design principles – simple compositions and colour combinations that will read at a very small scale and can be converted into multiple aspect ratios as the image is reformatted across many different devices,’ she explains. Izquierdo suggests the approach should be much like producing images for the Web – keeping things very punchy and contrast-up.

Veteran US photographer Robert Clark, who last year worked on a project with Sony Ericsson in which he photographed North America using a Sony Ericsson s710a camera phone, adds: ‘Always shoot what you’re drawn to. But, that said, I find that I keep the images more simple than normal. And I also tend to have something very close to the camera as foreground matter.’

Fellow US photographer Stephen Stickler, whose work is represented by Corbis, also believes in keeping composition simple, because ‘the image has to register immediately. It’s the opposite of seeing photographs in a gallery or book. The cellphone wallpaper has to have an immediate effect, but also be compelling enough to retain interest. At the same time, you don’t want too much sustained interest, as these images are meant to be consumed like candy,’ he says. 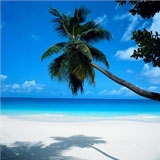 Stickler became involved in creating content for mobiles because of his background in music photography. And, while other photographers might take issue with the inability to control the image once it’s been released into the ether, his view is a pragmatic one. ‘In this day and age, artists have to reconcile themselves to the fact that once the work is out there, you no longer own it in a traditional sense and it is changed. DJs and Andy Warhol figured this out a long time ago,’ he says.

Small photographs are nothing new. Mick Williamson has been working on an intimate scale for the past three decades, using a half-negative camera (allowing 72, rather than 36 pictures to be taken on a standard film), with fixed focus and two shutter speeds. ‘It means you’re not constantly worrying about the technical aspects and can be quite “casual” in your approach. A lot of the time I don’t look through the viewfinder – I just “point and shoot”,’ Williamson explains. Exhibiting the work, he varies between keeping the negative quality by showing them at 6cm by 8cm or blowing them up to 1m or more. The slow response time of mobile phone cameras rule out the kind of transient poetic moments that Williamson seeks to capture, but the same creative democracy applies. It allows people to be more experimental in taking pictures, and free from the technical worries of thinking about f-stops and the like, he says.