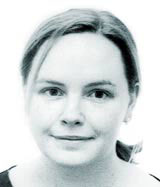 AMP Oval marketing manager Anna Groves has risen to the test of repositioning the brands of both Surrey County Cricket Club and its ground. Trish Lorenz reports

Sport is big business. The days of plucky amateurs turning out for their team are long gone, replaced by corporate giants like Manchester United and mega-celebrities like David Beckham and Tiger Woods as concerned with image rights and endorsements as their sporting prowess.

But cricket, despite its professional status, somehow retains the aura of a bygone era. In England at least, there are few cocaine-fuelled scandals to report and we have yet to see Nasser Hussain pushing paparazzi from his path as he struts into The Ivy. Some would argue this is no bad thing, but the reality is, in today’s celebrity driven sporting arena, cricket has an image problem.

Anna Groves, marketing manager at London’s AMP Oval cricket ground, home to Surrey County Cricket Club, concedes that. ‘The perception of cricket means we must work harder. We need to move with the times or cricket will have long-term problems.’

Groves oversees two brands – the heritage driven SCCC and the more ‘maverick’ Oval. Describing herself as the brand guardian, Groves takes responsibility for all aspects of the brands from their graphical representation to more three-dimensional and experiential considerations like interiors and how staff interact with customers.

Groves describes SCCC as ‘the Manchester United of cricket’. ‘We have been County Champions for three out of the past four years and have won seven trophies in seven years,’ she says.

But she highlights the dichotomy between the passion of the SCCC’s cricket heritage and the more business driven needs of the Oval when she is ‘concerned that we’re perceived only as a cricket ground’.

In fact, the ground has conference and retail facilities, indoor cricket and a gym and Groves is keen to promote this broader offer.

‘We want to become a destination. A 365-day-a-year venue, not just 50 days each year of cricket. At the moment, conferences are underperforming, we’re only selling 10 per cent of capacity.’

The marketing role is a new one for the club and ground – prompted in part by major development plans, including a new HOK-designed pavilion for the entire Vauxhall end of the ground.

This major capital project prompted an assessment of the business and the development of business plans, says Grove, and acted as ‘a good wake up call’. Her role grew with the organisations’ realisation of the need for a more corporate attitude to the business of sport.

‘We’re a company, not just a passion, and my role was created in recognition of that and the need to develop the business,’ says Groves.

Branding, in particular, is now a key consideration and she appointed Agenda Design in October 2002 to evaluate both the SCCC and AMP Oval marques and their positioning. The group is advising on the relationship between the two – how closely linked they are, the importance of promoting them together, and their perceived hierarchy.

Groves defines the Oval’s current positioning as ‘more Channel 4 than BBC1’ and describes the venue as a ‘maverick’ in comparison to its main London rival, Lords.

‘Lords is the home of cricket, but that’s not what we want to be about. We’re about open access, friendly and approachable people. We want to be perceived as the people’s ground, a benefit to the community, an oasis within a very urban area. We are welcoming to a broader audience and want to push that.’

Groves’ belief in this positioning is evident in the wayfinding solution she has recently implemented with signage specialist Cartlidge & Levine. The group initially proposed a solution using dark blue and dark green, which Groves likens as more suitable to ‘a bank or insurance company – it was quite establishment’. She felt it wasn’t appropriate for the urban location and audience and chose a lime green instead, to represent the ‘oasis within’ and the less conventional aspects of the brand.

Groves is also overseeing the renovation of the Oval’s existing facilities, including reception areas, completed last year, and the venue’s bar, the Bedser Lounge, which will be complete in time for the new season in April.

With interiors designed by Detail designer Alison Cooper, the bar will serve as a ‘focal point for players and press’.

Under Groves’ direction the organisation tends to work with smaller design groups. Before appointing Agenda, it worked with Steel and The Creative Element.

‘We choose smaller organisations as we’re not huge ourselves,’ she says. ‘Our resources are finite and groups we work with can’t see things in isolation. They need a teamwork ethos, which smaller consultancies tend to have.’

Groves is not a cricketer herself – in fact she lists football among her interests and is a keen Nottingham Forest supporter. But her passionate belief in the Oval’s offering and her conviction of the brand’s core strengths belie her pronouncement that ‘there’s more to life than cricket’.

The sport could use more advocates like her as it moves to identify ways to continue its role as a defining aspect of English life.

Mind your own business