Update 19 April 2018: The first trailer for Design Canada has been released. The film will premiere in June 2018 in various cities in Canada, and additional screenings in the US and Europe will be announced soon. Watch the new trailer above, and for more info head here.

Design Week: Can you tell us a bit about your own background and how you became interested in Canadian design as a subject?

Greg Durrell: I got into design when I was really young. I would say from the time I was 14 or 15 years old I knew I wanted to be a graphic designer. Once I started to think with a designer’s mind, there was so much beauty that surrounded me every day – from the Canadian Broadcasting Corporation (CBC) logo, to the Canadian National Railway (CN), to the Canadian flag – that it seemed to be everywhere I looked. I firmly believe that to know the future you have to know the past and I became really curious about the graphic history of my own country, Canada.

DW: How did the documentary come about?

GD: As I began to try to figure out and research more information behind these logos, symbols and designers l couldn’t find anything. There was nothing really online and there were never any books about Canadian design. This was something that had always been a passion of mine and it was a frustration that built over almost 15 years. When I did the maths on how old these designers would be I realised that many of them would be in their 80s, so it really became now or never trying to capture these stories.

I had no business making a film, I had no idea how to operate film cameras, I didn’t know how to use zoom mics. I just invested my money into buying the gear and taught myself how to use it through YouTube. I looked these guys up in the phonebook because none of them are online, cold-called them and travelled across the country to collect these stories.

About a year and a half after I was introduced to producers Jessica Edwards and her partner Gary Hustwit through a mutual friend, and they’ve come on board and helped me really craft this into a film.

DW: Is it genuinely the first feature documentary on Canadian design?

GD: Absolutely, you can even argue it is the first exploration of Canadian design in any form. There are some things online, there are maybe some websites that have Canadian design but nothing as in-depth. The film will be the first time that many people see the faces behind the CN logo or the Canadian flag.

DW: Why do you think this is the case?

GD: For me there’s two main reasons why. Firstly, Canada is a fairly small country – we’re really large but we’re really small – and as a result our media machine isn’t as big as the US or the UK. For me it is absolutely the time to tell the stories of these Canadian design pioneers, because not only did they define and create an industry here, they also helped define our country.

GD: Considering it is the 150th anniversary of Canada gaining independence from Britain and becoming a self-governing country, it is the perfect time to retrospectively look at this work and what it means to us today. When I started this I knew that 2017 would make this film relevant. This year will allow us to be reflective as a nation about who we are and I think most importantly who we want to be.

DW: How did you select the particular designers you wanted to interview?

GD: That was another challenge because there was literally no information about anyone online. I wanted to talk about the CN logo, the flag, the Montreal Olympics and the CBC logo and I could find out a few things about who made a particular logo or poster perhaps. From that I would cold-call them from the phonebook.

One of the most difficult parts was that I really couldn’t prepare for a lot of these interviews because I had no idea what these guys had made. I was stumbling in the dark at times but I was following the scent and it really led to some beautiful places and individuals.

DW: What approach are you taking in terms of the look and feel of the documentary?

GD: The majority of the film will be set in the 1960s and 1970s, covering what came out of this era and how the designers helped shape that time. The other part follows one of Canada’s most successful design studios today – Concrete – while it is going about a rebrand of a high-performance sport company. That part is going to be like a cinéma vérité, fly-on the wall documentary where we have been sitting in on meetings and watching the designers draw, edit and present their work. For us it was really important not only to tell the story of the past but also remove some of the mystery behind what designers do.

DW: Can you give some examples of the archival footage that will be included?

GD: There is some incredible archival footage of the debates in 1964 about whether to introduce the Canadian flag. Not only in the Houses of Parliament but on the streets of Canada, polling average citizens on their thoughts about what should represent Canada.

There is some incredible stuff from the 1967 exhibition and fair Expo 67 as well, which was really the first time Canadians had access to a wide range of modern architecture and design. The world’s leading architects and designers came to Montreal and created this environment that people could really immerse themselves in and understand the power of design.

DW: Do you think there is a distinctive Canadian design aesthetic?

GD: When we think about the 1960s on a global scale, it was about modernism and that international style. What is interesting about the Canadian story is that Canada really seemed to embrace the style in a different way due to a perfect storm of events.

Post-World War Two Canadians began to see themselves as their own nation and not a colony of Britain. Around this time in 1967 was the 100-year anniversary of Canada’s independence, which was another opportunity that became a little bit more reflective of who they were as a nation.

There was this real need to redefine Canada and to create a new unique identity. Things like cutting the British ancestry roots, redesigning our national banks, our national organisations and our institutions.

In the 1960s Canada also had a really forward-thinking immigration policy and this wave of European immigrants came mainly from countries that were absolutely destroyed by World War Two. They found this country that was ripe for change and embraced this international style of design, which then rippled through everything from the design of our flag to the national railway, broadcaster and many other institutions.

DW: Why do you think it is important to anthologise design stories like this?

GD: As a young designer myself I would have loved to have the resources to study the design of my own country, to learn about the pioneers of design from Canada and I think that’s important for us. For the general Canadian public as well, probably very few people have think that there was a human hand that drew the maple leaf in our flag. If we can connect these stories and the human side of this, I think it will help to increase the appreciation and understanding for design. 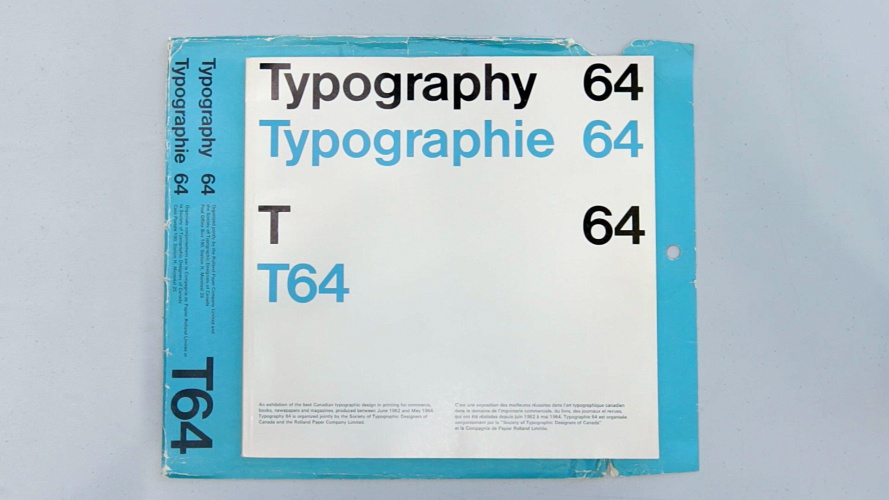 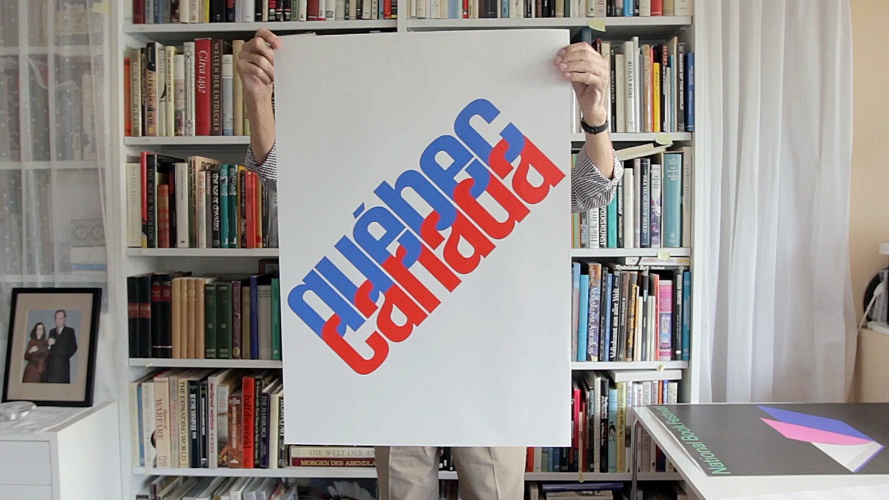 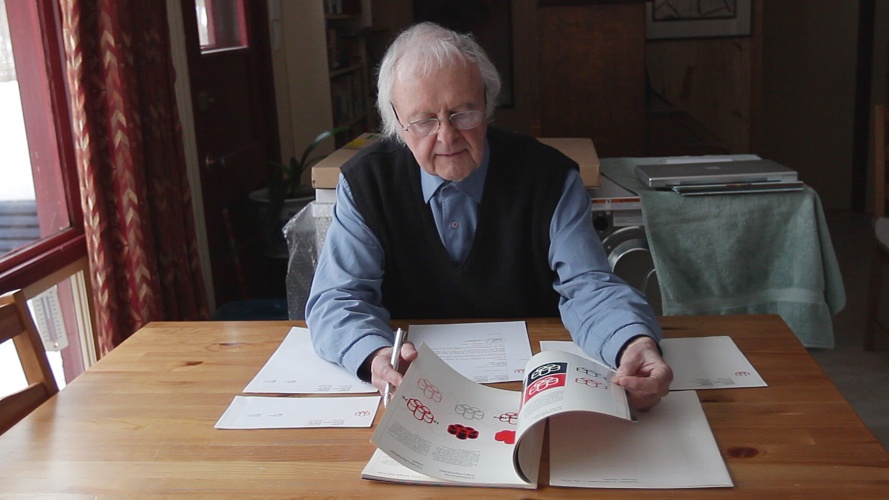 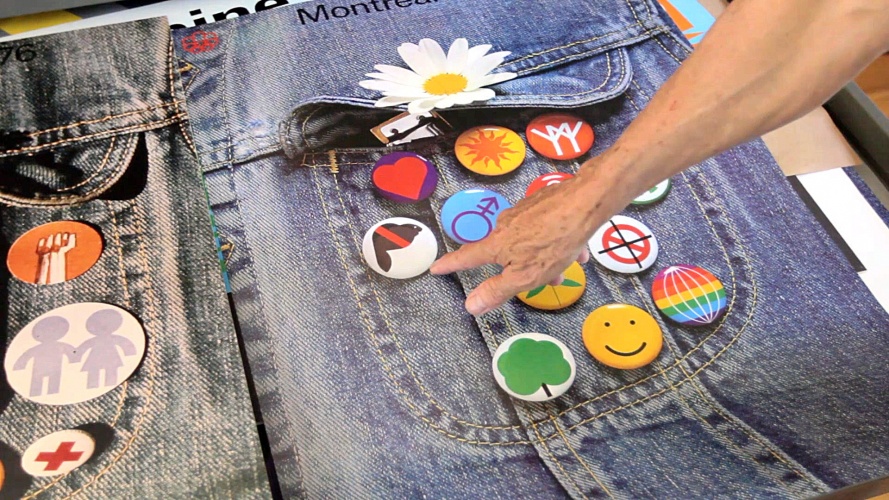 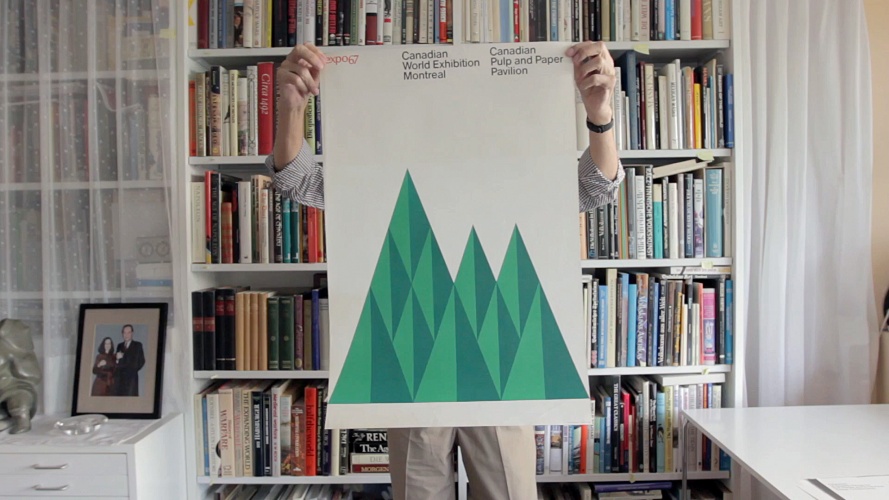 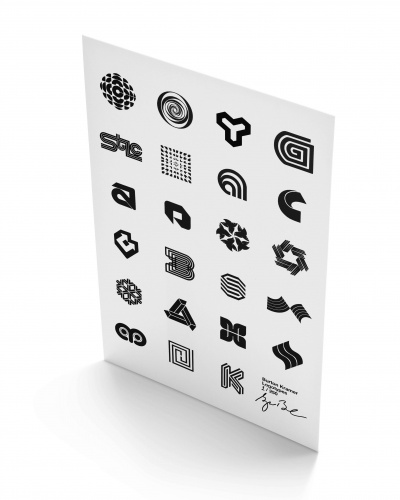 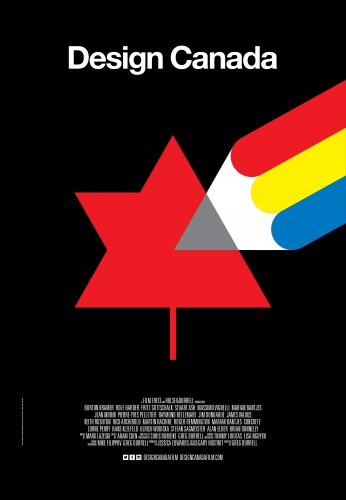