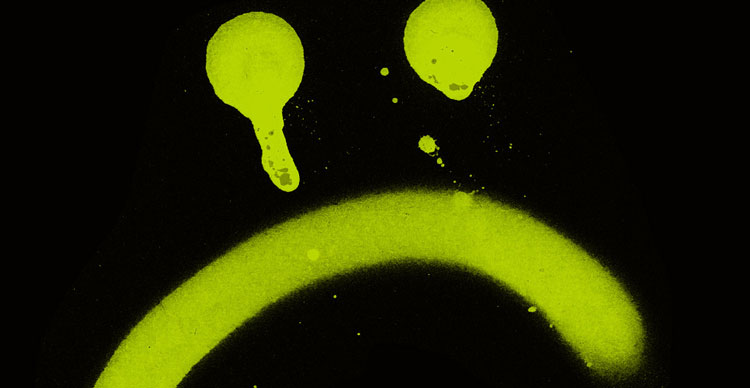 My mind can quite easily inflict me with an overinflated existential crisis, triggered by a routine bout of tiredness. Sundays can become storms of unfounded worry and insecurity if I allow them to. But I am generally a happy person and to my knowledge, have never suffered from depression. Those I spoke to when putting together a podcast on male mental health, assure me I would certainly know if I had.

Artistic expression is a powerful asset

It was in 2013 that I first learned about the issue and met friends who continued to battle depression and anxiety. I worked with charity the Campaign Against Living Miserably (CALM) to create an awareness campaign exploring the idea that artistic expression is a vastly under-utilised, multi-layered and powerful asset. I did a lot of introspection, thinking deeply about what it is that enables me to stay positive, and I was unable to see past my adoration and tribal belonging to creativity.

I recently met CALM’s communications manager Paul Shiels to talk openly and frankly about the issues that arise from the charity’s work preventing suicide, which still claims the lives of a frightening number of young men in the UK. The “stiff upper lip” and “boys don’t cry” attitudes placed on men by society contribute to the statistic that three times more men than women took their own lives in 2016.

Of course, the issue goes far beyond societal expectations. Shiels was one of 10 people I interviewed for my podcast Arrest All Mimics about how creativity can have a positive impact on mental health.

It could be a fanatical love for comic books, music or cinema

The act of creating something from nothing or enhancing something through play and innovation has given me great joy and a deep sense of purpose throughout my life. It has afforded me a career working with thousands of interesting people, making friends and achieving dreams. I see others who have never set foot in any professional artistic discipline but just a fanatical love for comic books, a certain band or cinema has brought them together with like-minded people, creating a sense of belonging and identity.

Collating the podcast conversations, I felt very excited by the range of experiences recorded on my microphone. Painter Ray Richardson talked of his painting entitled Riding into Tesco Town, which showed how art had provided a vehicle for him to express his feelings on the changes he’d seen in his native Woolwich. Illustrator Ste Johnson finds great beauty in drawing’s most basic ability to channel the mind and offer a momentary pause button for the overwhelming noise of life that can become a great burden. Artist Angela Morris-Winmill talks lovingly of her autistic son’s newfound love of fashion.

This is not an attempt to offer a cure

No one gives the same answer. What I increasingly spend time trying to do through my work in illustration is open up to others a wonderful world that has enhanced my life greatly. There is something for everyone, be that a career as a professional designer or a bit of fun that breaks up the daily grind enough to incite a smile.

I make no great statements. This is not an attempt to offer prevention or a cure for anything. I’m just a bloke from Yorkshire, a geek who can draw, who fears greatly that as the world steamrolls into a challenging and morally questionable new era, happiness and independent-thinking are too far down the priority list of those in power.

I want everyone to experience the surge of adrenaline I feel when someone tells me they too love the work of Damon Albarn, or when I see my ink hit the paper. The context, client or materials used are irrelevant. Whether you’re on the stage collecting an Oscar or in a bedroom throwing paint, it’s not about masterful talent, fierce competition or shiny awards. What matters, when all the gloss is stripped away, is feeling engaged, empowered and able to share an activity that activates you on an emotional and human level. 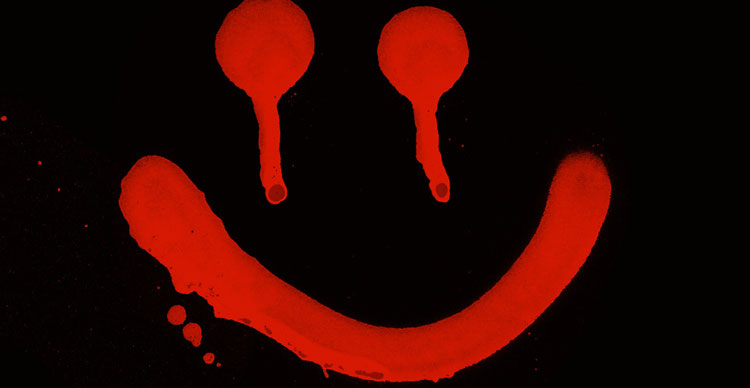