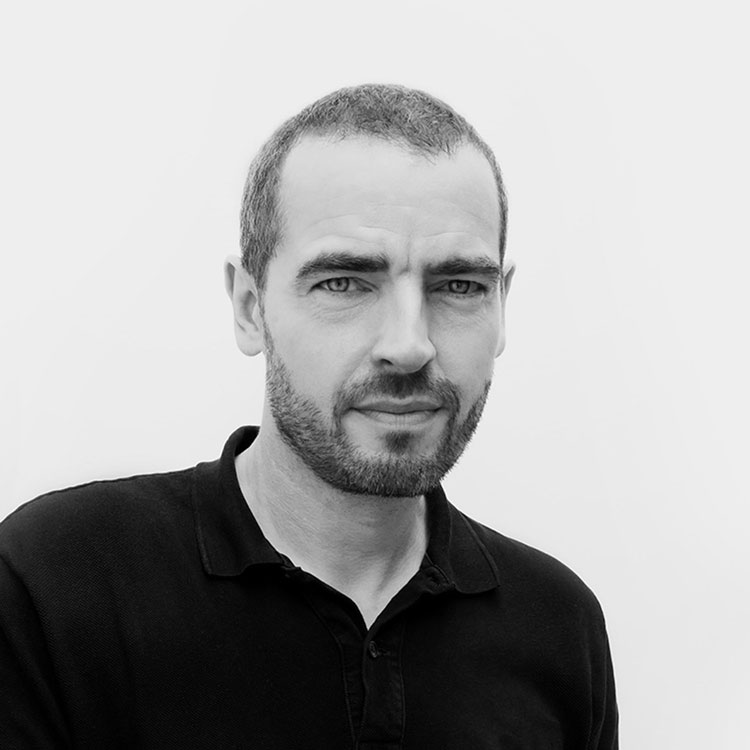 Working at “the intersection of architecture and graphic design”, Sascha Lobe has led a number of creative projects encompassing wayfinding systems, signage, print and branding and identity. Previously, he was the founder and creative director of communications design consultancy L2M3, before joining Pentagram as a partner in 2018.

One of his most celebrated projects is the identity for the Bauhaus Archiv Museum in Berlin. Aiming to give the museum a more uniform corporate brand, Lobe and his team devised a system that relied on material found within the archive itself, including a variable typeface called Bayer Next, which took direct inspiration from original Bauhaus type designer Herbert Bayer.

Other clients of Lobe include Mercedes Benz, Hugo Boss and Adidas.

Having worked on projects for the likes of The Sopranos, Zodiac, Iron Man 3 and Sherlock Holmes, Lisa Bolan is a seasoned creative in the field of designing for film and television.

After graduating from the Rhode Island School of Design in 1997 with degrees in both illustration and graphic design, Bolan moved to LA to begin her career. She moved from art direction at 1K Studios, to a design role at Prologue Films, before moving over to her current position as title designer for Elastic in 2017.

Since then, she has worked on a number of high profile projects, including the end credit sequences for Captain Marvel, The Alienist and Yellowstone, as well as Netflix shows Manhunt “Unabomber” and “Conversations with a Killer: The Ted Bundy Tapes. 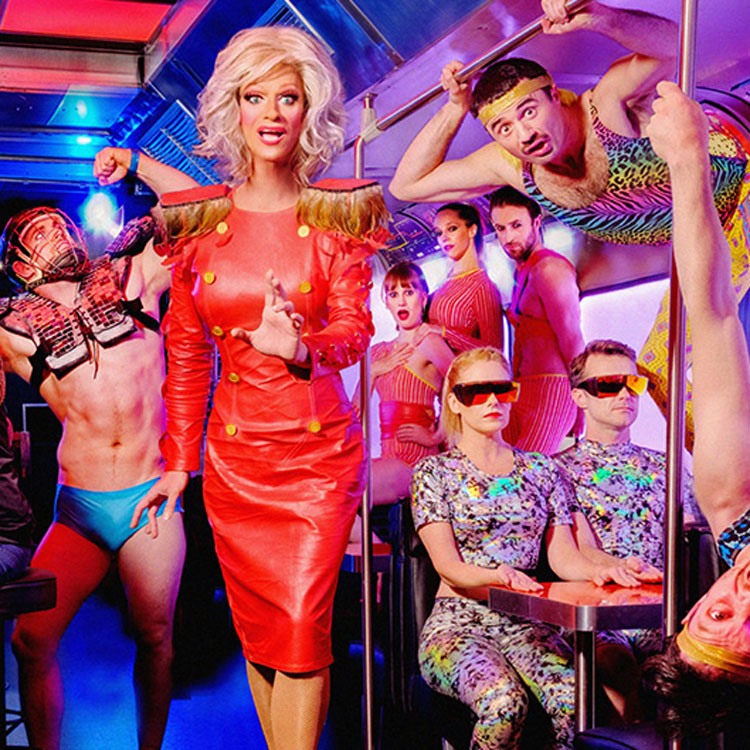 Over the last 12 years, Irish collective THISISPOPBABY has created events that stand at the centre of pop, queer and counter cultures. With a style that is distinct and eccentric, the team have designed and produced theatre shows and festival sets for more than 250,000 people, on stages across the world.

In this talk, co-director of THISISPOPBABY Jennifer Jennings will be joined by one of the organisation’s associate designers, Niall Sweeney of Pony Ltd., who has worked with the team for the last decade on shows including the international RIOT theatre tour. Described as a “disorderly cocktail of wild theatre and eye-popping circus”, the show broke box office records at Dublin Fringe Festival 2016.

Sweeney has long fused art and design with experience and events, frequently working internationally across print, theatre, film and installation projects.  The two will discuss their lengthy collaboration, highlighting how Sweeney’s cross-disciplinary approach to design has been key to the outfit’s continued success. 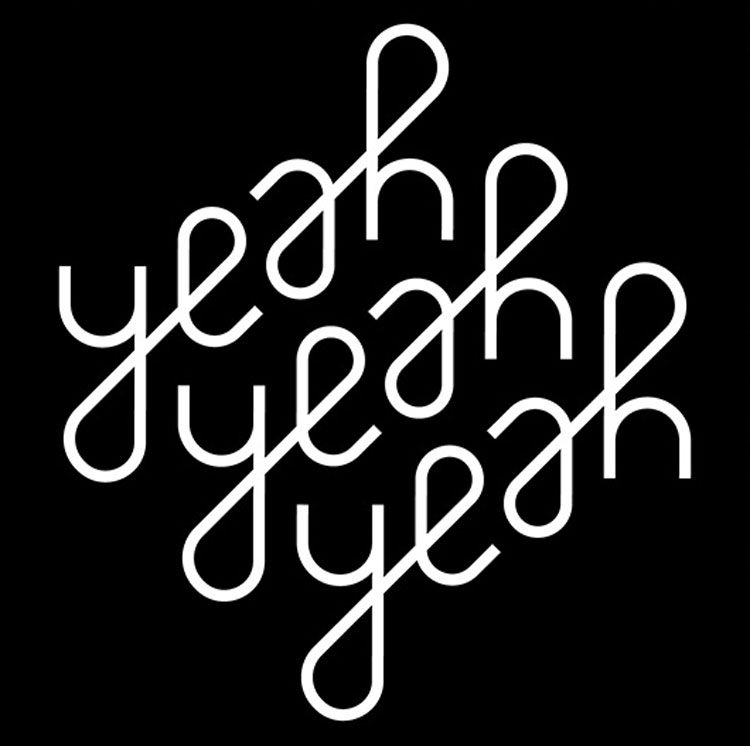 Simms has worked across multiple disciplines with Scher since 2014, including projects in typography, installation and graphic design, for clients like The New York Times, streaming service Hulu and the National Centre for Civil and Human Rights. His most recent project has seen him create an identity for the Atlantic Theatre’s 2019-2020 season programme.

Alongside his work with Pentagram, Simms also teaches design at the School of Visual Arts in New York. With this in mind, visitors can expect his talk to navigate his own career and the industry as a whole. 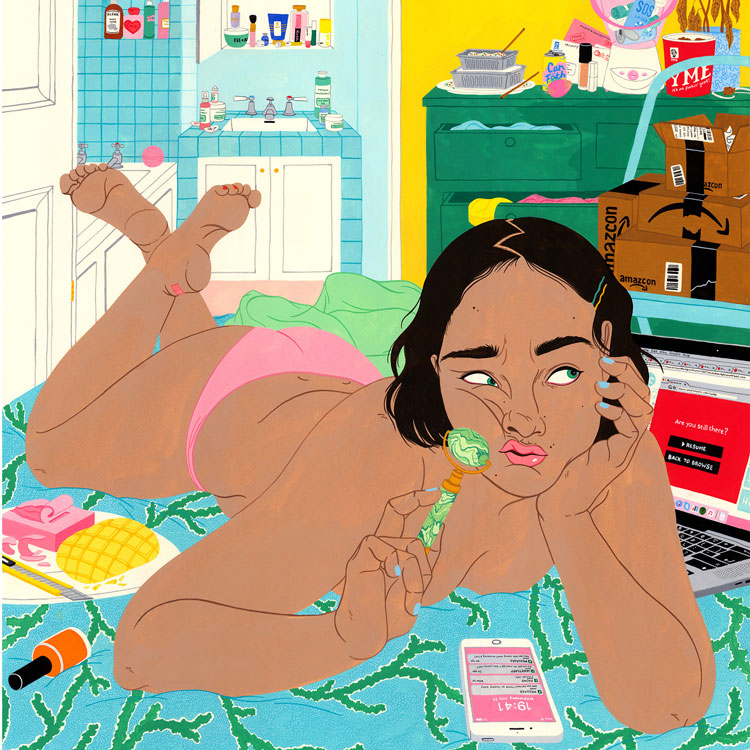 Callaghan’s subject of choice is often women, to which she says: “I like to draw women with strength, but that’s not to say they are perfect and together characters.”

Callaghan boosted her early career by becoming the illustration editor of Oh Comely, a bi-monthly women’s magazine. From there, she developed her own identifiable illustration style, which has earned her clients like the V&A, The New Yorker, The Body Shop and the Tate.

With these experiences in tow, Callaghan will take to the main stage of Offset 2020 to talk about her career, developing her signature style and creating a strong personal brand. 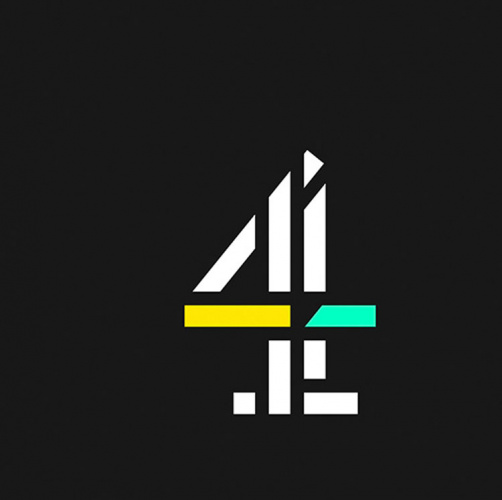 Having worked for clients like Channel 4, Netflix and the Premiere League, DixonBaxi is a studio that prides itself on brave, impactful branding. The consultancy was established by friends Simon Dixon and Aporva Baxi in 2001 in an attempt to “challenge the status quo and rethink branding”.

The studio claims to have reached some three billion people through its various projects and work, both in the UK and internationally. As the studio approaches its twentieth birthday, founders Dixon and Baxi themselves will take to the Offset 2020 stage to explore their studio’s past, present and future.

Visitors to the talk will benefit from the pair’s combined knowledge, which will focus around the DixonBaxi mantra: “be brave”. The team say this has helped them produce consistently relevant work over nearly two decades.

Andy Gent: With a filmography that includes Fantastic Mr. Fox, The Corpse Bride and Isle of Dogs, puppet maker Gent will deliver a talk informed by his extensive work on films and with stop motion.

April Greiman: Throughout her extensive catalogue of projects, Greiman has explored how colour, image and word inform graphic design. Her main stage talk in 2020 will span her 30-year career, which has earned her four honorary doctorates and coverage from Newsweek, CNN and The New York Times.

Michael Wolff: How I designed the Labour rose