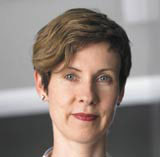 In a move that should benefit designers, the Government has earmarked £200m of Lottery funding to improve children’s play areas across the country.

Jowell says the Big Lottery Fund money will make a ‘massive difference’ to the current quality of amenities in the UK. There will be no fixed amount of funding; instead Lottery distributors will be permitted to decide how the money is spent across ‘a range of projects and innovative ideas’.

‘I’d hope the money is spent imaginatively and that the definition of play is not restricted to playgrounds,’ says Julia Thrift, founding director of Cabe Space, a division of the Commission for Architecture and the Built Environment that campaigns for improved parks and public spaces.

‘This is a massive opportunity for creative designers to get involved, but not just designers – their clients as well. There are more creative things that can be done than buying equipment straight from a catalogue. Lots of things can be achieved with landscapes, for example, and product designers might look at designing play equipment,’ she says.

According to Stephen Dunmore, chief executive of the Big Lottery Fund, decisions on forthcoming programmes will be made later in the year. ‘We are developing our future funding portfolio following a UK-wide consultation to establish priorities,’ he says.

Thrift believes that projects could inject more ‘excitement and risk’. ‘Adventure playgrounds might look dangerous, but if money is spent on well-trained staff they are very safe,’ she adds.