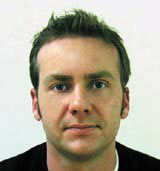 De-construct is the first UK digital design group to be bought by Aegis, which is itself the subject of merger speculation, and it will become the lead creative consultancy within the UK network, according to Fred Flade, creative director at De-construct.

In the UK, Isobar currently includes Diffiniti, formerly known as Carat Interactive and Carat Digital, but the group is likely to expand as Aegis looks to acquire businesses in other digital sectors.

De-construct will retain its trading name and staff will remain in the consultancy’s London offices. It will work with Aegis’s existing clients to ‘exploit the possibilities’ of creating digital design-led solutions that can better influence off-line media activity, says Flade.

De-construct is collaborating with Panasonic Europe – a current client of both De-construct and Diffiniti – to develop on-line campaigns. It is also creating a digital global campaign for Adidas, a current Carat Digital client, to launch a new trainer, the 1 Shoe, in March.

‘It was not part of our game plan to sell after three years, but it was the right opportunity and reflects a new, more integrated approach to digital communications,’ says Flade. De-construct was born out of Deepgroup which went into liquidation in 2001.

Wake for Will Richardson