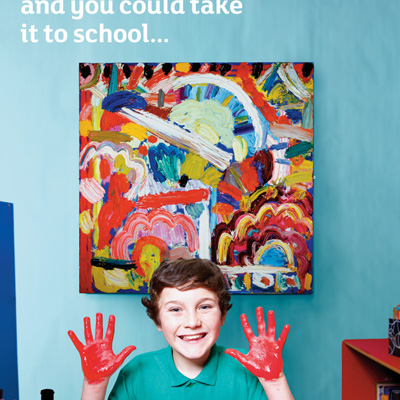 Sumo Design has created a digital and print campaign to celebrate paintings found in Yorkshire’s museums and galleries for the Yorkshire Regional Museums Hub.

Sumo was appointed in September 2010 following a credentials-led pitch. It was selected because of previous experience using new media to create conversations around the arts, says Sumo creative director Jim Richardson.

Sumo was briefed to create a print and digital campaign that would select Yorkshire’s favourite painting, but widened the scope to allow the public to talk about what different works mean to them, says Richardson.

He adds, ’Rather than have one winner, we wanted to acknowledge that everyone will have a different idea of which is the best painting.’

The public will be able to share their stories about pieces of art and the most enthusiastic and popular entrants will win a copy of their painting.

The photography is inspired by the works and include a workman in his garage who has a nude by Antonio Rossi up on his wall instead of a naked calendar and a woman reclining on her sofa in the same pose as the subject in James Jacques Joseph Tissot’s The Convalescent.

As well as the series of posters, Sumo has worked on the project’s website, guerrilla marketing and social networking campaigns, which launch next week.