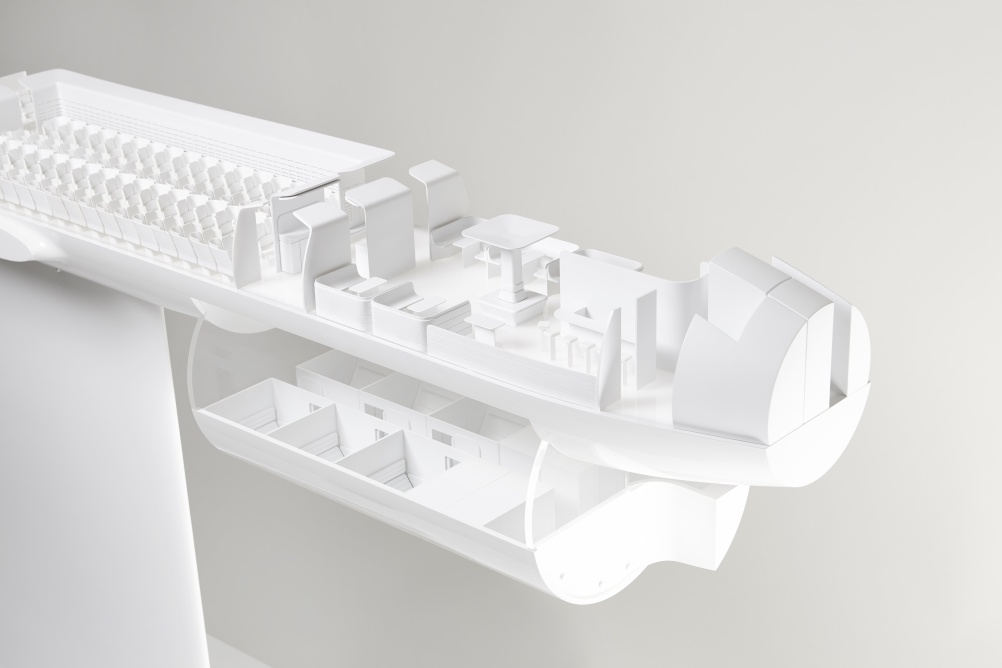 Consultancy Territory and aircraft interior company Zodiac Interiors are developing a concept for aircraft interiors which reject the current “grid-like” designs in favour of new spaces based on “the free movement of people”.

The new “desire lines” concept has been developed by Territory director Luke Miles, a former global head of design at airline Virgin Atlantic, Hugo Jamson, and the wider team at Territory.

Zodiac Interiors’s sister company Zodiac Seats recently released a concept for “face-to-face” airline seating, which was described by commentators as “the most nightmarish idea for plane seating ever”.

The new “desire lines” designs are proposals for now, with Zodiac and Territory saying they could influence aircraft interior design in ten years’ time.

As well as being based on the “natural flow” of people, the designs also reappraise the existing traveller class system.

The new concepts feature “sleeper service” cabins. Placed at the top-deck of a double-decker cabin, these feature a sofa bed, wide-screen entertainment and social or working space for two passengers.

The “universal rest” seat is designed to fit passengers’ movement during the flight, while the “modular economy” seat system features wing-backs for privacy and “tide breaks” that can create ad hoc spaces for families or groups.

“Blended space” lounges are designed as dining or social spaces, while corridors are redesigned as “light lounges”, featuring seating and dining spaces.

The “crown space” of the aircraft, which is traditionally dedicated to cabin bins or crew rest spaces, is used to offer a private bed to passengers.

Tom Eaton, head of advanced concepts at Zodiac Seats, says: “This is the first chapter of an ongoing exploration which reimagines the entire cabin from nose to tail.

“The concept seeks to break up the ‘tube’ of today both architecturally and in terms of service, entirely disrupting the notion of ‘one size fits all’.”

• How will we fly in the future? Designers make their suggestions

• The “most nightmarish idea for plane seating ever” – but could it work?

From Converse to Vespa to Pringles – which icons need a redesign?