Commercial space company Virgin Galactic has revealed the interiors of its space craft, which have been designed in collaboration with London-based design consultancy Seymourpowell.

The VSS Unity has six seats for passengers, and will take them 60 miles above the Earth. Tickets cost around £190,000. 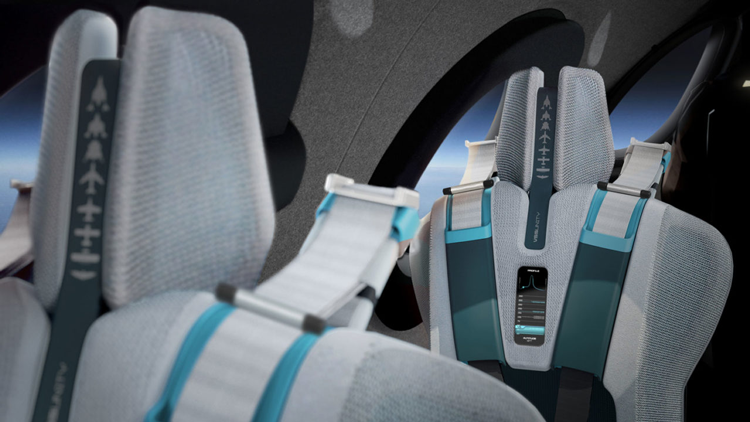 According to Virgin and Seymourpowell, the aim was to develop an “elegant but progressive, experience-focused concept for the cabin”. The total in-flight experience has also been considered, especially with regards to the social aspects of the space trips.

Virgin has also launched an AR app for the reveal which gives “aspiring astronauts and space enthusiasts” the opportunity to explore the cabin and the “spaceflight experience”. 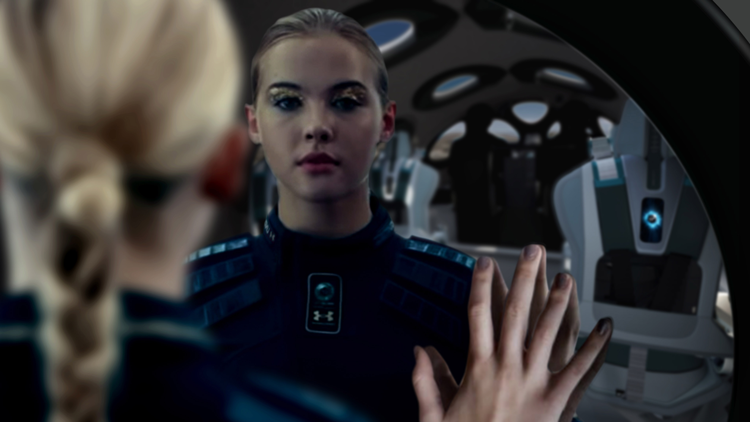 The cabin itself has been sized to permit an “out-of-seat weightlessness experience for the astronauts on board”. Many of the details have been built around this “critical part” of the experience. These include soft surfaces and “intuitive” additions like hand and footholds which aim to allow free and full movement around the cabin.

The centrepiece of the cabin is the “Halo” window formation which allows for 360-degree views of space. The twelve large windows have soft extended edges in an attempt to facilitate the viewing moment.

In what is being called a first for space travel, there is a large, circular mirror on the aft bulkhead (the rear component of an aircraft) which “allows astronauts to view themselves weightless while illuminated by the natural brightness of the Earth”. 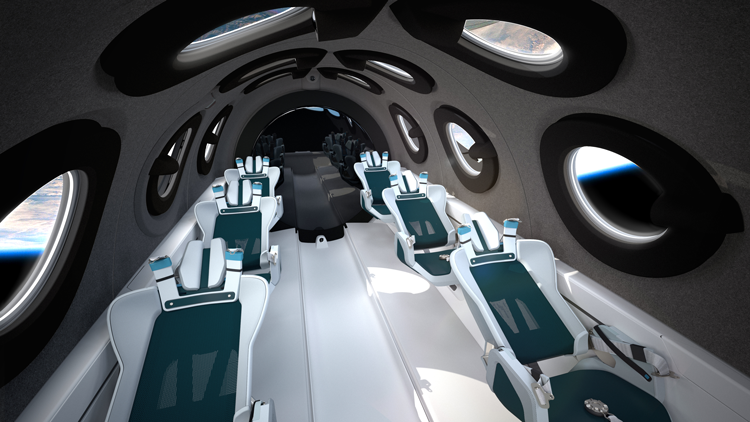 Although the vehicles have out-of-this-world destinations, many of the touch points are familiar. The textures, colours and structures within the cabin have been chosen to “inspire a sense of confidence” from when travellers first board the spaceship.

Lighting has also been used as a way to create an emotional response. Multi-colour LEDs are concealed in the “Halo” window which is used to “subtly reflect back and therefore elevate, the human responses to each of the contrasting stages of flight”. At the “pinnacle” of the experience, as the Earth comes into view, all lighting in the cabin is turned off which seeks to create a “profoundly beautiful vista”, Virgin says. 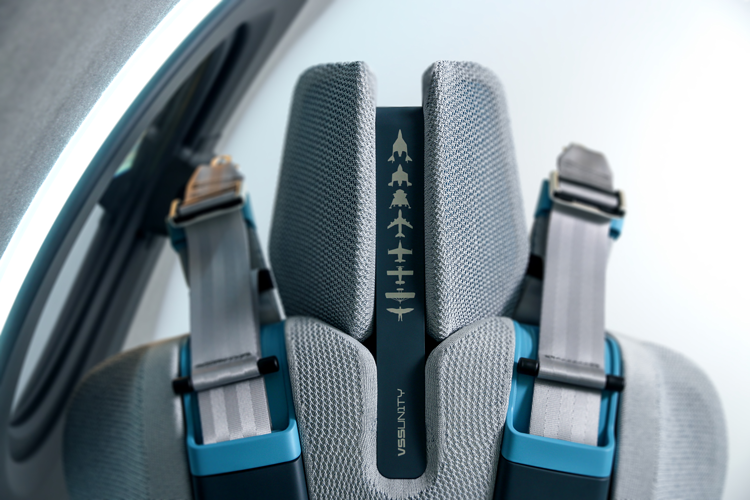 Seats are individually sized and have been created using the “highest-grade” aluminum and carbon-fibre manufacturing techniques. The 3D knits have been developed by sports apparel manufacturer Under Armour. These have been designed with a blue colour palette; blues are meant to “conjure celestial spaces” while the teals have been inspired by the ocean which “grounds travellers back to Earth”. Golden metallics resemble “luminous desert sands”.

The social media aspect of this experience has been a driving factor for its design. There will be 16 cameras in the cabin, and more mounted externally which will “generate high definition output”. Virgin says that this footage can be used for Instagram posts or a “beautifully edited and historically significant personal movie”. 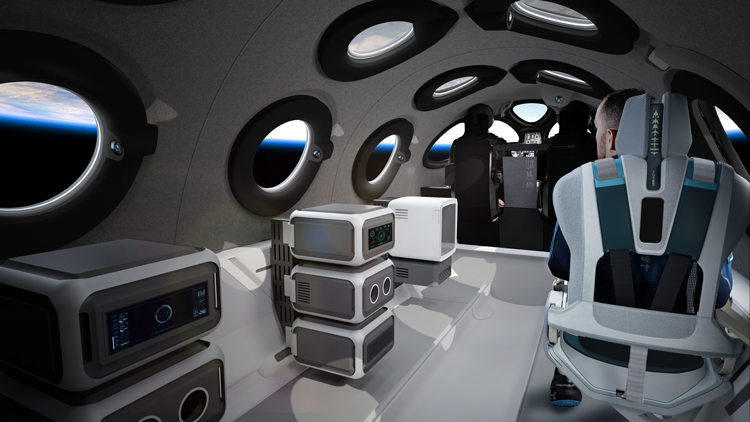