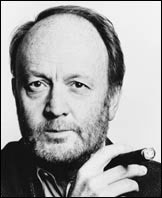 Now senior partner at Pentagram in London, John McConnell has had a 40-year career in design, winning a total of 12 British Design & Art Direction gold and silver awards. But when he started out in the 1960s, it was all very different to today’s design industry, with just a few influential individuals, like FHK Henrion and Abram Games. ‘Design was an unheard of profession. Kids nowadays have no idea how new it was,’ he says. He started in advertising as a commercial artist, then taught design as well as scraping a ‘hand-to-mouth’ existence as a graphic designer, designing record sleeves for £1 per record inch. His consultancy ended up working for Penguin Books and Biba, before co-founding Pace photosetting in 1967 and joining Pentagram in 1974.

Over the years the nature of his work has changed. He admits he is not quite as fired up as he once was about ‘chasing type around a letterhead’, but is instead more enthused by the strategic potential of design as a consultant to major clients – since 1983 he has been consultant to Boots and currently serves on the Royal Mail Stamp Advisory Committee. While he looks back on his 1960s days as a high point (and the 1980s as a low), he is not overly nostalgic: ‘I think it’s terrific now.’ And although he finds it harder to get up in the mornings these days, retirement has no place on the agenda: ‘I can’t think of anything else I can do. No one has found me out yet.’

Give Citigate Lloyd Northover some credit