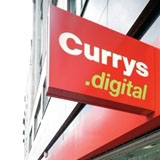 High street retailers must continue to roll out innovative formats if they are to stay one step ahead of their on-line rivals, according to a series of stark warnings in Mintel’s latest research report, written by Clive Vaughan.

The study investigating the European on-line retail market also claims that the days of the ‘big book’ mail order catalogue may be numbered.

Vaughan believes that Internet retailing has ‘finally come of age’ as broadband is taken up across Europe. He speculates that the bricks-and-mortar retail outlets will have to ‘try harder’, reassessing merchandising systems and elements of customer service to create a more compelling proposition.

This view is shared by Neil Mason, senior retail analyst at Mintel. ‘Physical shops will not sit and watch their trade drain away. They will respond by making the physical shopping experience more enjoyable and rewarding, with much better interaction from informed and trained staff,’ he says. Vaughan goes on to argue that the weaker companies may suffer at the hands of the on-line retailers, citing Littlewoods as an example of a brand that failed to adapt and lost its way. Vaughan also speculates that ‘inevitably the big book will quietly disappear’ because of rising publishing costs. However, he does stress the ‘wow factor’ associated with retail outlets, explaining that ‘good in-store design can have an edge over the Internet’.

Recent changes on the high street reflect this boom in on-line retail. In April, Dixons announced that it was to abandon its outlets for an on-line proposition. Sister company DSG International Currys moved into the retail space operating under a revised Currys.digital marque.

Household was appointed early last year to help create the in-store graphics and point-of-site insignia to develop the tone and personality of the retail concept.

The project is very much still work in progress, with many of the designs yet to be applied to retail outlets. The shops are being designed to feature more play areas for interaction and eventually customers will be able to purchase Currys’ white goods items through on-line links (DW 13 April 2005).

Household insights director Michelle Du-Prât believes that retail outlets and on-line are still capable of sitting comfortably alongside each other. ‘Often there is a panic that one channel will replace another, but as consumers we need different things and each has a different attached value,’ she says.

• 65 per cent, almost two in three adults, now have access to the Internet

• When buying on-line, 50 per cent of Internet users have bought from the site they are browsing