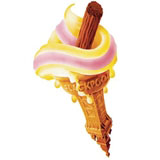 Ever hotter summers and projects such as Thomas Heatherwick’s planned seaside café are leading to an invigoration of seaside resorts. Hannah Booth considers both the avant-garde and traditional aspects of design for the British seaside

Littlehampton may not yet be a design lover’s destination like its south coast neighbour Bexhill-on-Sea with its glorious De La Warr Pavilion, but it soon will. The small coastal town is the site of East Beach Café, a small but significant building by Thomas Heatherwick, his first in the UK.

The beach-side café/restaurant is suitably avant-garde, as you’d expect from Heatherwick. It’s a long, narrow, rippling building perched on the seafront that resembles a large piece of driftwood or a rocky outcrop, with a steel outer shell cut into vertical slices. ‘The seaside at Littlehampton has a raw beauty. It isn’t fiddly or fuzzy, or about dolphins and anchors,’ says Heatherwick. ‘Our challenge is to build a functional and durable structure on a tight budget,’ he adds. 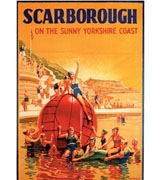 East Beach Café, which opens next spring, hopes to become a local café as well as an attraction for the area. It will sit on the town’s promenade and will incorporate a 60-seat dining room with a glass front, linked by a metal line inlaid into the promenade to a deck for people wishing to eat outside. It features a takeaway kiosk at the front for passing customers and, inside, underfloor heating to warm it in winter. Signage will be incorporated within the design of the building from the outset to ‘minimise visual clutter’ and not impinge on the narrow promenade, Heatherwick explains. The restaurant will serve traditional, seasonal, locally-sourced British fare/ fish and chips, cockles, crumpets, kedgeree and Welsh rarebit. Heatherwick was briefed last September by clients Sophie Murray and Jane Wood and aims to start work later this year.

East Beach comes hot on the heels of another top-end seaside eaterie, Jamie Oliver’s newly opened Fifteen restaurant on Watergate Bay beach near Newquay, designed by Absolute (DW 2 March). Meanwhile, Margate is still struggling to justify the spiralling costs of its projected Turner Contemporary gallery, aiming to mirror the success of Tate St Ives. Yet all are significant additions to the gradual reinvention of the British seaside town, marked by the introduction of ambitiously designed restaurants, cafés, shops and galleries and, in East Beach and Fifteen, quality food. In other words, urban design standards are being applied on the coast.

However, different rules apply. In designing for the seaside, context is everything, says Heatherwick. Elements that work in cities don’t always translate, as he discovered. ‘Our building has been designed to fit into [a seaside] context,’ he says. ‘We’re opting for naturally finished materials that respond well to the local environment.’ To that end, the steel exterior is designed to weather well in the high salt content of the sea air, and will rust artfully as it ages. Similarly, at Fifteen, the popular sandy-floored beach bar underneath remains, and chandeliers were rejected for the restaurant interior because their image was too ‘urban chic’ and out of place with their surroundings. Such eateries are designed as much for urban customers as local ones: East Beach hopes to attract ‘small children in flip-flops as well as urbanites enjoying a weekend by the sea’, says Jane Wood. Heatherwick agrees, suggesting that at East Beach ‘you can eat a Mr Whippy or drink Dom Perignon’. 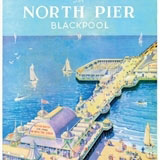 The most influential seaside design ‘makes the most of being on the seafront and beside the sea’ – East Beach Café is designed with the weather in mind, believes Fred Gray, author of a book out this month, Designing the Seaside. ‘Architecture is an essential ingredient in fashioning the seaside,’ he says. The seaside experience ‘is framed and conditioned by seaside architecture.’ It’s not just cafés, pavilions and piers, Gray suggests, but details such as promenade railings and beach huts which contribute to Britain’s distinctive seaside vernacular. The book briefly covers seaside interiors, which tend to ‘turn to an idealised, romanticised seaside’, something Heatherwick is keen to avoid with East Beach.

Just as important are the graphics that Gray looks at – posters, postcards, promotional material, brochures, websites – which play a vital role in packaging the seaside to the consumer. The most successful refer to the local architecture – Brighton Pier, Blackpool Tower – he says. For example, a poster from 1989, designer unknown, inverts Blackpool’s iconic tower to form an ice cream cone. It was reworked nearly 15 years later as part of a tourist drive called ‘Blackpool: So much fun you can taste it’. The tower is in the background and becomes the flake in an ice cream. Design may give the illusion of returning to the coast but, it seems, it never really went away.

Designing the Seaside is published by Reaktion Books, price £29

Watch out for bad clients