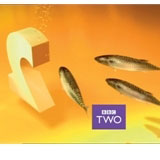 The proliferation of digital broadcast technology is forcing designers to rethink their strategy and update their skills, says Trish Lorenz

Those in the know have been talking about on-line TV and on-demand programming for several years, but, for many consumers, the concept was just pie in the sky. Until now.

Today, more than half of us have digital TV, and broadband is growing faster in the UK than any previous consumer technology. Digital radio is also taking off, as are mobile technologies, on-demand and high definition TV. This has become the year when we stopped merely talking about new media and started watching it.

Broadcasting behemoth the BBC has seen the tide turning for some years. As early as 2004, the corporation’s director general Mark Thompson was talking of ‘transforming the BBC into a state-of-the-art digital broadcaster’. Last week, he moved into action, announcing that the BBC was to launch a Future Media and Technology division, led by Ashley Highfield.

Tasked with finding and developing new ways to present content to audiences, the FM&T division will concentrate on emerging technologies and manage all new media platforms and gateways, including the website, www.bbc.co.uk.

According to executive producer Matthew Postgate, broadcasting is ‘no longer about aggregating an audience around a single platform’.

‘Audiences are in charge and will access programmes in the way that suits them best. We want to focus on platforms that broaden audience reach,’ he says.

Thompson believes this move is essential because ‘media is being reinvented’. As he pointed out at the start of his tenure at the BBC, ‘Maybe not tomorrow or the day after tomorrow, but soon enough, there isn’t going to be any room for old media or old media organisations.’

Which begs the question – will there be room for ‘old media’ designers? Dunning Eley Jones partner Liz Dunning believes not. She says broadcast designers who still think ‘their business is about creating idents won’t be in business in the future.

‘It’s fair to say the set of deliverables that we are providing broadcasters with has changed radically in the past few years. Idents have even dropped off the list of deliverables in some cases,’ she says.

Lambie-Nairn chief executive Nick Hough agrees that the industry is going through a period of ‘radical and fundamental change’.

‘These new developments call into question the relevance of channel brands,’ he says. ‘The entire industry is organised around a channel structure, but the market is increasingly moving towards a programme [focus]. The days when you watched BBC2 because you knew the kind of programmes it would be showing are almost over.’

All these changes clearly have implications for designers working in the industry. Thompson points the way forward when he says, ‘We need to bring different kinds of creativity together, in technology as well as content.’ Dunning Eley Jones creative director and partner Marcus Jones says there is an increasing requirement for designers ‘to engage with clients at a technical level’. The group is working with emerging IPTV providers like NTL and BT Vision, and Jones says ‘requirements are becoming a lot more complex’.

‘We’re having to understand technology and sophisticated interfaces like the Microsoft platform and recognise issues like useability,’ he says.

These are the kinds of issues that Web designers have been grappling with for over a decade now and it may be that broadcast designers find themselves competing with groups like AKQA and Tonic for work in the future. AKQA already works with AOL and Sky, and Tonic is extending its remit, creating content for Viacom Outdoor that will be broadcast in London Underground stations.

‘We have reached the age of the screen,’ says Tonic partner Mark Porter. ‘Screens are now bringing us entertainment, information, transactions and communications in both personal messages and public broadcast. In the past 12 months, we have found that when we talk to our clients about TV-associated experiences, we try not to isolate the thinking to just one screen experience. We look to determine which type will be viewed most frequently by our client’s audience.’

His words echo Postgate’s view that audience, rather than channel, is the key consideration of the future. Jones and Hough defend broadcast designers. ‘Fundamentally, these changes don’t alter what we do, which is deliver robust, coherent ideas, regardless of medium,’ says Hough. 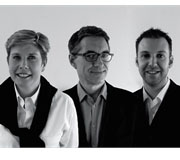 But the truth is broadcast designers are facing competition from all sides. Even advertising agencies have entered the fray, as Abbott Mead Vickers BBDO proved when it won the BBC2 idents project (DW 6 July).

And, although the next step TV will take is still unknown – ‘We can only guess at where it’s all going,’ says Hough – what is certain is that broadcast design groups will need to adapt, if they are to stay in business.

And that may mean that they have to add skill sets that, in the past, belonged firmly in the world of hi-tech.

How the BBC sees the future of television:

• On-demand is the third age of broadcasting and second phase of digital, giving audiences far greater control, personalisation and interaction

• TV will exist in a hybrid world until at least 2012, but is changing fast, as is the face of the competition, where gaming and providers of rich content are gaining ground

• People experience content across palm-held screens, PC screens and 304cm plasma screens, and have different expectations and experiences with each

• Will work across the entire BBC, taking responsibility for prioritising and directing technological investment

• New media staff will stay embedded in their departments, but line management will rest with FM&T