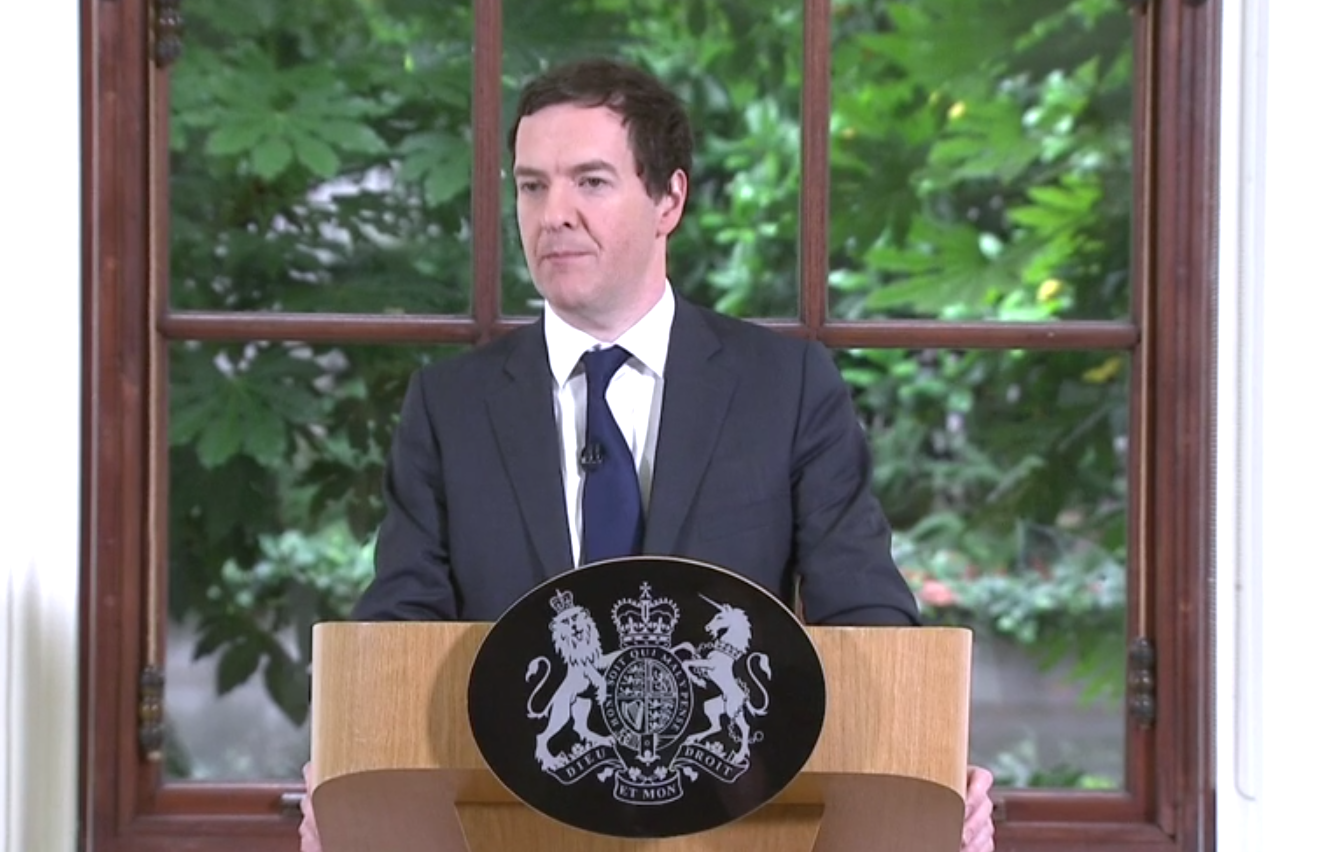 Chancellor of the Exchequer George Osborne took steps to calm markets following Brexit during a speech in which he also said that some companies are already “pausing their decisions to invest or to hire people.”

His comments follow last week’s EU referendum in which 52% of the UK electorate voted to leave the European Union and 48% voted to remain in Europe.

Osborne’s overall message was to “reassure the British people, and the global community, that Britain is ready to confront what the future holds for us from a position of strength.”

The Chancellor also sought to reassure business: “To companies large and small I would say this: The British economy is fundamentally strong, we are highly competitive and we are open for business.”

In order for the UK to leave the EU it will first have to trigger a piece of legislation under the Maastricht Treaty known as Article 50.

Osborne reiterated that Article 50 should only be triggered “when there is a clear view about what new arrangement we are seeking with our neighbours.”

In the interim period and during the Article 50 negotiations Osborne suggests that there will be no change to people’s right to travel and work or to the way goods and services are traded.  Article 50 gives member states two years to negotiate their exit.

Meanwhile business organisation the Institute of Directors has released a snap post-Brexit poll, which has shown that 64% of its members think that leaving the EU is negative for business, 23% think it is positive and 9% think it makes no difference.

In the same survey, which fielded the views of 1000 members, respondents were asked about recruitment. Although 32% of them said they will continue to recruit at the same pace, 24% said they will freeze recruitment and 5% have already identified that they will have to make redundancies.

IOD director general Simon Walker says that while businesses are shaken a robust response is expected.

“Working out how to adapt”

“Businesses will be busy working out how they are going to adapt and succeed after the referendum result. But we can’t sugar-coat this, many of our members are feeling anxious.

“A majority of business leaders think the vote for Brexit is bad for them, and as a result plans for investment and hiring are being put on hold or scaled back,” says Walker.

WPP chief executive Sir Martin Sorrell was one of the first to speak out against the result, which left him “very disappointed”. He also said: “The resulting uncertainty, which will be considerable, will obviously slow decision-making and deter activity. This is not good news, to say the least. However, we must deploy that stiff upper lip and make the best of it.”

A defiant Sorrell also said that four of WPP’s top 10 markets are in Western Continental Europe and that the company would therefore build its presence there further.

We’ve looked at the potential impact of Brexit on the design industry and spoken to insiders about how less free movement could affect business, how the industry’s inclusive reputation could be damaged, how copyright and design registration laws could suffer and how arts funding could be jeopardised.

A connected home robot that could take care of your health