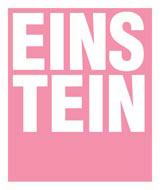 Snowboarding, Berlin and recycling are just three aspects of German life represented on Brighten the Corners’ posters and postcards designed to encourage British schoolchildren and students to learn German. The campaign is a follow-on from a similarly lighthearted project last year and is designed to play on the stereotypical view of Germans portrayed in the British press, with tabloid headlines and straplines. Thus Oliver Kahn, ‘Learn German (and let it all in)’ sits alongside Rottweiler ‘Learn German (it’s love at first bite)’. The work is launched in schools and colleges in April.