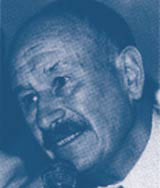 ‘We never underestimate the power of local knowledge’, says HSBC in its current commercial. It features a young backpacker making a circle of his thumb and forefinger. Throughout South America, the voiceover informs us, ‘this gesture means everything’s OK – apart from Brazil where it’s rather rude’, and we see the young man eliciting disbelief and hostility in a bar.

An Italian friend, just domiciled in London, was asked by a neighbour across the garden how her sick son was getting on. She replied with a thrust of two fingers, much to the discomfiture of the well-wisher. The innocent perpetrator knew that the sign meant victory and was conveying that the worst was now over.

That was soon after the Second World War, in which Winston Churchill had signed on to the ‘V for Victory’ movement. This propaganda campaign had been initiated in January 1941 by the BBC’s Belgian programme organiser. As Tom Hickman recounts (in ‘What did you do in the war, Auntie?’), he suggested to his compatriots that the letter ‘standing as it does for the French ‘victoire’ and the Flemish ‘vrijheid’, was an apposite rallying emblem… [and] the “V” campaign was taken up by the French, Dutch and Norwegian sections’.

Later the Morse Code signal for ‘V’, three dots and a dash, became the underground rallying call for resistance and someone in the Beeb realised that it was represented by the opening notes of Beethoven’s Fifth Symphony. It was an early pan-European corporate campaign and Churchill recognised its potential, rarely being seen in public without two fingers aloft, though careful to have them facing outwards and stationary.

In November 1942, Churchill visited Stalin, who was bearing the brunt of the European war. As he drove off from Moscow airport, he gave the V sign. The crowds were delighted. Two fingers. Second Front! At last. Alas, they had a further 19 months to wait.

But if gestures can be misinterpreted, so can seemingly obvious signs. An arrow pointing upwards is the conventional way of indicating straight on. But what if there is a floor above? And if the way to the London Underground is left, why should the left-pointing arrow be horizontal and not at a 45-degree angle downwards? (I am referring to Victoria mainline station concourse, which I recently tried to see through the eyes of a stranger.)

Descend the Tube station at Tottenham Court Road and make for the Central Line. You are soon faced by a large vertical map of the entire line coupled with the legend ‘Platforms 1 & 2’ – but with no indication of which platform takes you where. Further on there is – or was a couple of weeks ago – a whiteboard on which an official has written with a marker pen two lists of a few key stations covered by each platform. One up to the individual employee who thinks like the customer.

King’s Cross and St Pancras are adjacent mainline stations. They are served by one Tube station which bears both names. Confusion is possible and clear signage vital. During the war I spotted a sign chalked on a pillar at St Pancras: ‘This is not King’s Cross’. Somebody – a porter maybe – scrawled it to help travellers, mostly service personnel, in the blackout and a strange location.

Knowing what something is not is often as important as knowing what it is. In my local Safeway you can contribute to the Croydon Animal Sanctuary by buying a can of pet food and depositing it in a bin beyond the checkout. A few days after the scheme’s introduction there appeared next to the bin a handwritten sign: ‘Not for rubbish’. Echoes of Magritte.

There should be one question asked by all who are responsible for signage: ‘What can this possibly mean other than what we intend it to mean?’ There is the apocryphal story of the London Underground passenger who thought ‘Dogs must be carried on the escalator’ was a condition of travel. A sign in a London launderette read: ‘Please remove all your clothes when the light goes out’. I was addressed by a sign in English in a Prague hotel: ‘Do not use lift in case of fire’.

And some signs can have an effect the exact opposite of what is intended. The Tube again. A warning to watch out for pickpockets. It was eventually removed. The reason? Confronted with it, people would check their bags, tap their pockets, thus giving the lurking thief a route to the loot.