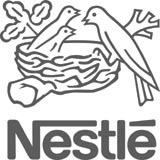 Nurko says many people are distrustful and cynical toward corporate rebranding with ‘touchy-feely’ logos. He believes that companies like Unilever must go much further than this to be completely open to consumer dialogue. Where corporate names were previously associated with the small print of helpline and complaints information, they must now pro-actively communicate the benefits of the company.

‘They need to be much closer to consumers, as they’re being challenged on all fronts by smaller, more aware firms such as Innocent [fruit drinks] and Method [washing up liquid], which talk directly to the consumer and which are keenly aware of production issues,’ adds Nurko.

There may be another, arguably less humanitarian benefit in thrusting Unilever to the forefront as an umbrella brand. The City reacts positively to such demonstrations of clear brand ownership, according to Jez Frampton, chief executive of Interbrand, which works with cosmetics and pharmaceuticals giant Procter & Gamble. ‘Investors like to see that a master brand controls all these successful sub-brands. Also, raising the profile of the master brand can help cross-promote the sub-brands,’ he says. This can all healthily inflate the share price.

Perhaps prompted by the strategies of rivals Unilever and NestlÃ©, P&G is also ‘looking at what equity there is in the corporate identity’, according to its US spokeswoman. The company is assessing the benefits of accentuating the P&G marque on its products. Outside Asian markets, this logo is presently ‘not emphasised’ on packaging for the company’s sub-brands.

Nurko says that in the West, and in the UK particularly, we live in a cynical, marketing-literate society. This, he says, is a good thing. ‘Consumers are saying to corporations: “Don’t just tell me; show me”.’ Increasingly, it seems, that is exactly what they are trying to do.