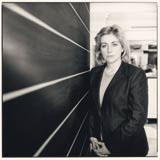 The jury is still out on last night’s International Design Effectiveness Awards, no doubt nursing a collective hangover. But the adventurous three-part celebrations could be a taste of things to come for Idea organiser, the Design Business Association, under the guidance of its new chief executive Deborah Dawton.

Founder of Design Events, Dawton is one of the most expert events organisers in the business. With the popular Packaging Solutions Advice Group debates, Interiors Forum sessions, Pan-European Brand Design Association congresses, the Design Sense initiative for the Design Museum and a host of activities for British Design & Art Direction, including the SuperHumanism conference, under her belt, she has experience of running just about everything from seminars to socials.

Having trained as a product designer, though never practised, Dawton has some some sympathy with designers’ needs. Above all, she is entrepreneurial. Having run her own small business for some seven years, she has much in common with most DBA members – it is the consultancy rather than the individual that joins.

She admits she was ‘surprised to get the call’ when she was approached for the DBA job, a position it turns out she had always secretly hankered after. ‘Things had been ticking over at Design Events and we had six or so major projects in the offing,’ she says. In discussion with the then DBA chairman Paul Priestman, she saw the opportunity for change – and took it.

Her remit is to create a vision for the DBA, in collaboration with its elected president and board, and handle the day-to-day running of it. What she thinks she brings to the party is ‘very real commercial awareness’. ‘I’ve inherited 200 new clients,’ she says of the DBA membership.

The membership is central to her strategy so far. ‘I’ve never had to recruit a member before,’ she says. ‘If people are dissatisfied we have to understand why.’ To this end, she is in the throes of conducting a survey of members, those who have resigned and new enquirers.

Her philosophy is that ‘if the DBA is about effectiveness, we have to be effective in all we do’. ‘If you get the process right it leaves you time to deal with people,’ she maintains. ‘Moving the organisation forward is all about satisfaction and assessing future needs. I’d like to see a process where we are more proactive in the businesses of our members.’

As for building the membership, she says, ‘The key focus is on developing relationships with the members we already have, involving them in DBA processes. In doing so, we will attract new members.’ The target is for a 30 per cent rise in numbers – ’50 groups or more’ – and she’s looking to attract the big groups as well as the more typical small consultancies.

The fact that Dawton disbanded Design Events shortly after taking on the DBA role in April and has since found DBA jobs for her cohorts, Alex Adie and Adam Fennelow, suggests the association will be back in business as a force in design with events of all sorts to educate and entertain its members. We might, in fact, expect to see some Design Events projects revisited under the DBA banner – Callum Lumsden’s brainchild Interiors Forum, for example, ‘came to a natural end’, she says, because sponsorship cash was hard to raise, ‘but we’ve got it on the back burner’. She is also optimistic about continuing the PSAG debates.

‘The model is there and it works,’ she says of the Interiors Forum. ‘It just needs the sponsorship to come back. It is a good way to get under the skin of an industry sector.’

People are key to Dawton’s approach to events. ‘A lot of it is about prompting debate and getting people to come off the fence,’ she says.

Her experience with the PDA gave her a ‘snapshot’ of the European scene and that is helping to inform the DBA’s thoughts about what its international focus should be. ‘We have to take the international possibilities very seriously if you look at the level of exports both DBA members and non-members are responsible for,’ says Dawton . It’s about British design, not just DBA members. There will be benefits for DBA members [in any DBA overseas initiatives], but we also have the remit to raise the profile of the design industry in its broadest sense.’

Dawton’s past lives have also brought her into contact with all of the key design organisations, which again bodes well for the DBA and for representation within the industry in general. One of former DBA chairman Paul Priestman’s masterstrokes was to foster links between the organisations, as well as giving the association senior clout, by bringing in Anthony Simonds-Gooding as non-executive chairman at the time he appointed Dawton. Simonds-Gooding holds the same position at British Design & Art Direction, whose own chief executive moved over to head the Design Council last summer.

It is the scenario that could only be dreamed of back in 1997, when the Halifax Initiative was launched as a collaboration between the DBA, the Chartered Society of Designers, the Design Council and Design Week to try to give design a single voice. Dawton’s professional links make that all the more feasible.

Training was also one of Design Events’ activities and a part of Dawton’s history. It is also one of the strengths of the DBA, that has continued from day one, regardless of the association’s ups and downs, extending from basic business training for member groups to the Design Does It collaboration with COI Communications and the Design Council to help Civil Service design buyers be more effective at their jobs.

‘We need to make the case for training [to consultancies],’ she says, ‘[by spelling out] what it can do for a business in terms of increasing staff charge-out rates, enabling them to take more responsibility, and so on.’ But it doesn’t end there. We can expect the DBA to take the Design Does It programme to the private sector.

And then there is effectiveness, the by-word of the DBA celebrated last night in characteristic style. Dawton’s mission here is predictably that of looking at new ways of measuring effectiveness – possibly the thing on which she will be most judged. In her own words, ‘To win the case for design, you have to win the hearts and minds of the chief finance officer by providing the best value for money.’

That’s not a bad mission for a DBA chief executive. We will have to see how she and president John Mathers pull it off.