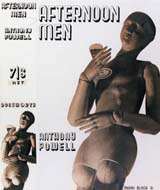 Acclaimed English novelist Anthony Powell’s vivid imagination is reflected on the covers of his books, by illustrators such as Sir Osbert Lancaster and Mark Boxer. Dominic Lutyens previews an exhibition depicting his life and work

HAVING initially dreamed of being an artist, the novelist Anthony Powell (1905-2000) was, not surprisingly, closely involved in choosing the iconic illustrations for his books. His best known work – the autobiographical, 12-novel sequence, A Dance to the Music of Time – was most famously illustrated by Sir Osbert Lancaster and Mark Boxer (who used the pseudonym Marc for his cartoons in The Times and The Guardian). Powell gave Boxer relatively free rein, but advised him to avoid caricaturing his characters in ‘a knockabout way’.

Boxer’s spidery, but elegant, illustrations portray Powell’s mammoth cast of characters with great economy, including his power-hungry, sycophantic anti-hero, Widmerpool, who is shown as neurotic, supercilious or permanently cross. Among Lancaster’s memorable illustrations is one for the novel The Kindly Ones, that shows the maid, Billson, handing in her notice, naked – a comic high point of the book.

Lancaster’s 1960s Penguin book covers and Boxer’s 1970s jackets, for Fontana, plus illustrations for hardback editions by James Broome-Lynne, are one facet of an upcoming exhibition, at the Wallace Collection, to mark the centenary of Powell’s birth. It’s intended as a portrait of him in the round, evoking his vibrant circle – consisting of people like Evelyn Waugh, George Orwell, composer Constant Lambert and artist Henry Lamb – partly via portraits, including one of Waugh by Lamb, and another of Lambert by Christopher Wood.

As a Tory and book reviewer for The Daily Telegraph, Powell was an establishment figure, yet he was also a Modernist, insists curator Jeremy Warren. ‘His first quartet of books were similar in atmosphere to Giorgio de Chirico’s melancholy cityscapes,’ he says. This is reflected in the photo-collages, created by industrial designer Sir Misha Black, for their jackets, which are also included in the exhibition. Picturing an artist’s wooden mannequin, these recall Surrealist artist Hans Bellmer’s drawings. 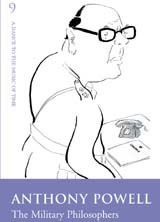 The show will also reconstruct a slice of Powell’s ascetic study, with his simple desk, chair and typewriter, plus the one thing that enlivened it – his filing cabinet, which he collaged entirely with Aubrey Beardsley images. Powell’s heavily annotated typescripts, his collection of art by Vuillard and Picasso, and the Wallace Collection’s famous painting by Poussin – which gave the name to Powell’s 12-novel saga – will also be on display.

‘Powell was a very visual writer, so it’s appropriate that his life should be seen in the context of lots of images,’ says Warren. ‘He was a friend of Francis Watson, a director of the Wallace Collection, and a fan of Poussin, so there’s a strong link between Powell and the gallery.’ Warren, head of collections at the gallery, was also responsible for the installation, with graphics by Consultants in Design. •

Design should be treated as more than a business tool