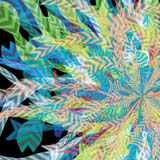 When it comes to designing with numbers, or interrogating computers for their poetry, John Maeda’s digital wizardry has few peers. John Stones talks to him ahead of his first major European exhibition

USING computers to design the world around us, to channel our thoughts and create our responses, has become imperceptibly natural. Digital and interactive installations, once futuristic treats, are now an, almost expected, element of large exhibitions.

In November, at the Fondation Cartier in Paris, John Maeda, one of the high priests of digital media, is set to have his first large scale exhibition in Europe. The work will mark both a new direction and a revisiting of old themes. Maeda, a professor at The Media Laboratory at Massachusetts Institute of Technology, is one the pioneers of digital art. He uses code to paint and create interactive spaces, stressing the simple use of technology, to produce work that has transformed our understanding of our relationship with computers.

The main part of the show is simply called Nature and consists of seven ‘digital landscapes’ projected on to large screens, relying on software to depict the language of nature.

Of this pastoral departure, Maeda says, ‘These are new images that I have wanted to do, but have not had the guts to make before. They are moving images, based upon how the computer looks, not physically, but conceptually. It’s about presenting some of my ideas about how nature and computers work, and comparing the two.’

The digital landscapes suggest an abundance of metaphors, the most obvious being the reversal of the alienating effects of technology, or, as Maeda would have it, letting us have a glimpse of ‘nature in the computer’.

But there is also another sense of the natural, and Maeda presents the idea that computers have come of age – that we have reached a historical juncture where our relationship with them has changed. As Maeda points out, ‘It’s now no big deal to do things on computers – it’s very natural.’

High art is all about the unique mark of the author, the imperfections that define character – the traces of which are eliminated by the standardisation of computers. Maeda explains, ‘Anyone can do everything in the same way with computers. I just want to play my own piano. Everything now has become too technology-focused.’ Art in its traditional sense is the inspiration. ‘I am very jealous of paintings that can just sit on a wall and last forever,’ he says.

The art Maeda refers to is Abstract Expressionism, in particular. As well as the cavernous, haunting and emotional spaces of Mark Rothko’s canvases, it’s Jackson Pollock’s action painting, encouraging interactivity by inviting the viewer to follow the swirls and drips of paint, that provides the clearest reference point.

This keenness to reintroduce the human touch and trace is apparent when Maeda says of the work, as if executed in oil paint, ‘It’s all done by myself. It’s my mess, it’s honest and raw.’ It is this ability to make computers and software recede, and make way for other considerations, that Maeda terms ‘Post-digital’. Emotionally, he says the digital landscapes are, ‘both happy and sad, but not distressed’. 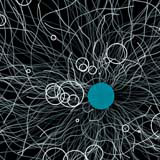 Alongside the landscapes, the Paris exhibition will include an interactive installation, aimed at children, entitled Eye’m Hungry. Using six computer stations, it is intended to provide opportunities for ‘interactive abstraction’, taking imagery of food as a starting point. This part of the show was born of curiosity, says Maeda, as he hasn’t really done work of this nature for some ten years, or run it on computers as powerful as they are now.

Since he created digital interactive art a decade ago, Maeda admits there has been a daunting level of activity. ‘There are so many people rushing into this space and, of course, there is good and bad,’ he says. But Maeda is not pessimistic. ‘There are a lot of new display areas becoming available – plasma screens on buildings and so on – and people are wondering what to put on to them,’ he says.

Is there anything Maeda hopes designers will learn from the Paris exhibition? ‘I hope any visitor will think, “Now I understand the computer, emotionally and conceptually, better”,’ says Maeda. •

Design should be treated as more than a business tool