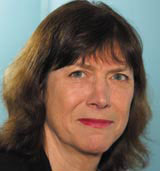 Debate has been rife in design since Chancellor Gordon Brown announced the Government’s plan to set up a design centre in Newcastle Gateshead in his Budget speech (DW 24 March). Should a national centre be based in the North East or should it be in London?

Now Royal Institute of British Architects president Jack Pringle has entered the fray with a notion to open up the institute’s London headquarters to non-architects and so create a ‘design’ centre there.

A Newcastle Gateshead centre fits the Design Council’s plan to run the first of its regional biennial design events in collaboration with One North East in 2007 – and there is a conveniently vacant lot in Gateshead, between the Baltic arts complex and the award-winning Sage music centre. But the London lobby is equally strong, given the efforts of a host of organisations to boost inward investment into the capital, at a time when design is seen as a great asset.

Brown didn’t say the North East centre should be a national facility or that it would preclude a similar centre being set up in London. But the argument is strong, nonetheless, for London to be the meeting point for commerce, creativity and culture.

London is not without its temporary ‘centres of excellence’ – take the annual D&AD Congress – but since the Design Council quit its Haymarket premises in the 1990s, and with them the shop, café and exhibition spaces to draw the public in, it has lacked a permanent space outside the museum circuit. Attempts to create a facility, notably at Battersea Power Station, have faltered, despite top-level backing from within design. These have proved too adventurous commercially and a nightmare politically.

Perhaps, therefore, Pringle’s plan is sound. The RIBA has a building and a culture of creative excellence and education. Coming from leftfield, he might just pull it off – at least for interiors and exhibitions folk, who tend to lack a home within design’s established bodies.