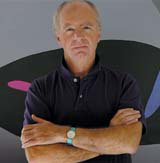 Mike Dempsey, the new Master of the Faculty of Royal Designers for Industry, is keen to raise its profile and instigate change. Hugh Pearman talks to him about harnessing the power of the Royal Designers.

We meet, at Dempsey’s request, on neutral ground. By interviewing designers in their studios, you get a feel for their work and their surroundings. But Dempsey, at 61, is something of an eminence grise of the identity and branding business, and is semi-detached from CDT, spending half his time there as chairman and creative director, and half at his home studio in Dorset. Besides, we are meeting mainly to discuss his impending two-year stint in charge of the Royal Designers, not so much the work of CDT. So – the Groucho Club it is, then.

The Royal Designers are an extraordinary bunch – the ultimate roster of design talent, as recognised by the Royal Society of Arts. Everyone from Ron Arad to Vivienne Westwood is a Royal Designer, alongside legendary names, such as Robin and Lucienne Day, Kenneth Grange and David Mellor. ‘Design’ is taken to mean everything from vehicle engineering to film production. Last year’s intake included Thomas Heatherwick, James Irvine and Matthew Hilton, and this year’s will be announced soon. As well as the greats of British design, there is a growing tally of overseas names, again the best in their fields. So, what to do with this remarkable resource?

An earlier Master, fashion legend Jean Muir, made it her business to publicise the colossal talents contained within the group. Another, theatre designer Timothy O’Brien, used those talents to launch the annual Summer School – an arena for Royal Designers to brainstorm with the up-and-coming generation. Dempsey is a veteran of the Summer Schools, which he now has the sponsorship to revive for a further three years. It quickly becomes clear that he sees the faculty as being a force for public good.

‘It’s an eccentric mix of people – they’re all very opinionated, and for good reason. Many of them have had enormous amounts of experience,’ he says. ‘It is a very wide church. We have every discipline, and a big span of ages, with people like Heatherwick and Jonathan Ive now coming in.’ Royal Designers, he says, are not shooting stars, which burn up – rather, they are comets, which keep coming around.

As a visual communicator – Dempsey’s designs grace everything from English National Opera to most of London’s South Bank – he knows what he has to do. ‘My goal is to make us more visible. I’ve thought for many years that nobody knew what the hell RDI stood for,’ he says. He found that, despite so many of the Royal Designers being ex-Royal College of Art luminaries, today’s students there have no idea what the initials stand for. Hence the introduction of ‘Royal Designer’. Anyone can work out that the title means a specially exalted example of the breed. 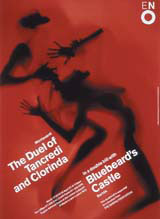 Dempsey knows what works and what doesn’t in graphic design. For instance, as the man who designed the original Independent newspaper and admired David Hillman’s Guardian, he laments the new compact Guardian’s loss of the distinctive sans-serif typeface that Hillman introduced. He recognises powerful design, and knows when the power is missing.

So what about the fire-power he can now muster? What can the Royal Designers do to communicate design issues, for instance, to the Government? Could all those illustrious names combine to instigate change? Dempsey thinks they can.

‘I want to try, whenever possible, to speak out on anything where I see that design could help in a powerful way,’ he says. ‘The faculty is about designing everyday life. Of all the things you come across during the day, without doubt you will come up against something designed by a Royal Designer. That’s what it’s about.’

Mike Dempsey’s inaugural lecture, ‘From cave man to spray can – a graphic journey,’ is at the Royal Society of Arts on 17 November. Space limited. Tel 020 7451 6868 for availability