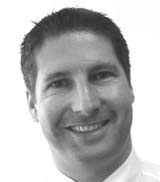 What can the branding industry learn from the revelation that it was concern about a negative reaction to the costs of branding, that prevented Czech Airlines from changing its visual identity?

I’ve come across many companies who have been very wary of being seen to be ‘wasting money’, by rebranding, in the eyes of their various stakeholders. The fact is, that purely cosmetic changes to a logo will be a waste. However, carefully considered developments to the brand, what it means and how it can be more effectively conveyed will enhance stakeholder value. It seems to me that Czech Airlines has done all the hard work internally. It’s a shame the company doesn’t want to tell anyone.

It’s a surprising decision because Czech Airlines is so well placed to relaunch its brand. Its business performance is good, it has improved its product and service proposition, and has just ordered a dozen new planes, which is a great way to showcase a new identity, as it can then be rolled out over the rest of the fleet as part of the normal up-keep programme. So it is likely that this is a political decision – or is the company simply unconvinced by the proposed new look?’

You don’t always hear the full story behind these things, but, if cost was indeed the issue, the lesson must be that we need to present ourselves more effectively, as relevant business partners that offer real tangible value, increased profitability and a major contribution to business success. We’re not just expensive re-spray merchants who hide behind branding jargon.

All too often, people think branding is only about visual identity. Actively building a brand means standing for something, and having 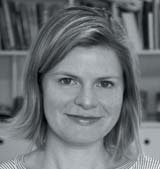 a strong backbone in the face of alternative opinion. The negative reactions at Czech Airlines may be about something far more serious.

Czech Airlines will find out sooner or later that it can’t afford not to manage its brand. But it’s a good reminder to our industry, to show that branding is money well spent and an essential, strategic tool.