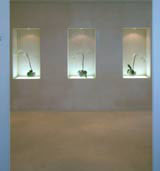 Air travel will never be the same again. The implications for the airline industry following the events in New York and Washington are long-term and operators have a tough task ahead to reassure passengers that flying is still the safest form of travel.

Security is the primary concern. Making airports and airlines secure and, just as important, communicating that message to the customer is what will encourage passengers to fly again.

Communication is a priority not only for airlines, but its partners in the Government, at the British Airport Authority, at tourist boards and trade unions.

‘Everyone needs to band together and communicate how the travel experience will be redefined or it affects everyone’s business,’ says FutureBrand Corporate managing director Christopher Nurko.

Airline staff also need to be reassured, a point re-enforced by the hundreds of flight attendants in the US reportedly too scared to fly.

‘Staff need absolute confidence that bosses are doing the correct thing in terms of providing proper training and communicating with the public,’ Nurko says.

And Nurko agrees. ‘The information contained on frequent flyers via things like loyalty cards may be used to communicate security measures to the passenger. Also throughout the entire journey, dialogue with the passenger needs to improve to reinforce the safety message.’

While the biggest challenge is an ‘invisible’ one, with security services battling to win the information war against terrorism, design will have a role in improving safety, in the air and on the ground.

Paul Priestman, director of Priestman Goode, which is working on designs for Heathrow’s Terminal 5, as well as projects for Lufthansa and Embraer Air, believes an integrated approach to airline travel will have to occur in the future.

‘It’s to do with system design. In other words, how you load the airline, where the baggage goes, how you check-in and board passengers. The way people can move in aircrafts may be restricted and the layout and design of cabins might need to change,’ says Priestman.

He suggests ‘a pressure bulkhead between the cabin and cockpit’ to prevent access to the cockpit, but concedes ‘that if someone is determined to hijack a plane it’s very hard to do something about that’.

Airbus has already developed a reinforced cockpit door that it says will withstand a terrorist attack. Airbus refuses to reveal the designer of the door.

Airport lounges, those ‘sanctuaries of calm’ on the way to boarding the plane, may become ‘holding pens where the passenger is made to feel secure’, believes Nurko. This means the lounge becomes an extension of the airline’s customer safety policies.

‘Order sends a subliminal message of reassurance to the passenger that the aircraft is safe which in turn comforts the passenger,’ she explains.

While airports in the UK have long been used to security procedures (there are no rubbish bins or letterboxes, for example), security in the US has not been as tight. That’s already changed.

‘Although I can’t really see there being big physical changes, there will be much less of an emphasis on encouraging people to linger in [US] airports,’ suggests Ford. ‘For example, the proliferation of retail outlets, including bars and restaurants, which contributes to a relaxed atmosphere in airports, will slow. But things like this can’t occur in isolation and a number of measures must occur,’ he says.

Despite the slowdown in air travel Czarska thinks now is the time for airlines and airports to put design projects into place, and not just from a security perspective.

‘All areas of the brand experience should be addressed, both in the air and on the ground,’ says Czarska. ‘There will be an upturn in air travel,’ she asserts, ‘so design work should be implemented now so as when the competition returns you are ready to roll.

‘Airline passengers are extremely fickle. You have to keep the edge on your product. And design work takes a long time to implement.’

Attitudes on both sides of the check-in desk will need to change if the industry is to recover. Safety must be made paramount on a permanent basis and passengers will have to accept things, such as the restriction of on-board hand luggage, that will alter the travel experience.

‘The security systems are there, they just go through heightened levels. It’s about what people are willing to accept,’ says Priestman.