The identity for Greater Lyon’s new cycling system, Les Voies Lyonnaises, has been revealed with a logo that speaks to the “fluidity” of transport.

The branding – which includes a logo, icons and signage – has been designed by Paris studio Spintank in partnership with industrial designers Yellow Window (based in Paris and Antwerp). 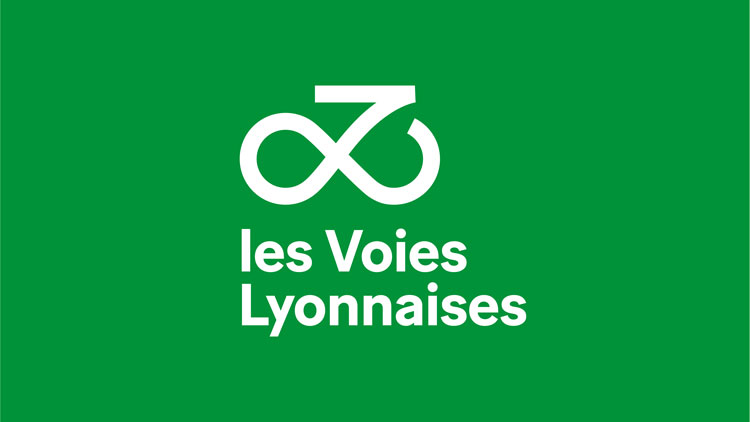 The cycling infrastructure will cover 250km of express pathways across 12 routes, connecting suburbs to the city centre.

Construction work commences in autumn 2021, and the first phase of development is set to be completed in 2026. By 2030, the network is due to expand to 320km.

An identity designed for hesitant cyclists and enthusiasts alike

According to Spintank senior consultant Julia Ternon and creative director Jonathan Mignot, the “positive, friendly and inclusive” identity had to appeal to existing and potential cyclists in the region.

“One of the main goals was to illustrate and embrace that there are so many different kind of bikers – people who are very confident and bike everyday, people who want to do it but are a bit scared,” Ternon says. 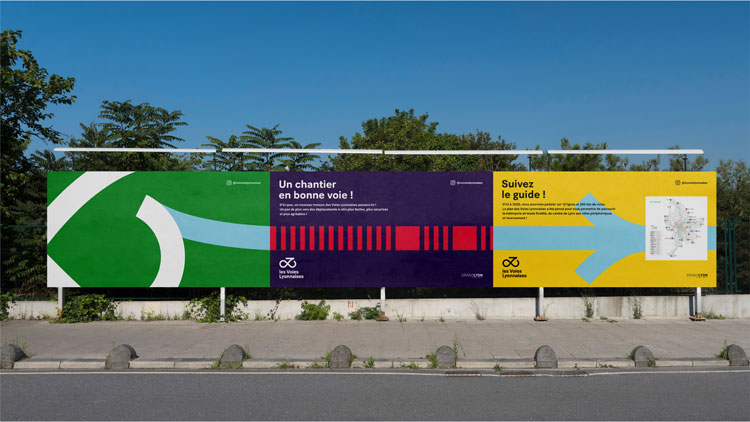 The name plays on the dual meaning of the word voie in French, which can mean both ‘voice’ and ‘way’. “When you say les voies Lyonnaises, you’re saying the voices of the Lyonnaise as well as the Lyonnaise ways,” Ternon says.

The team also hopes that it will become part of everyday conversation, used by its acronym VL.

The visual identity began with the logo, according to the team. “The aim was to illustrate the idea of fluidity as you move through the city thanks to Les Voies Lyonnaises,” Ternon says.

Mignot designed the logo. Because of the project’s extended construction time – it will only be finished in 2030 – the designer had to create a “symbol that could last for many years”, he explains. 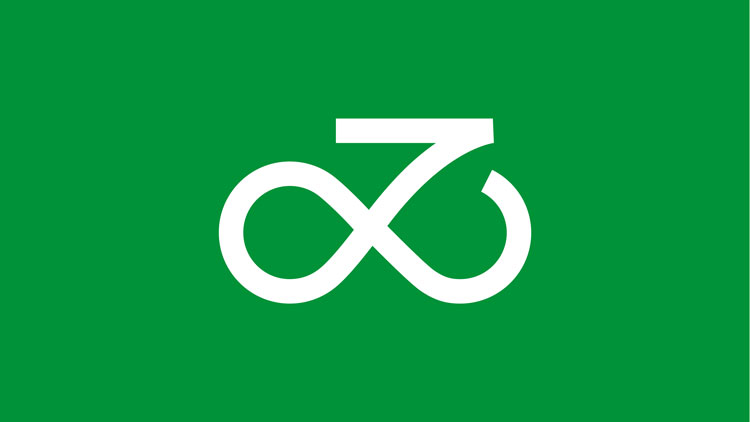 Simplicity was another key for Mignot. “I wanted to draw a sign that could be hand-drawn by everyone easily,” he says. He also hopes that it’s a “sign of pride for people from Lyon”.

While the shape resembles an infinity sign, Mignot explains that he didn’t have that in mind while developing it, instead focusing on “fluidity” and a flexibility in meaning. 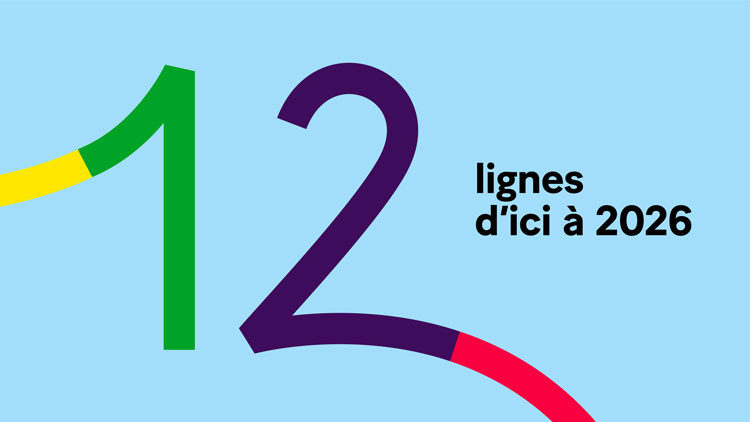 “We don’t know if in ten or twelve years, there are not only bikes on the infrastructure but scooters or things that are not invented yet,” Mignot says. In this way, the symbol will potentially have to take on meanings beyond a bicycle, which means that he was careful not to add to many identifying details such as a pedal or a cyclist.

There is also a reference to the letter ‘l’ (for Lyon) concealed in the design. The logo’s lines provided the foundation for the rest of the identity, where the curves appear in posters, maps, and illustrations. 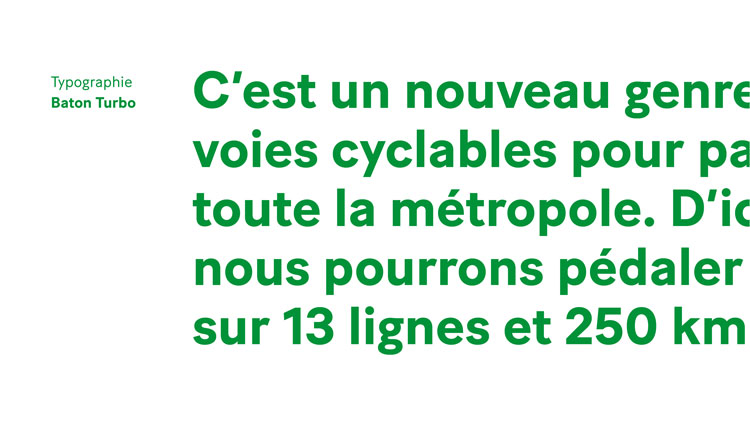 Baton Turbo, from type foundry Fatype, has been picked as the typeface because it was “inspired by vernacular French type”, according to Mignot. “We thought it would be cool to have some kind of history in the typography,” he says, adding that the typeface is also clear when used for signage.

While green was used as the primary colour partly for its environmental connection, it also represents hope, according to Mignot. “It’s a new hope for the city, a new hope for people who are going to have the choice for transport,” he adds. 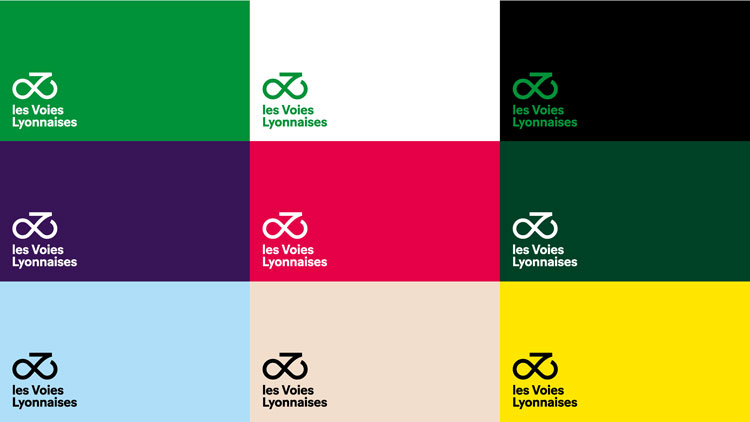 There is also a secondary colour palette, consisting of pinks, purples and blues, which seeks to reinforce an idea of inclusivity, Mignot explains. “They were chosen to be apolitical – they represent all different kinds of people’s views,” he adds.

For the launch, Spintank designed map icons which showcase points of interest along the first line to be built. This was an attempt to build excitement for the line, Ternon explains, highlighting not only the new routes, but places to discover along the way, and how the movement could help support local commerce, among other benefits. 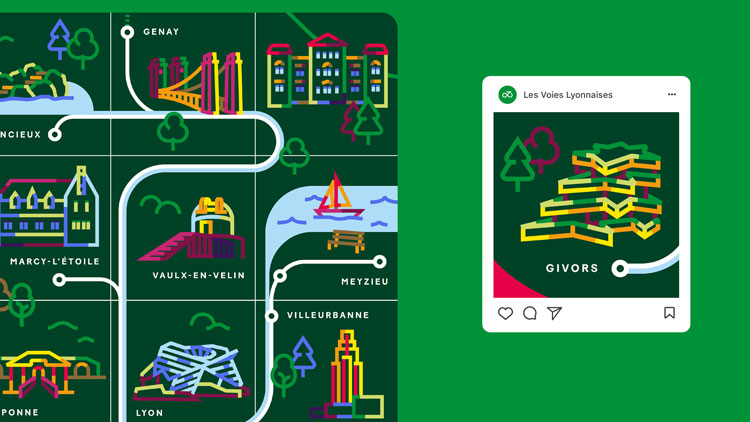 Spintank has also designed city-wide displays which will explain the initiative while the system is being built. Yellow Window is responsible for adapting the identity into the map and signage system, which will be completed in the future.

What do you think of the branding for Les Voies Lyonnaises? Let us know in the comments below.